As Teresa Miller gets set to leave at the end of April, Senators Judy Ward and John Yudichak are calling on the Auditor General to review her department's policies. 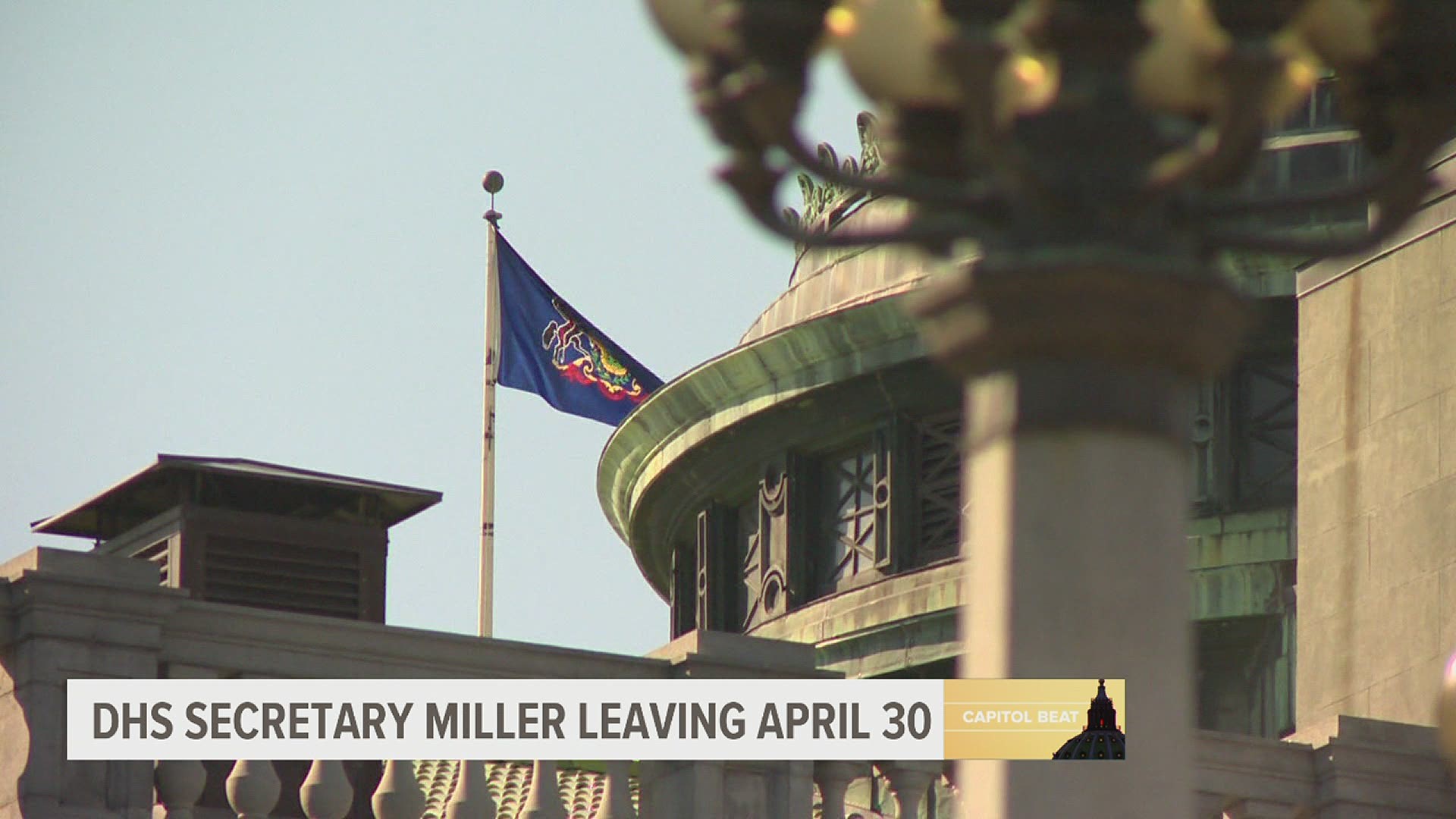 HARRISBURG, Pa. — Toto, we're not at the State Capitol anymore.

Teresa Miller, Pennsylvania's head of the Department of Human Services for the past three and a half years, will resign her position on April 30. She was recently named President and CEO of the Kansas Health Foundation, and will move to Wichita to start work in the non-profit sector this summer.

"I get to work on a lot of the issues I care about and am passionate about here. I didn't want to walk away from it," Miller told FOX43's Matt Maisel on Wednesday during the FOX43 Capitol Beat. "This is an opportunity to work on it outside state government, and in the perspective of philatrophy."

Miller joined Governor Tom Wolf's administration in 2015 as Insurance Commissioner, and moved to Human Services in 2017 where she has remained since. Before she leaves, however, some State Senators have some unfinished business to attend to.

Senator Judy Ward (R-Cumberland, Franklin), a Republican who chairs the Aging and Youth Committee, and Senator John Yudichak (I-Carbon, Luzerne), an Independent who caucuses with the Republicans, recently wrote a letter to Pennsylvania Auditor General Tim DeFoor. In the letter, they ask DeFoor to "review the policies, staffing, and handling of the COVID-19 pandemic as it relates to long-term care facilities" of both the Department of Human Services and Department of Health.

"We do need to make sure policies in place are good policies that this never happens again," Ward said.

She accuses DHS of too slow a response time to the pandemic, adding that the policies they had in place were inadequate, and helped lead to what they claim are 70% of all COVID-19 deaths in the early months coming from long-term care facilities.

Miller admits the first few weeks were rough. It was when the Republican-controlled legislature, she says, allocated $175 million to DHS to help form the Regional Response Health Collaboration Program (RRHCP) when their response turned around. Miller says the grant money from the RRHCP helped connect long term care providers with regional health network professionals.

"When outbreaks occured, we had rapid response, and experts were able to go out to these facilites very rapidly, and really do whatever needed to be done to contain these outbreaks," Miller said, adding, "There is no question the work we did saved lives."