We could have our next heat wave starting Sunday with high temperatures in the upper 80s to lower 90s. 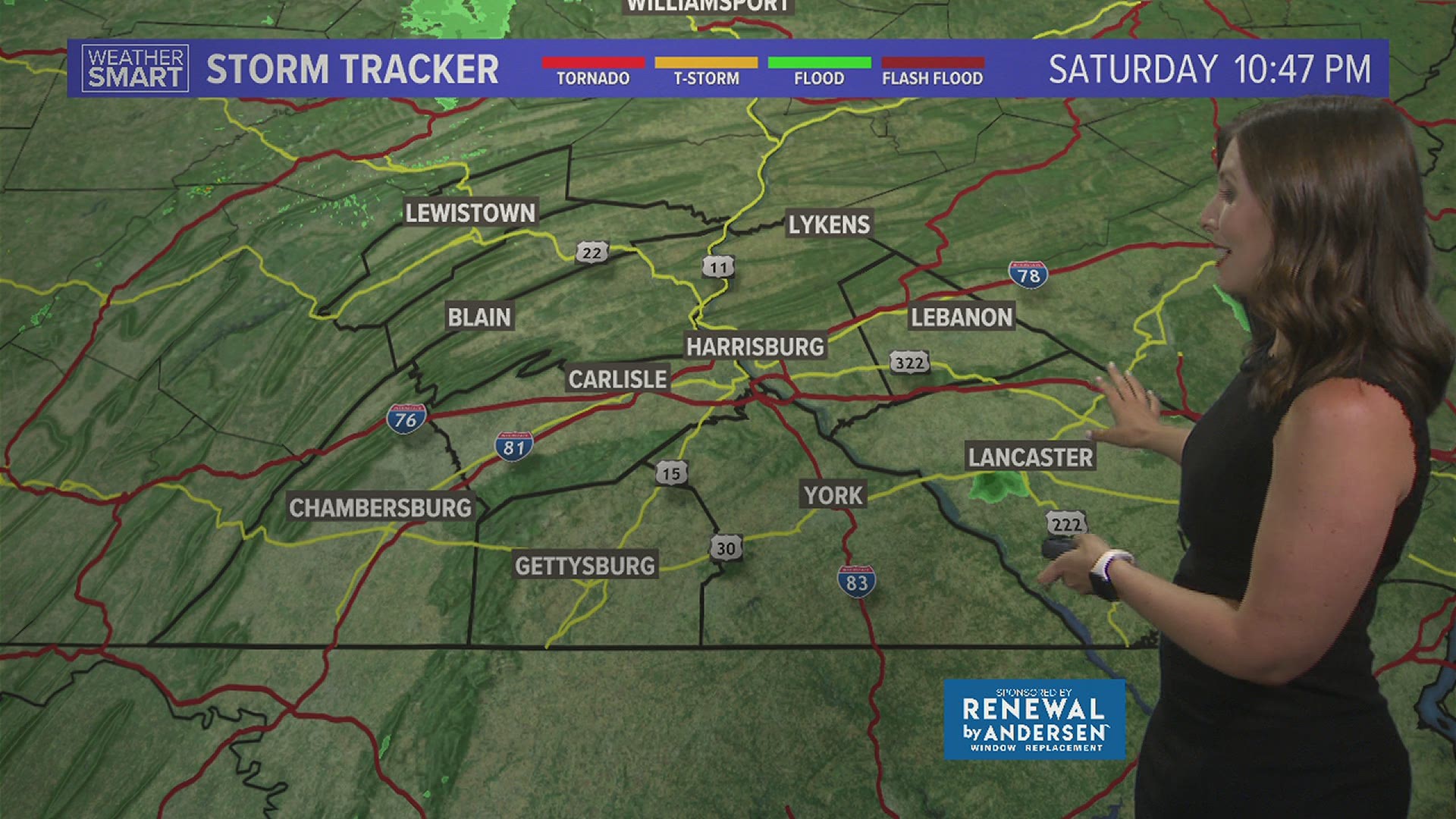 PENNSYLVANIA, USA — WARMER WITH A FEW STORMS: Despite a few rogue showers west of Harrisburg, the rest of our Saturday will remain quiet. Temperatures will be warmer tonight than they have been the past few days. Expect morning lows tomorrow morning to drop to near 70 degrees. Skies will be partly to mostly cloudy Sunday as we watch a weak front move in from the northwest. High temperatures will climb to near 90 before a few afternoon and evening storms. The area is under a marginal risk for severe weather, a 1 out of 5, so we could see an isolated strong storm with gusty winds the biggest threat.

ANOTHER HEAT WAVE: The final week of July ends a lot more like you would expect! Monday brings the chance for a stray storm, though most people remain dry. Temperatures approach 90 degrees again during the afternoon, with heat indices in the lower 90s. Sunshine mixes with clouds for Tuesday, which will be the hottest day of the weak. Expect highs in the upper 80s to lower 90s, with heat indices back in the lower 90s. Low temperatures for the start of the work week will also remain warm and near 70 degrees.

LATE WEEK RELIEF?: Our next system looks to come Wednesday into Thursday and bring the chance for a few showers and thunderstorms both days. Behind the front, more seasonal temperatures are expected with highs in the middle 80s and lows in the middle to upper 60s. A small drop in humidity is also possible, especially by the weekend!

Stay Weather Smart with FOX43! Have a great weekend!