Harrisburg police are seeing low rates of applicants, and current officers are leaving the force

"There's 100 and something officers still here willing to put their life on the line for everyone in this city," said Captain Milo Hooper 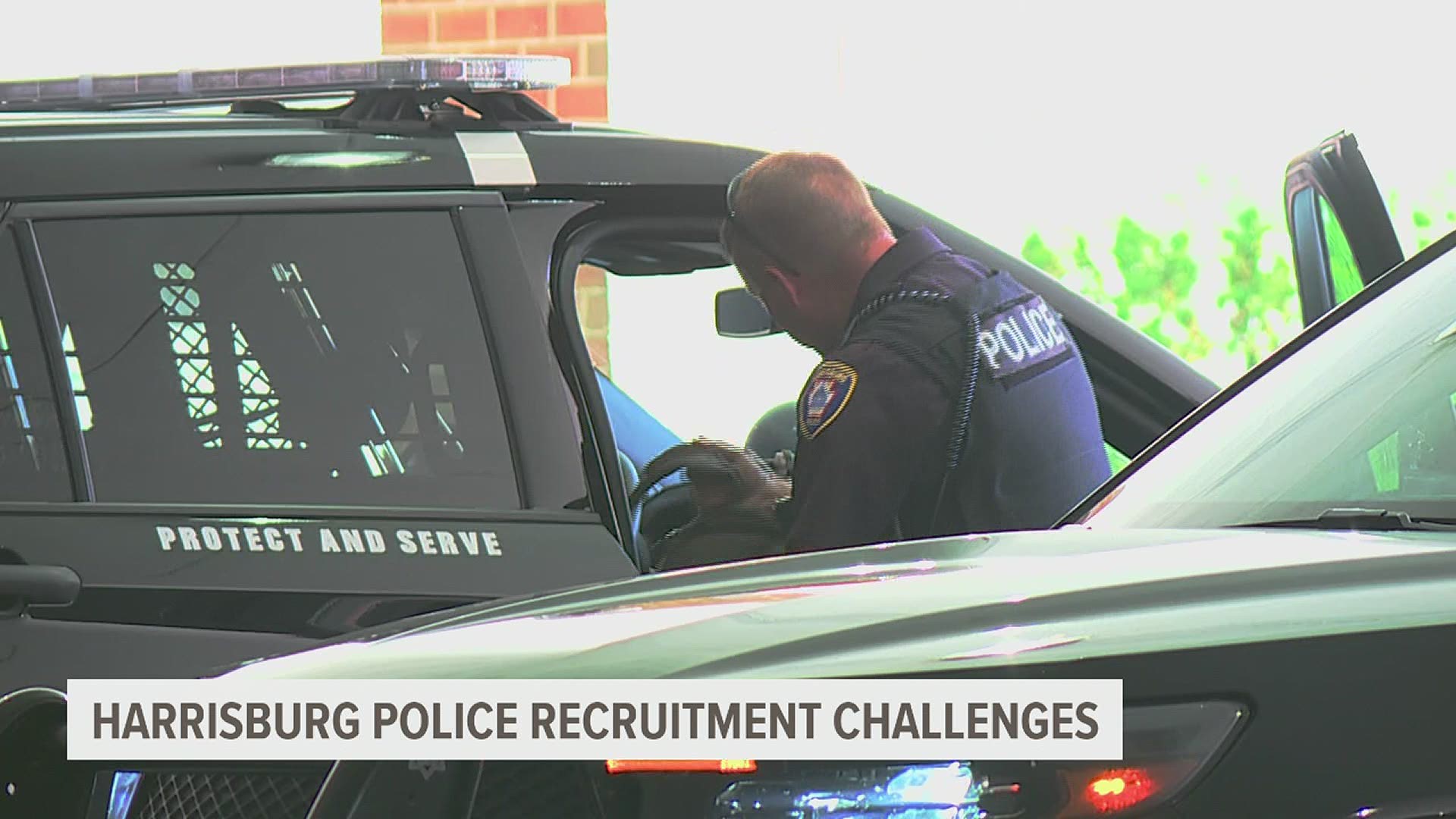 HARRISBURG, Pa. — The Harrisburg Bureau of Police has seen some changes through the past years.

While some may question if last summer's protest demonstrations have had an effect on law enforcement officers leaving the force, Captain Milo Hooper says this is not the complete reason.

"Some had joined other departments for different reasons, whether it's their family who wanted them to be closer to home," said Captain Milo Hooper of the Harrisburg Bureau of Police," whether it's financial, and they needed a different situation.

There are certain periods that contain contractual years which also have an impact.

"When a new contract is coming up, some people leave because they are like this contract is better than the contract I'm about to get to, I'm eligible to leave so I'm going to retire," the Captain said.

The police bureau has also seen a decrease in the number of applicants interested in the force.

The Captain says when people leave, varying departments are often interested in the same people making it difficult to staff fully.

"When people leave, you have multiple agencies in this area, fighting for the same group of people," he said.

Though there have been changes, Captain Hooper says the officers who are currently on the force are doing their best for the community.

"There's 100 and something officers still here willing to put their life on the line for everyone in this city," said Captain Hooper, "the more officers you have, the more they can handle these calls that are important to each and every individual."

Captain Hooper says the application process is open and welcomes anyone is interested in joining the Harrisburg Bureau of Police.