It is the first municipality in Pennsylvania to mandate vaccination for its employees. 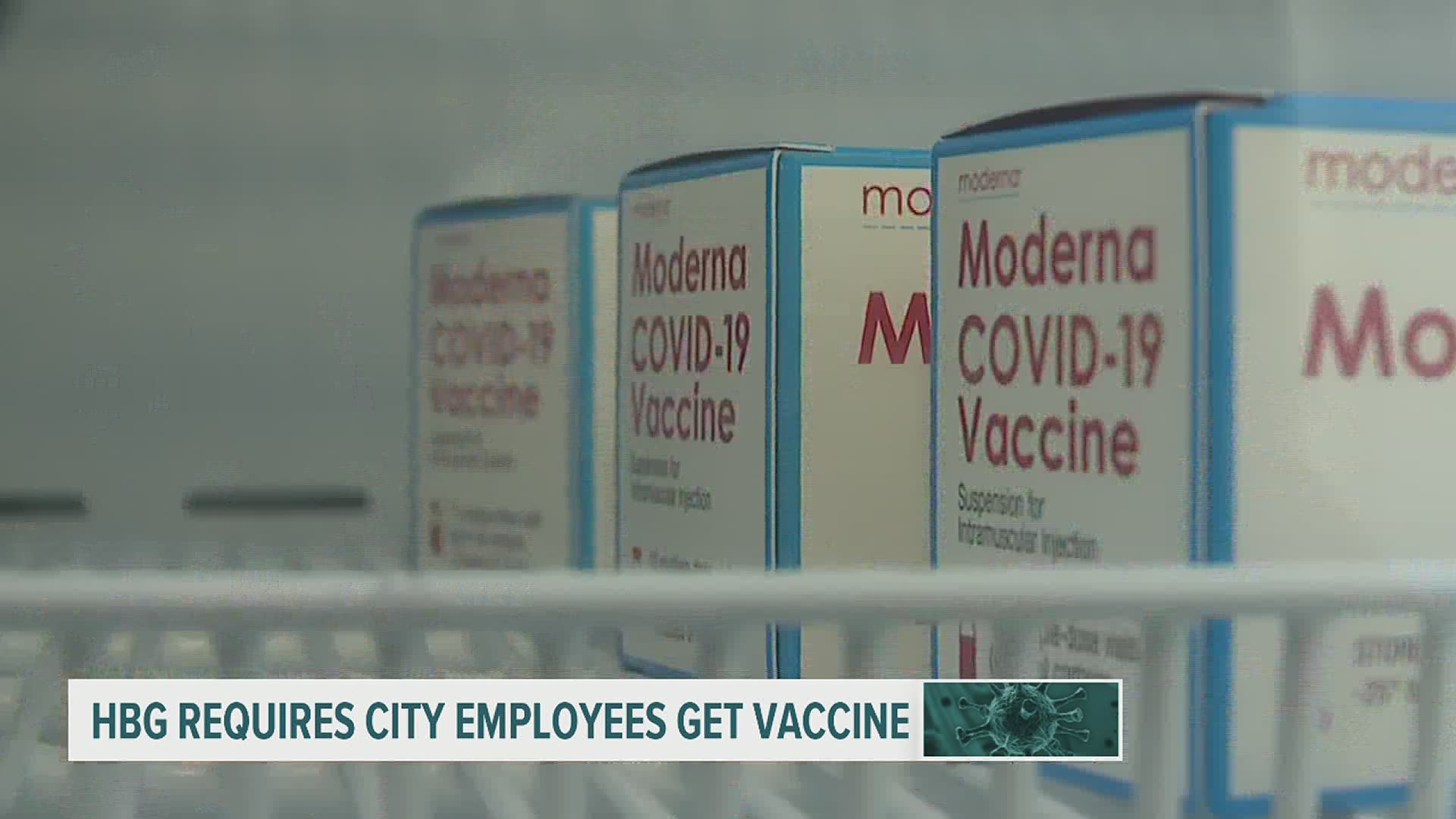 HARRISBURG, Pa. — The City of Harrisburg announced all city employees will be required to get the COVID-19 vaccine.

It is the first municipality in Pennsylvania to mandate vaccination for its employees.

Under new federal guidelines released this week by the U.S. Equal Employment Opportunity Commission, employers can require workers to get the vaccine and can bar them from coming into the workplace if they refuse.

“Frankly this is the right thing for employers to be doing. I would call on other employers to also mandate the vaccine,” said Harrisburg Mayor Eric Papenfuse.

The decision to mandate vaccinations comes after about half of the city’s 400 employees said they would not volunteer to take the vaccine.

“I think that there will be some that will be unhappy to have the vaccine mandated, but I think once they are educated and they learn more about how the vaccine is safe and effective, I think that will address those concerns,” Papenfuse said.

Employees will get the vaccine only once it’s available for their respective priority group. Exemptions will be available for those with valid medical or religious reasons.

Harrisburg should lead the way for other cities, Papenfuse said, through teaching by example.

“I think there's a lot of misinformation out there,” he said. “It's really on us all to educate the public on why the vaccine is safe, why it's effective, and why it's really necessary if we're going to conquer COVID.”

FOX43 reached out to other municipalities in South Central Pennsylvania on whether they will also require city employees get vaccinated.

York City wrote in a statement,

“We have not made formal decisions about requiring employees to get the vaccine. We continue to monitor best practices and guidelines as they evolve. At this point we are still working with the City of York Bureau of Health and the Pennsylvania Department of Health to work on what our distribution policies look like.

As you can imagine, guidance is ever changing. Some of our employees fit different classifications (police, fire, bureau of health employees, etc.) than others as their risk of exposure vary greatly.”

The Borough of Chambersburg wrote in a statement,

“The Borough of Chambersburg is working with WellSpan Health and Chambersburg hospital to arrange the imminent vaccination of our EMS and police employees.

At this time, the borough is only working with WellSpan on opportunities for first responders. If we become aware of additional opportunities for other municipal workers, we will discuss facilitating that process as well.

For example, we facilitate flu vaccination every year for all employees.”

The Borough of Carlisle wrote in a statement,

“At this time, no requirement for Borough employees to get the vaccine...Only voluntary.

We are currently putting finishing touches on the final details for Police and Fire personnel to receive and anticipate those wishing to get the vaccine to occur likely sometime next week.

Outreach to Non-uniformed Borough staff has occurred for preparation of when vaccines become available for water, wastewater and other divisions.”

The Borough of Gettysburg and cities of Lancaster and Lebanon could not be reached for comment. 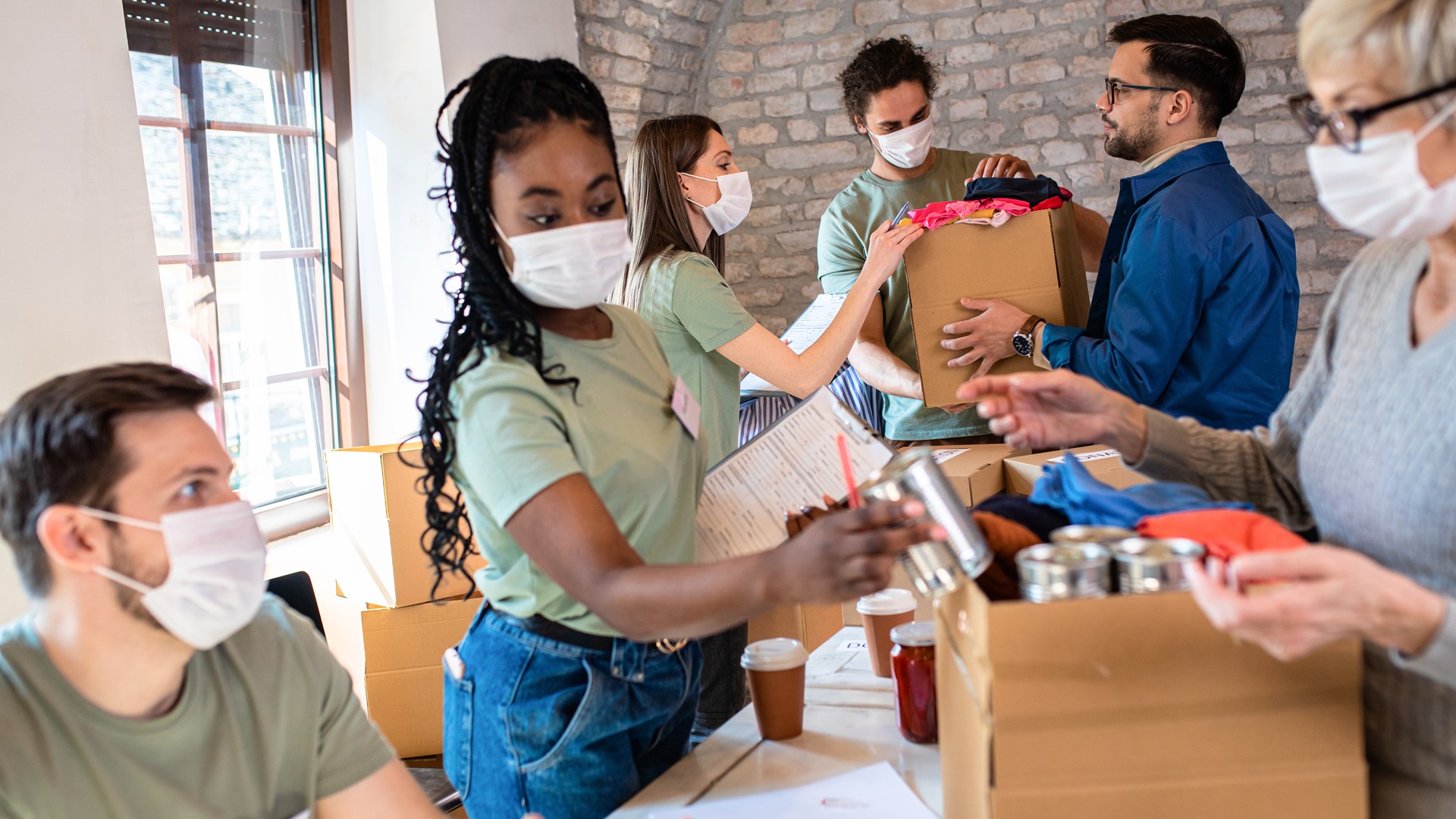