Featuring everything from 18th century Conestoga Wagons to 20th century airplanes, you can check out the museum into the past in York. 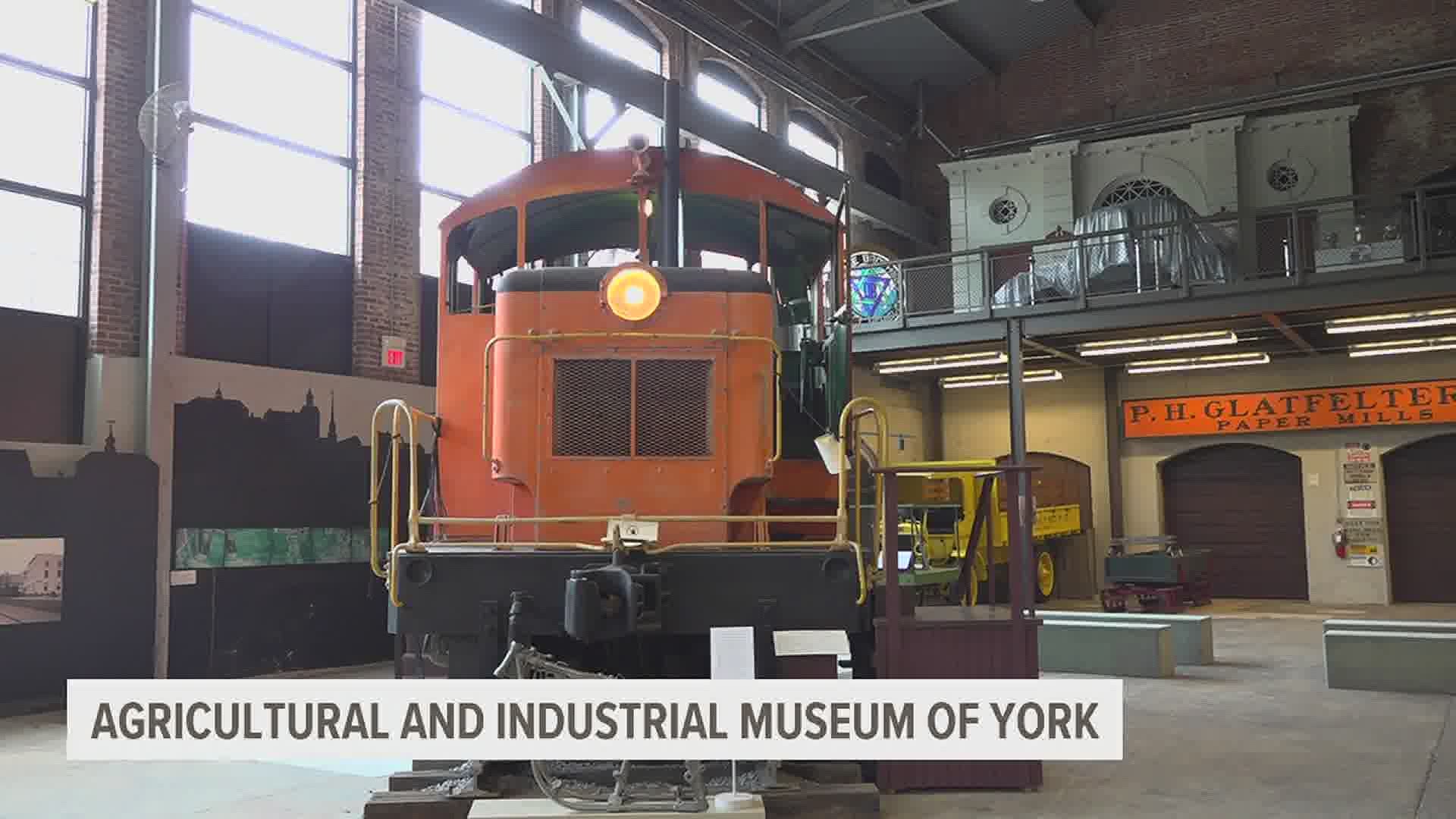 YORK, Pa. — Planes, trains, automobiles and more! That’s what you can find at the Agricultural and Industrial Museum of York.

Featuring everything from a Conestoga Wagon to 20th century high end luxury vehicles from the Pullman Company, this two story museum highlights York County’s 300-plus year history of transportation, manufacturing, agriculture and history.

You can step into a 20th century trolley or sit in the seat of a 1940s train switcher engine. Move onto the Hall of Giants and you can find a 72 ton A-frame ammonia compressor used for producing ice in the early 1900s. This place truly has it all when it comes to local history.

I was able to make a quick stop there this week and learn about the contributions of York County’s farming and manufacturing community since it’s early days.

While not as industrial now, York used to be a massive hub for the automobile industry.

That was up until a young man named Henry Ford came along.

Bart Stump who is the Manager of School programs and a local Historian, said that things in York County could look very different today if it weren’t for the advent of the Ford Motor Company.

Bart says that one of the main things you find here is the innovation and problem solving that our ancestors were able to figure out.

“We were originally considered the Detroit of the east. So even if you look at the early automotive industry, we were on the cutting edge.”

It wasn’t only the automotive industry. The agricultural business was a booming market in the 19th and 20th century, and York was at the forefront of agricultural innovation and technology.

“We kind of go through the hand steps using a hand sickle, then we move up to a McCormick Reaper, and then the cool feature we have in there is we actually have a functional Water Wheel Grist Mill.”

There’s not enough time to tell you all of the details of the museum, but there’s so much more for you to see here.

Housed in a former factory complex and open Tuesday – Saturday, visitors of all ages can come by and explore York’s extensive contribution to the progress of both agriculture and industry.