Increased temperatures around the globe are pushing farmers in Central America to rethink how they grow the ever important agave plant. 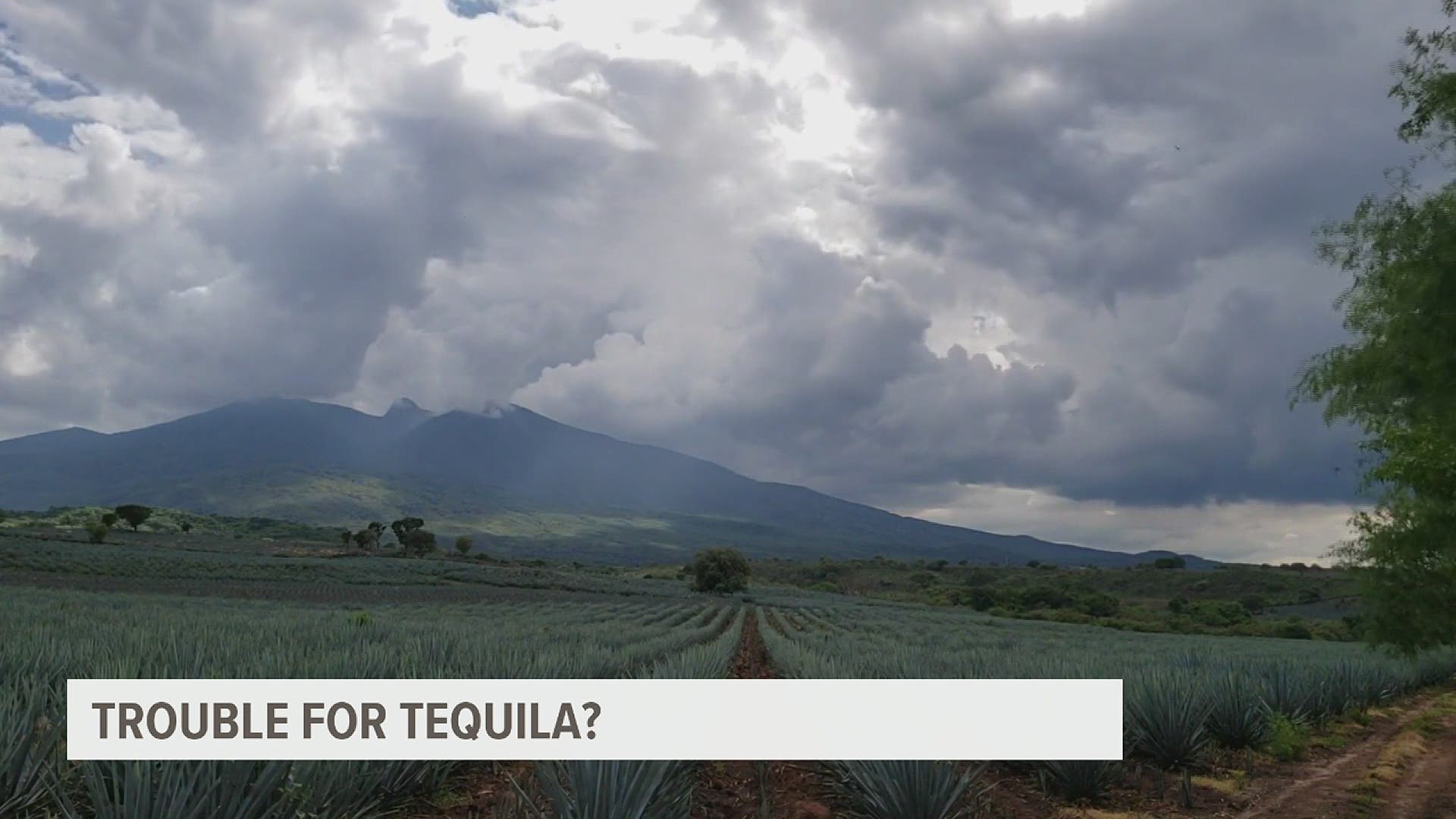 MIDDLETOWN, Pa. — Some know it as something that’s best poured in a shot glass, but me, I prefer the classic margarita, especially on hot summer days.

Whichever you prefer, tequila lovers should pay close attention to recent climate trends, as warmer summers and colder winters are threatening the agave plant and in turn affecting the tequila industry.

Last week, I checked out Tattered Flag Brewery and Stillworks to get more information on the matter.

Daniel Kulick is the Master Distiller at Tattered Flag in Middletown, PA.

He says that even though some people think hotter weather would be a good thing for a plant that thrives in dry heat, the agave life cycle is simply too delicate for major swings in weather.

The hotter the season the faster the agave plant grows, but the amount of sugar inside the piña is now decreased.

Once the plant is ready to be harvested, the piña is crushed and squeezed for its sugar water. Less sugar in the plant means more agave must be planted in order to keep up with demand.

Unlike other agricultural products that can be harvested yearly such as barley, corn, potatoes and grapes, the agave plant takes much longer, roughly 7-10 years.

Here’s the good news: Farmers are adapting to the climate.

Mexican and Central American farmers are doing this by figuring out ways to get more drought and heat resistant strains of agave.

Dan says outside of the borders being shut down making it difficult to import agave from Mexico, so far there has not been a big change in supply this year.

For now, it’s a waiting game to see how the new strains are able to adapt to rising temperatures around the globe.

As for me? I’ll be waiting and watching too, just with a little bit of tequila in hand.  See you next week!