Just past the halfway mark in the 2020 Atlantic hurricane season, it's showing no sign of slowing down to break the record of most storms ever in a season. 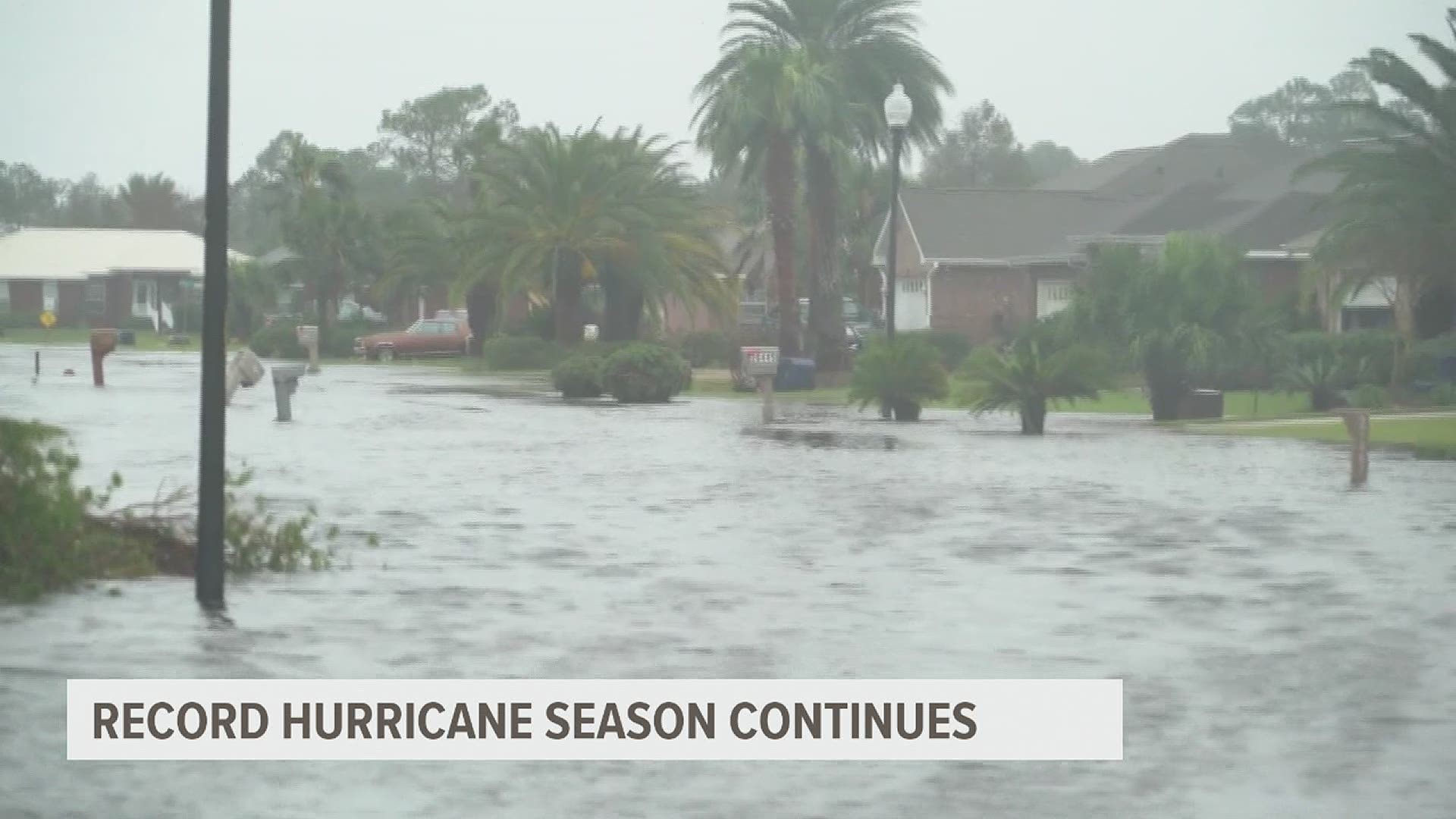 The National Hurricane Center was forced to move into the Greek alphabet to name storms for only the second time ever last Friday.

Tropical Depression Alpha formed off the coast of Portugal and posed no threat to the United States.

However, the occasion marked only the second time in history, and beat the record by nearly a month for having to use the Greek alphabet. Just past the halfway mark in hurricane season, there's even concern we could push through that system, too.

"That's uncharted territory," John Banghoff, a meteorologist at the National Weather Service in State College, said. "We've never been there before and we'll cross that bridge when we get to it."

As we monitor Tropical Storm Beta off the coast of Texas and wait for the development of the next storm, named Gamma, it's hard to ignore the record pace 2020's hurricane season continues to push. The only other time the Greek alphabet was used was in 2005, the year with hurricanes Katrina, Rita and Wilma. But that year, we only ventured to the letter Zeta, the sixth in the Greek alphabet. We're only three away from that now, as of Monday morning. With more than half of the season left, we're nearly certain of breaking that record as well.

"This tropical season has been historic in many ways," Banghoff said. "Most of the names have been the earliest for that particular letter of the alphabet on record."

"Really warm ocean waters, relatively low wind shear. We have a really active African easterly jet -- this phenomenon that generates storms off the coast of Cape Verde in Africa," Banghoff said. "Also, La Nina developing. Literally, lack of a batter term, it's the perfect storm of ingredients that come together to facilitate the frequent and active tropical activity."

With no signs of slowing down, experts only offer a usual reminder -- stay aware.

"All it takes is one storm. Locally, heavy rainfall is always going to be a factor. With Sally, when it made landfall, areas near Mobile, AL had 20+ inches of rainfall in a 24-hour period. It wouldn't take much to bring some ability of heavy rainfall to the commonwealth."