The Positive and Negatives of Gaming

Playing video games can be helpful to many or hinder others. 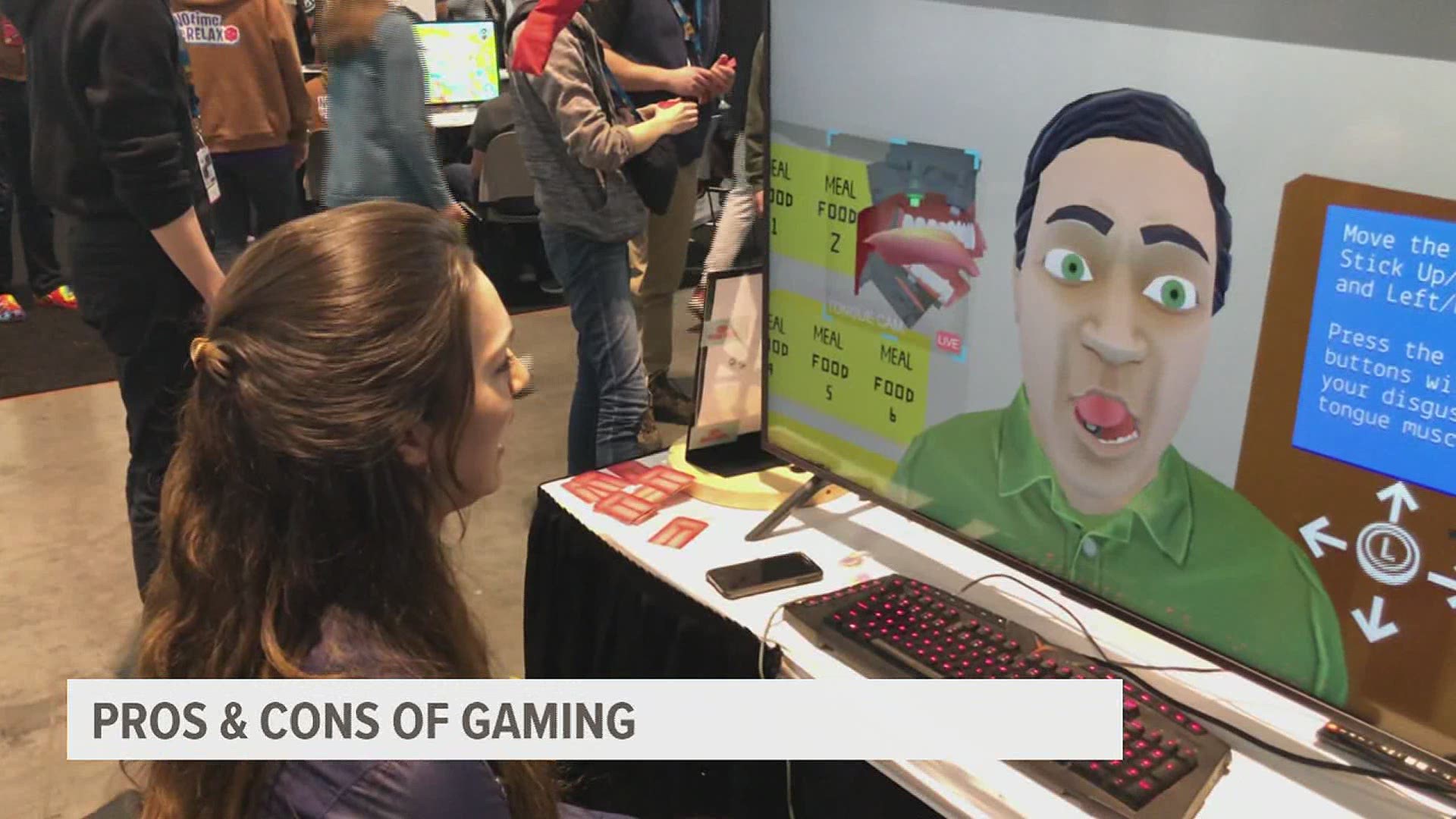 HARRISBURG, Pa. — "Anybody who tells you that there aren't any negatives to the gaming industry, it's obviously not true and they're trying to glorify it," says Chad Smeltz, director of eSports at Harrisburg University in Harrisburg, PA. "So there's obviously negatives."

Everything in life has a positive and negative side to it, but the ups and downs of video games are what those both inside and outside the community are still trying to figure out.

Smeltz adding, "I think that there's obviously a lot of hard topics to approach whether it be like women in gaming, for example."

Casey Reider is an English teacher at York Suburban High School and also runs their eSports league, the YSEL. She tells her students, "we need to get girls into this, we need to show that you don't need to stigmatize it. It's not weird to be a part of this."

Other issues one may experience in gaming is bullying, negativity, or toxicity.

Michael Macentee, general manager of Just Press Play, has kids who play video games. He says his 12 year old "gets frustrated at losing games and there is people that say stuff to him and I think if you can educate your kids or understand that there's definitely a lot more to life than being the best at a video game. It's just important to be able to step back and still take care of what's important."

"When folks start hiding their gaming, when they're thinking about it all the time, maybe they're ruminating about it, they're dreaming about it, or they feel like they can't stop. That's when it becomes a problematic behavior."

Chad Smeltz suggests, "you take it in moderation, just like you would anything else that you really enjoy doing. You know, it's balancing a schedule."

Dr. Gaskill has also seen patients who are single, using gaming as an excuse.

"Or they're married, they're in a relationship, and they're not spending any time together doing quality activities."

Michael Macentee adds, "you have to have limits and you have to take breaks. It is easy to get sucked into those worlds."

People are spending thousands of dollars that they do not have on video games or purchases within video games according to Dr. Gaskill.

"What it does to your brain is that it gives you these dopamine hits. It brings up all those happy chemicals when you win, when you level up. And that is wonderful on some level and on the other hand again, it can turn very quickly into an addictive behavior."

She goes on to say that, "for some people who are highly introverted, it can really help bring them out of there shell a little bit.

"Some of my quieter students in class will be so chatty about video games. So it's also bringing people not only close to together digitally, but also in person because you can see those relationships that bud online really come to fruition in person."

Dr. Gaskill believes that is a beautiful thing. But she has found that, "gaming can negatively impact depression and anxiety. It can make people more depressed and more anxious, but there's also some research showing that for some people it can actually help make them less depressed and less anxious.

A lot like the issues seen outside of video games and it's culture, the plus sides of gaming shining brighter than the potential pitfalls.

Michael Macentee believes there is an importance in education "and maintaining that positive energy that video games is clearly obviously capable of being.

Dr. Gaskill adding, "it can be a place where some people can really thrive."

If you believe you or a loved one suffers from video game addiction, feel free to contact: