There are becoming more recognized benefits and career paths involving the use of video games and eSports in education. 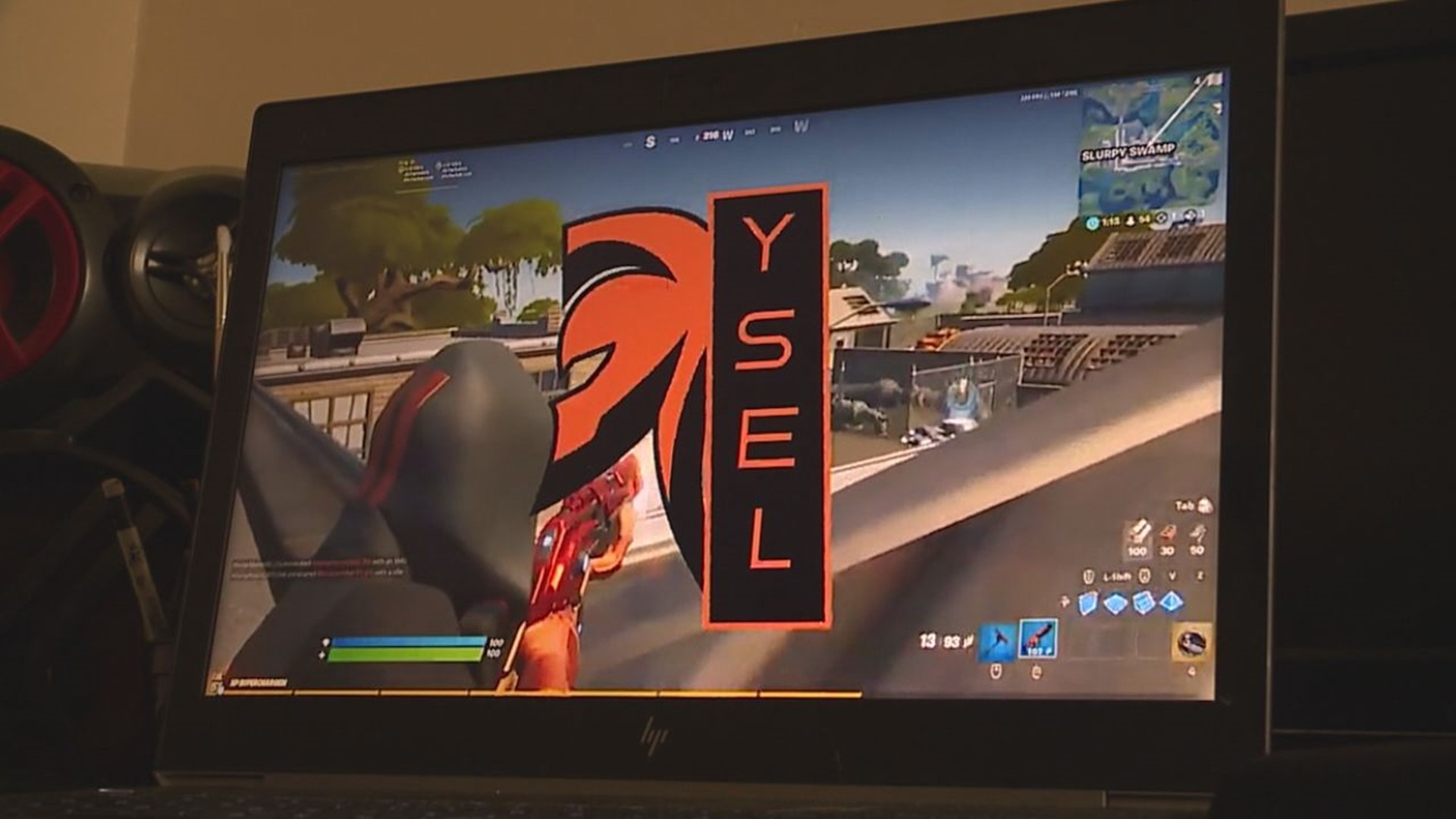 HARRISBURG, Pa. — "Competitive gaming is huge. Anybody can get into it which is great about it," says Michael Macentee from his store, Just Press Play.

And if you ask each eSport student at Harrisburg University in Harrisburg, PA, "they have a different background from a different place or are interested in a wide variety of things," according to Chad Smeltz, the university's director of eSports.

Competition gaming, now a part of many schools, streaming to your screen and into your home from across the world, changing the way video games influence the world. York Suburban joins that change with their eSports league, the YSEL, led by English teacher Casey Reider.

Her students "are representing us in the HSEL, the High School eSports League, challenges playing games such as Fortnite, chess, and Super Smash Brothers," she says.

"This winter challenge, it's just a three-week challenge where the students have games multiple nights. All of the prizes add up to I think fifteen thousand dollars in scholarships, so the prizes are outstanding."

Helping students at the next level, Chad Smeltz knows firsthand the benefits of participating in these leagues.

"There's always different things that you would traditionally see in other markets that apply to eSports and for somebody who's interested in one of those specific designations. Combining it with their interest in gaming and eSports you can have a career in that. I'm very thankful to to be the director of eSports for Harrisburg University."

The first three schools have signed up to fight for the title of PA Cup Champion!

Who else are you trying to see compete this year? We've got plenty of room for PA schools from every corner of the Keystone State!

Sponsorships, marketing, and running events are some of the many different areas in eSports with high-value careers.

Smeltz goes on to add, that "there's this entire full-fledged full-time industry that goes in and it's not just making the video games."

Michael Macentee of Just Press Play grew up with gaming, remarking that "now with the days of people streaming and being able to get on Twitch or whatever your streaming preference and see eSports happening live, it's kind of brought video game to a different level."

Blending the interests of her students with the knowledge she teaches them, she asks, "why would I not allow them to choose to write about what they want? And if they want to write about video games, then I am a full proponent and I'll help them in any way that I can. They're going to do better in school if they're interested on the topic. I think the students want an outlet and they enjoy video games as their outlet."