Video gaming use increased by almost 50% during the COVID-19 pandemic. 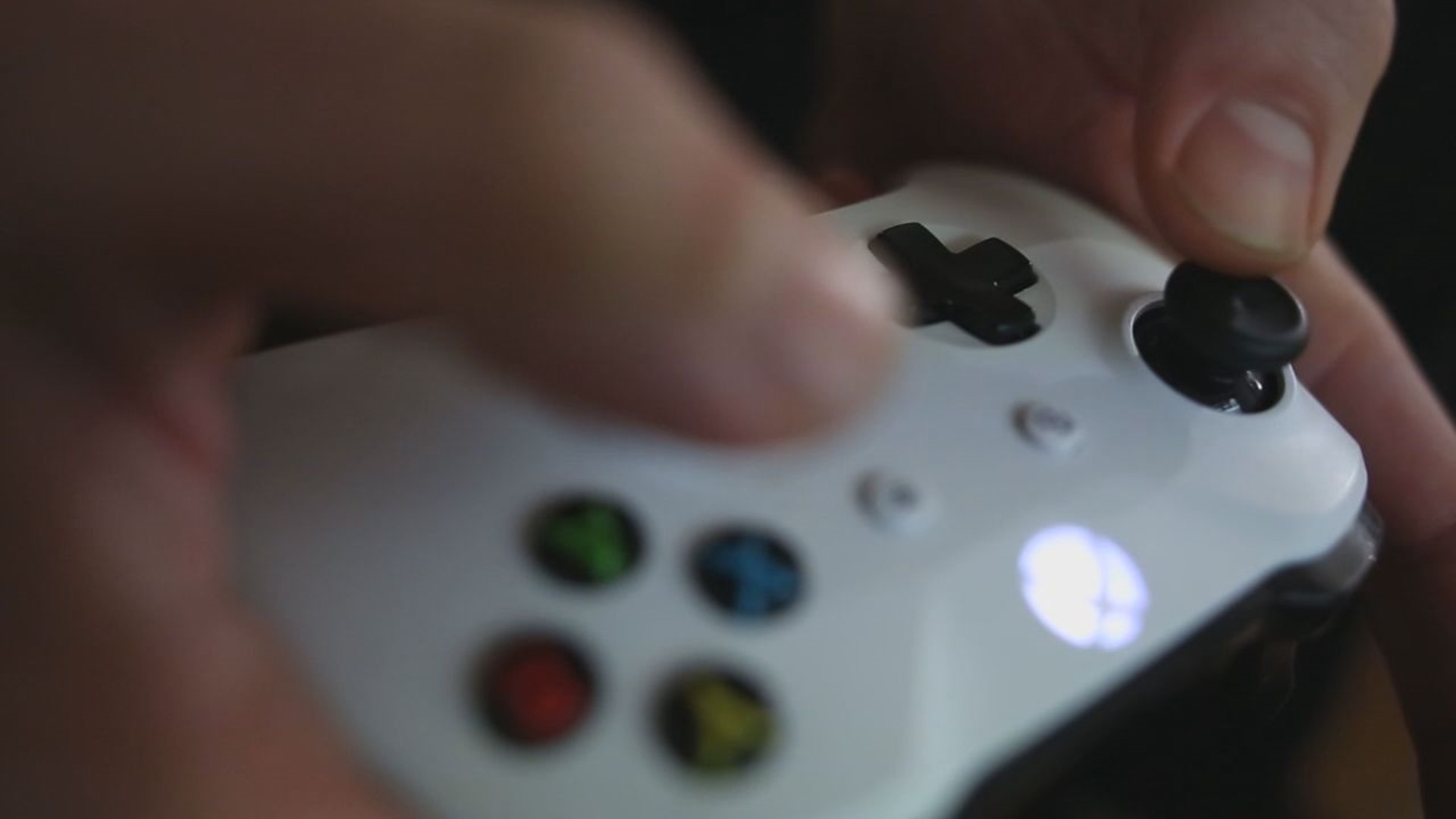 PENNSYLVANIA, USA — According to Nielsen, 46% more of Americans are playing video games since March of 2020, because of the pandemic. Gaming, a modern pastime, is surging to an all-time high during global crisis.

"With what's going on, what better than to immerse yourself in another world that's full of your friends," says Michael Macentee, general manager of Just Press Play, a video game store in central Pennsylvania.

The director of eSports at Harrisburg University adds, "with COVID-19 there's been a lot of time spent inside so there's a lot of flexibility in how you can game."

Macentee feels that "anybody is a gamer, everybody's a gamer." Introducing people as old as 70 to gaming consoles like the Nintendo Wii, which provide physical movement as a means to control the game and way to get more exercise at home.

"Gaming is constantly changing," says Smeltz. "I think it's a lot more in the culture as of today. You see a lot of video games that are kind of like transcending video game people and they're coming into the culture. So a game like Fortnite."

But watch out, The Mandalorian has his eye on you: https://t.co/j87joka2wm pic.twitter.com/fbPdy0ooKz

What Macentee is seeing at his store, is that "entertainment is so important. They're not just video game consoles. They are your streaming devices. They are home integration. They're high-def. Everybody wants the the best entertainment they can get right now. It's good to be able to kind of disconnect. Even as like a family like I've spent more time in the last six months year playing video games with my kids at home because you know, that's what we can do."

The biggest thing driving customers to his stores' door, "is that they're trying to play with their friends and people are willing to splurge because they're spending that time at home. Perhaps this is their vacation money that they would normally go to a crowded beach or something like that. With the timing of it and the short supply creates a demand also and that's all pandemic related with the influx of people saying, 'maybe it's time that we do get in the newest Xbox or the newest PlayStation.'"

Always evolving, gaming and it's community rising to the challenges of the pandemic. connecting and growing.

To Smeltz, the possibilities of gaming are growing, emphasizing that "if you want to talk while gaming or do any of these kind of things, whether it's get to know people that you haven't met, or whether it's you know been gaining for that group of friends that you haven't talked to in the past five or ten years that you haven't connected from high school, but that's just the beginning. You can use it for so much more."

Macentee, like so many others, may not have seen the challenges of the pandemic coming, but they "are definitely embracing that we can be a positive outlet for people in this time."

Gaming has "allowed for people to kind of see it in a different light because so many people are having to interface online for their work for everything else," concludes Smeltz. "It kind of gives you know work and play from home a whole different meaning."