Frenzy: What we learned on this weeks gridiron 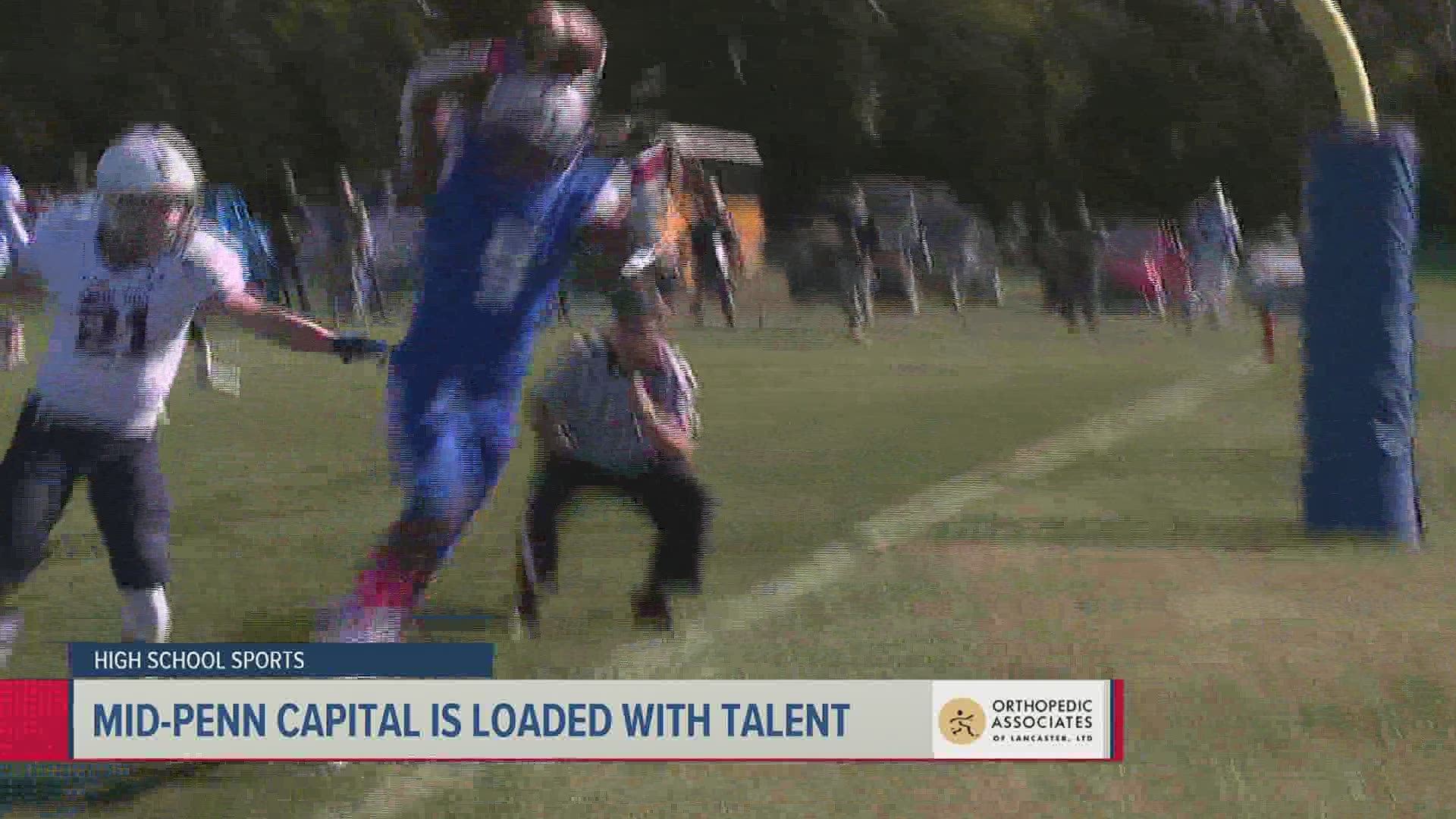 HARRISBURG, Pa. — This week on the local high school gridiron,  a few things became crystal clear as we inch closer to the district playoffs.

In the Lanc-Leb Warwick knows when to turn it up. Facing their stiffest competition of the season the Warriors showed up with a vengeance, especially Caleb Schmitz. Warwick played virtually lights out on both sides of ball dealing out punishment.  Colten Miller was in stud form, pounding the rock for 225 yards and five touchdowns.  A fun game to watch from the sidelines for coach Locker.  Now it is time to turn it on and clinch that district berth.

“You can’t lose a game and qualify for districts," Locker said after the game. "It’s as simple as that, it is just how it is  It's an unsual year but we plan on going to districts.”

In the Mid-Penn, we know that Camp Hill is a very solid squad pushing Steel -High to the limit as Daniel Shuster dealt out dimes all over the field. In the same game Mahki Flowers & Odell Greene solidified their roles as the football versions of Batman and Superman. Flowers continues to catch everything and Greene is a bowling ball going down hill 5TDs last week. Both of these squads expect deep runs once the playoffs role around.

The Harrisburg Cougars are back and are 2-0. After dominating this past McCaskey this past week, they head to Williamsport on Tuesday as they race to become eligible for the District III Playoff by playing four games in less than 20 days.   Why do it? Just ask coach Calvin Everett.

“Why not Harrisburg why not our students. So that is why I am trying my hardest to at least give our students an opportunity”

The deadline for that fourth game is the 25th.