An error by the Department of State will delay a vote on whether survivors of sexual abuse who have aged out of the statue of limitations will be allowed to sue. 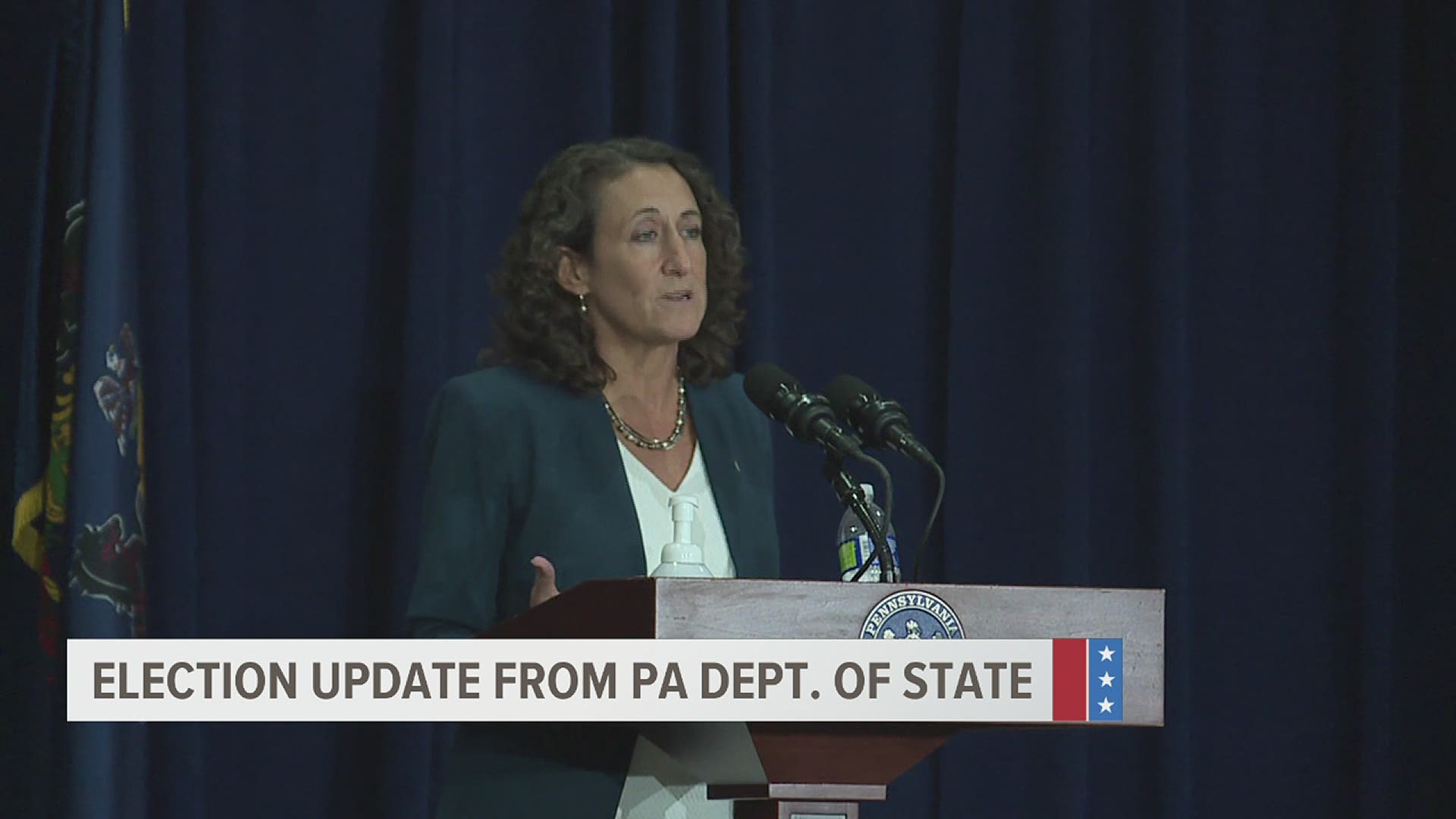 Pennsylvania Secretary of State Kathy Boockvar will leave her position at the end of the week after an error by her department will delay a vote on whether survivors of sexual abuse who have aged out of the statue of limitations will be allowed to sue.

Boockvar's resignation is effective Friday, according to Gov. Tom Wolf, who added her departure has nothing to do with Boockvar's oversight of the 2020 election.

“The delay caused by this human error will be heartbreaking for thousands of survivors of childhood sexual assault, advocates and legislators, and I join the Department of State in apologizing to you," Wolf said in a press release. "I share your anger and frustration that this happened, and I stand with you in your fight for justice.

“The progress that you have made through your bravery and activism is remarkable, and I urge all of the advocates, including Sen. Lisa Baker, Rep. Jim Gregory, Rep. Mark Rozzi, Attorney General Josh Shapiro and all others, to keep up this fight. Your voices still must be heard.”

The Department of State was required to advertise a proposed amendment to the state constitution that would allow a two-year window for litigation by survivors of childhood sexual abuse that have aged out of the statute of limitations for suing.

The change was proposed in 2018 in a report by a statewide grand jury that investigated the cover-up of decades of child sexual abuse by members of the Catholic Church.

But because the Department of State mistakenly did not advertise the change, the earliest that voters can decide whether to allow the two-year window for litigation is 2023.

Under state law, changes to the state constitution require that a proposal be approved by the legislature in two consecutive sessions. At that point, the proposed change appears on the ballot for voters to decide.

The two-year window for litigation was first approved by the state legislature in its 2019-20 session. It was approved again last month by the House of Representatives and was expected to soon pass the Senate, thereby allowing it to appear on the spring primary ballot.

Now the process has to start over again. The measure must be approved again in the current legislative session, and a second time in the 2023-24 session.

The Department of State issued an apology for the error on Monday.

"The department offers a sincere apology to the victims impacted by this oversight and the delay that will be caused, as well as to all those working to pass this measure," the statement said. "Department staff advertised other proposed constitutional amendments passed during the last legislative session, but through simple human error mistakenly failed to include this proposed constitutional amendment in the advertisements.

"In preparing for the potential second passage this month, DOS staff noticed late last week that the amendment was not previously advertised."

The Department of State said it has "instituted new controls to ensure that such failings will not occur in the future, including tracking of all constitutional amendments from the time they are filed, and direct notifications to additional department staff when they are signed, along with cross checks to ensure all required steps are carried out."