Officer Michael Reinert, Victory's handler, says the yellow lab has one purpose: providing therapy to the people he encounters. 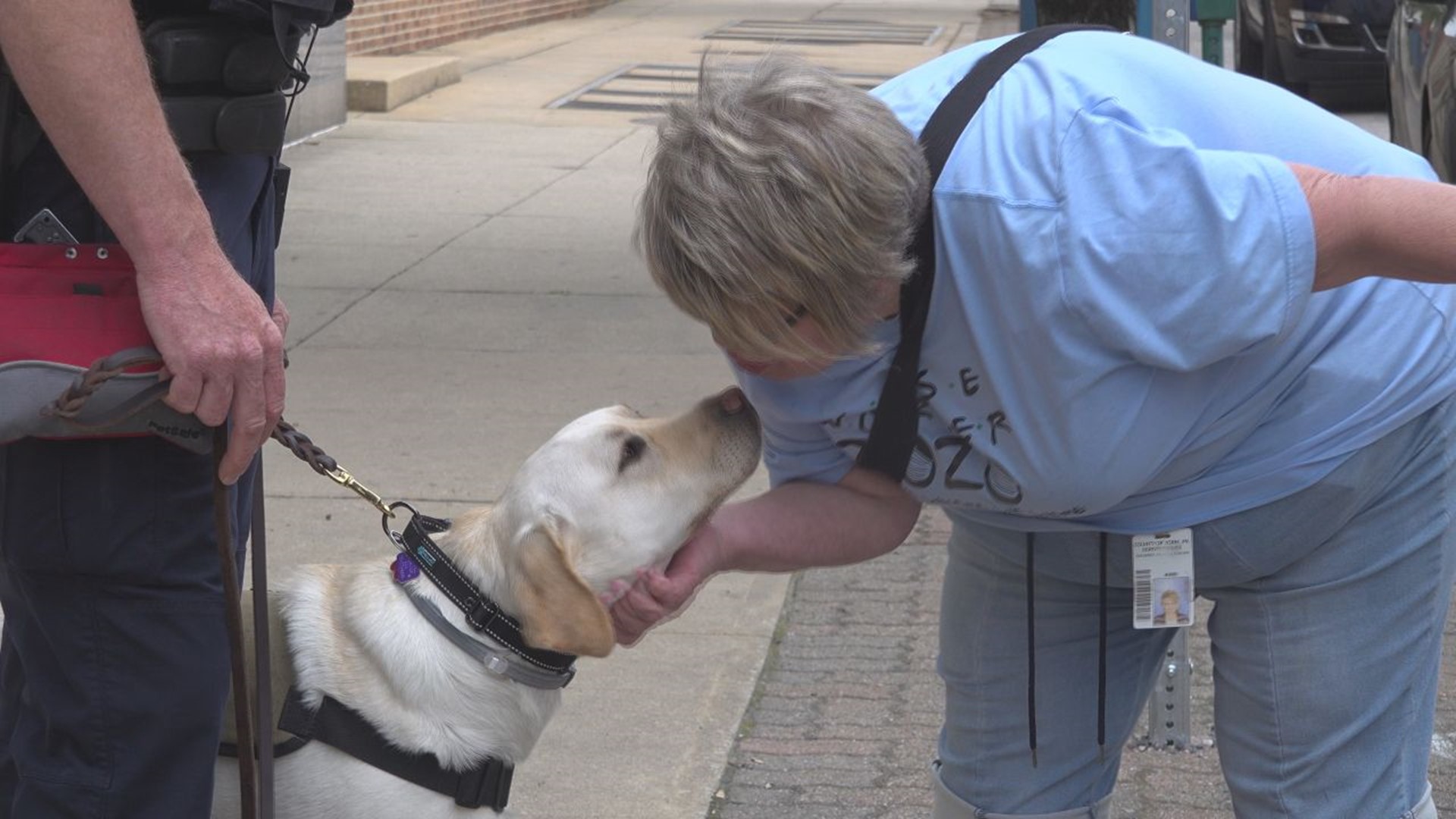 "Around the time of the [race] riots, some of those dogs weren't used the way they should've been used," explained Officer Reinert.

Reinert believes Victory could help bridge the gap between the community and police.

Staying true to her name, the yellow lab is already winning over hearts.

In her first week of patrolling alone, Victory made the front page of the paper, which Reinert says he was never able to achieve in his 15 years on the force.

"Her only purpose. There is only one purpose.... That is therapy," he added.

Officer Reinert calls Victory a means of comfort, not control.

"It really just comes down to her just being present. Research shows just a dog being present calms a person's anxiety," explained Reinert.

In the office, Victory is also used to improve morale and help officers. At the end of the day, she goes home with Officer Reinert.

The K9 comes to York from the nonprofit organization 'Leashes of Valor.' Reinert says she became ineligible to be placed with a veteran after struggling with a minor seizure disorder. Officer Reinert says Victory is currently being weaned off medication for that. Though, as a downtown officer who often encounters people who are struggling with mental health issues and homelessness, he plans to talk about Victory's condition.

"I'm thinking, when I have to deal with somebody who is sad because they have something going on, we can talk about how Victory is having her own issues. She's okay," he said.

Victory is the first of two therapy dogs for the department. Another will join the ranks in a year or so.