On Tuesday, nearly 70 rounds were fired in Harrisburg and one bullet hit a Magisterial judge's office. A proposed bill seeks to stop it from happening again. 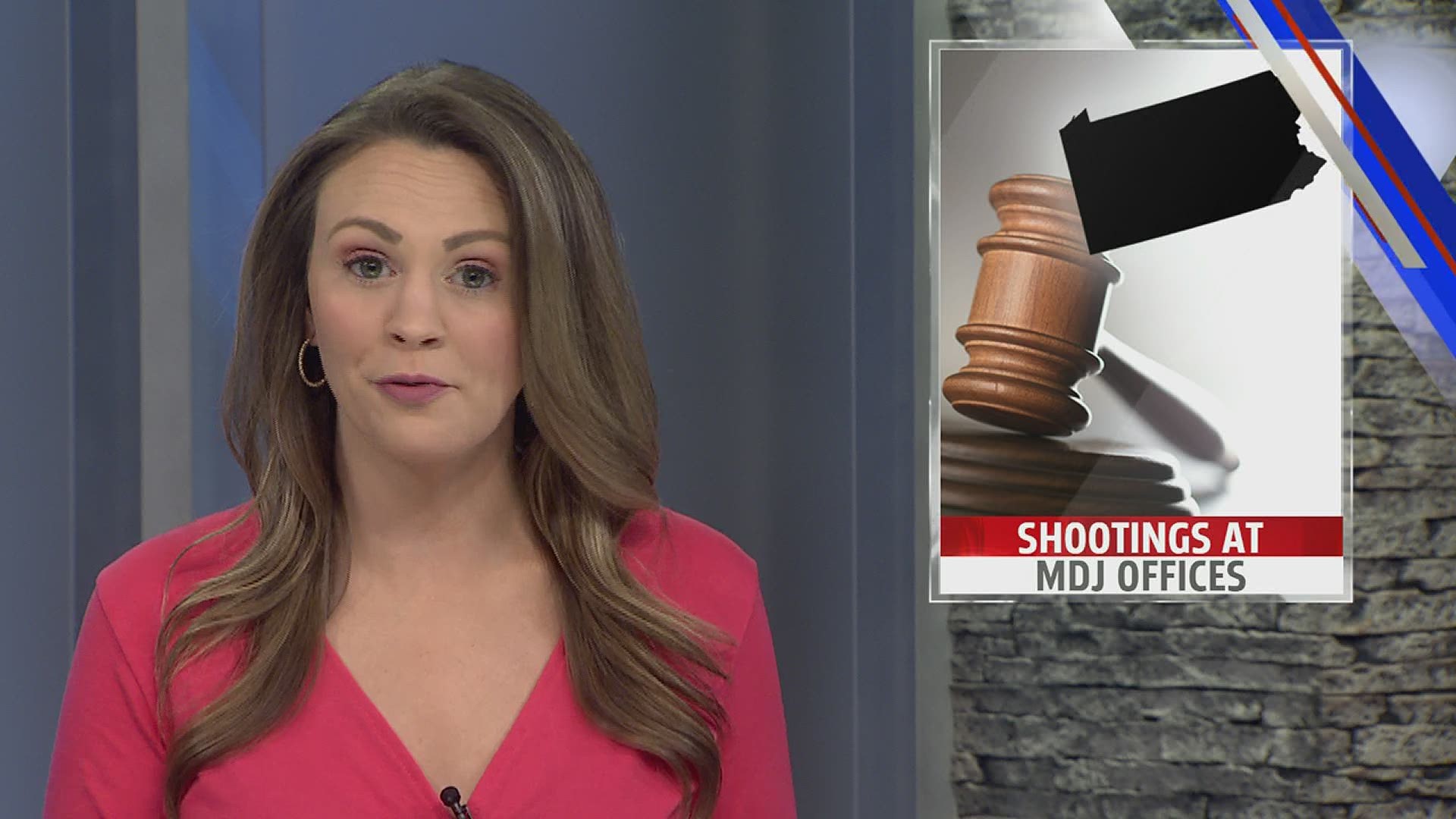 HARRISBURG, Pa. — On Tuesday, a gunman opened fire in Harrisburg during the day shooting nearly 70 bullets before fleeing the scene. One bullet hit the window of a Magisterial District court while people were inside.

The bullet, lodged in the office of Judge Paul Zozos, was just inches from where a clerk was sitting. While the windows are bullet proof, the judge told FOX43, he's concerned about his staff and the safety and security of his office.

Harrisburg Police continue to search for the shooter, but have not identified a suspect.

Similar gun-related incidents have happened inside of Pennsylvania District Courthouses before.

In 2019, a man died by suicide when he shot himself in the head in the waiting room of a judge's office in Lower Paxton Township, Dauphin County. Police officers, court staff, and people were also present when the shooting occurred, but no one else was hurt.

In 2018, a man fired a gun outside a magistrate's office in Fayette County. Three people and a police officer were injured before authorities shot and killed the gunman. The incident prompted court officials to increase security.

In the wake of those shootings, one state lawmaker introduced legislation to curb gun violence in courthouses.

The bill's text was the end product of testimony from judges around the Commonwealth of Pennsylvania on both sides of the aisle, calling for a ban on firearms in community and municipal courts.

Courts already have gun lockers, but a lack of adequate space for them means they're usually found in the lobby.

The bill was last referred to the State House Judiciary Committee in April 2019.

FOX43 reached out to court officials in Harrisburg regarding any new security measures, but have yet to respond.