Meat prices continue to climb as grilling season kicks off

Rising grocery store prices are not surprising amid the pandemic -- but as we enter grilling season, meat prices are continuing to rise. 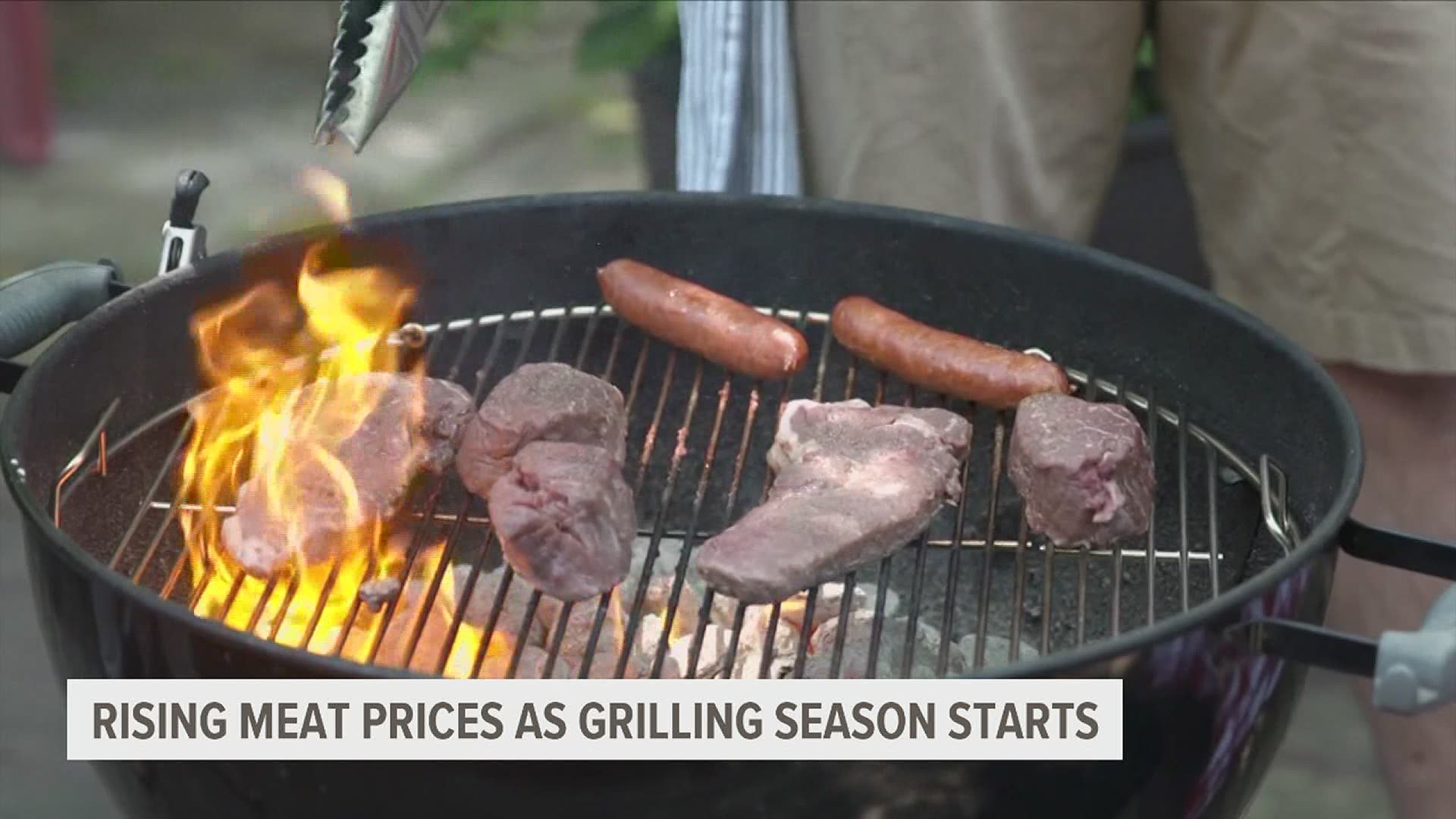 YORK, Pa. — Rising grocery store prices are not surprising amid the pandemic -- but as we enter grilling season, meat prices continue to climb.

Food inflation has been on the rise for months. Meat eaters are dropping more money at the grocery store and at restaurants because prices of chicken and beef just keep on creeping up.

As we fire up our grills for the season, would the rising cost of meat make you consider other options for your summer barbecues?

According to data from the Bureau of Economic Analysis, overall food prices are up in general from last March. For the month of April, pork prices climbed by 2.6% and are up by 4.8% from one year ago.

Prices for meat typically see an increase during the summer months because of an increase in demand -- but nothing like this.

According to The Washington Post, beef and veal prices stayed the same for most of April. But overall, they are up by 3.3% from last year.

So, why are prices so high?

Labor shortages in the meat packing industry are playing a big role in prices skyrocketing. Other reports state that meat prices are going up because the price of corn feed has also gone up, which is used to fatten animals.

Another issue is transportation as a whole. Experts say it's a double whammy of a truck driver shortage and a surge in fuel prices. The Washington Post reported that it used to take $6,000 to $7,000 to run a truck from the West Coast to the East Coast, today if you're lucky, it's roughly $12,000.

This is also causing delays when it comes to getting meat orders filled at both restaurants and grocery stores.

Restaurants reopening is also driving prices up, as companies are working to keep up with demand, while trying to balance not having enough employees to do so.

Some have debated considering more vegetarian options because of the increased meat prices.

The next update from the U.S Department of Agriculture and Economic Research is scheduled to be released on June 10.

Meat prices are 🆙 as we enter grilling season! 🥩🌭🍔

Where do you shop and are you seeing costs go up? Some are even considering vegetarian options, would you? 🥦🌶🥗🌽

We’re talking about the rising meat prices on @FOX43 pic.twitter.com/5Axy5K9rn4