FOX43 Finds Out: State is billed $54,320 in legal fees for "Spring Carlisle" lawsuit

FOX43 Finds Out obtained the receipt from the law firm that represented the state in the lawsuit against Carlisle Events back in June. 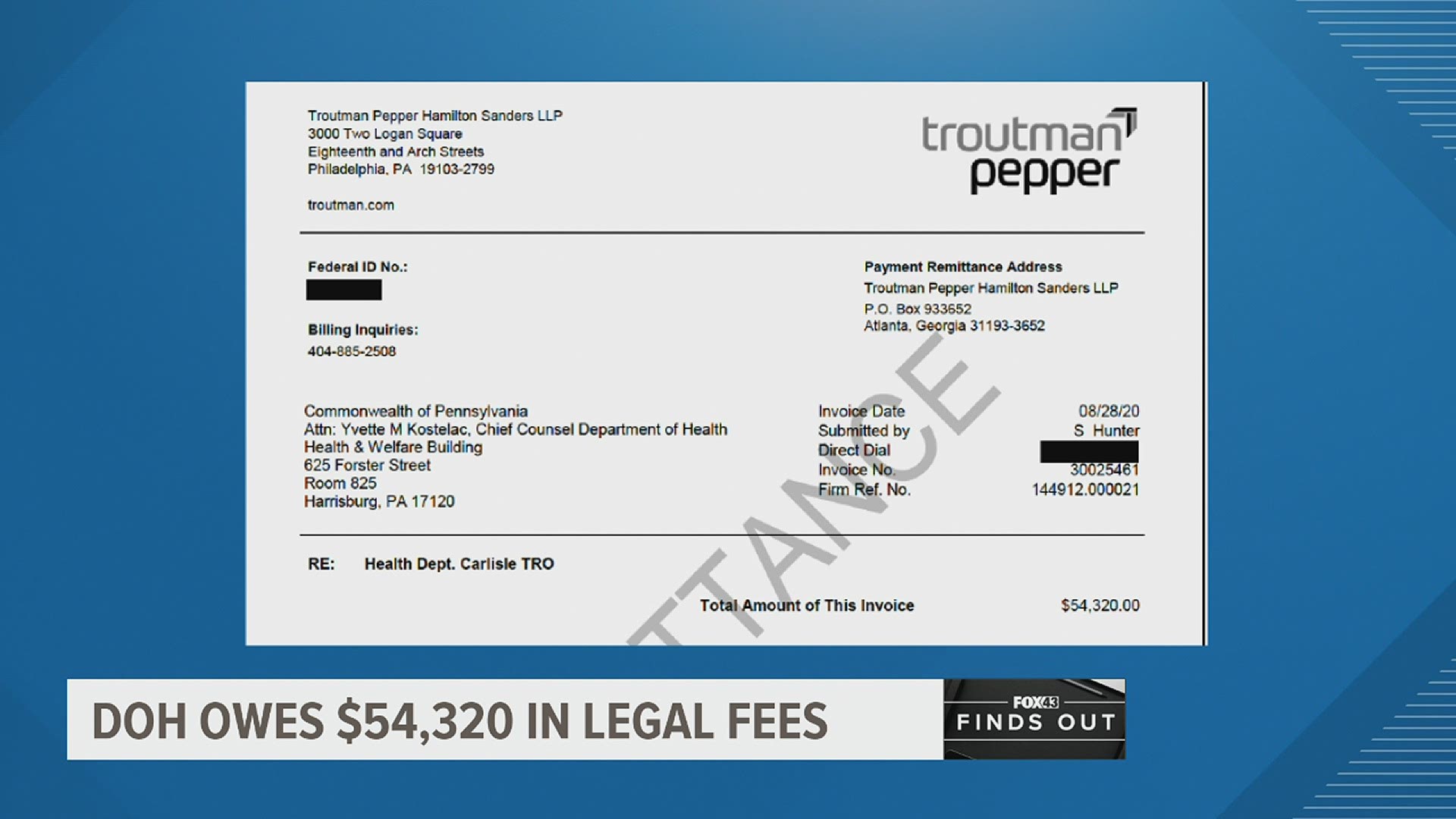 It all centered around the car show "Spring Carlisle."

The Pennsylvania Department of Health is being charged $54,320 for its former lawsuit against Carlisle events.

FOX43 Finds Out obtained the receipt from the law firm that represented the DOH back in June.

Between June 16th to June 19th, the law firm billed the state for about 127 hours of work.

The lawsuit was filed the same day the Spring Carlisle car show began the Carlisle fairgrounds in Cumberland County.

At the time, the Department of Health issued a complaint against 'Spring Carlisle."

It said the event was ignoring a previously denied waiver that had requested an exemption for the 250 person rule during COVID-19 mitigation plans.

The DOH said the event can draw up to 100,000 people, including people from out of state.

Then on June 19th, the department of health and Carlisle events reached a settlement.

The show went on at Spring Carlisle, which wrapped up as scheduled on June 20th.

The company has also held other events since then.

RELATED: How Corvettes at Carlisle went on amid COVID-19

As of September 17th, The Department of Health told us the legal fees have not been paid yet.