How Corvettes at Carlisle went on amid COVID-19

This year, organizers say the world's "largest Corvette event" brought less people, many more masks because of COVID-19, and even some rain. 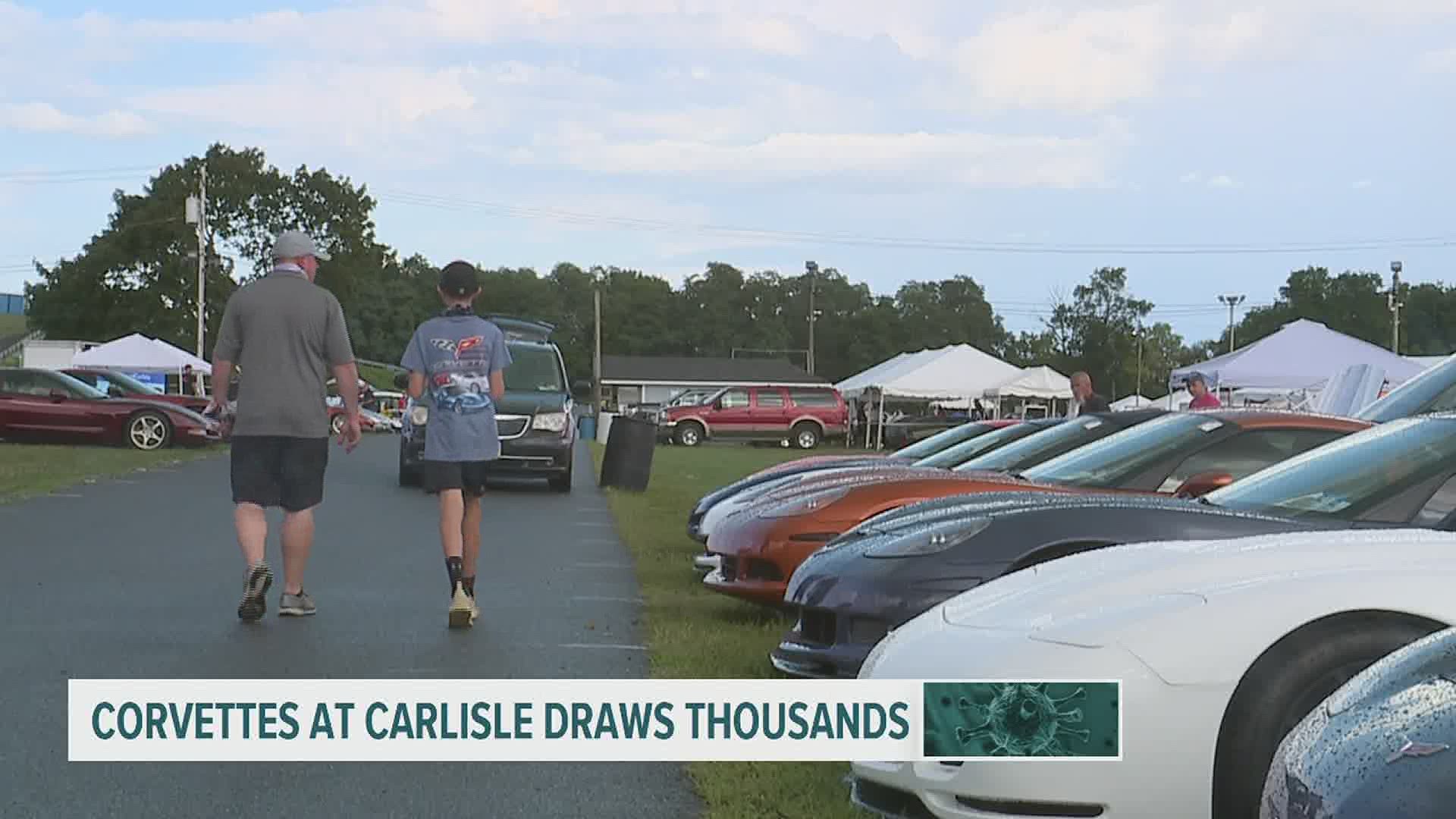 Trademarked as the world's single largest Corvette event, Corvettes at Carlisle brings thousands of Corvette enthusiasts to Cumberland County for several days of fun every year. Although this year, the event brought less people because of COVID-19, many more masks, and even some rain.

We met Ken Bolton, a self-proclaimed drag racer back in his day. Now, his 1957 Corvette is worth a good bit of cash. He bought it for just $700.

His baby is also award-winning.

"General Motors award from Bowling Green, Kentucky where the cars are built," explained Bolton. "In 2008, Mario Andretti picked it as his favorite car. We're very proud of it."

You might call his car a mini celebrity; the event, however, was not as favorable to everyone. Some people felt concerned it took place, despite the Governor's rule limiting events to 250 people or less. Garland says Carlisle Events took every precaution.

"As a business, Carlisle Events always intends to put our best foot forward, and early on, we implemented a health safety guideline we felt would compete with any health safety measures anywhere in the country," said Garland.

Some of those guidelines include requiring masks to enter the fairgrounds, encouraging them to be worn when social distancing was not possible, limiting capacity of indoor buildings, and providing sanitizer stations.

"If you're someone who didn't think we should be here, we understand your view, but we ask you to look at all the other folks who do feel like we should be here that make this part of their summer, and the vendors who rely on this for a source of income and a living," added Garland.

As for the Corvette owners? Many said they felt safe.

"Yes I do," responded Bolton. "I ave a mask, and wherever we're sitting around the car, I don't have it on, but as soon as I go somewhere else, I have my mask on."

Earlier this year, the Department of Health and Carlisle Events, which held the settled a lawsuit regarding another car show event, Spring Carlisle.

The settlement allowed the car show to go on at 50 percent total capacity, no more than 20,000 attendees, and operating solely as a flea market.

For this show, Garland says Corvettes at Carlisle classified as a flea market and auto show, and with 81 acres of land, he says it allowed for proper social distancing.