Trinity falls just short of back to back titles 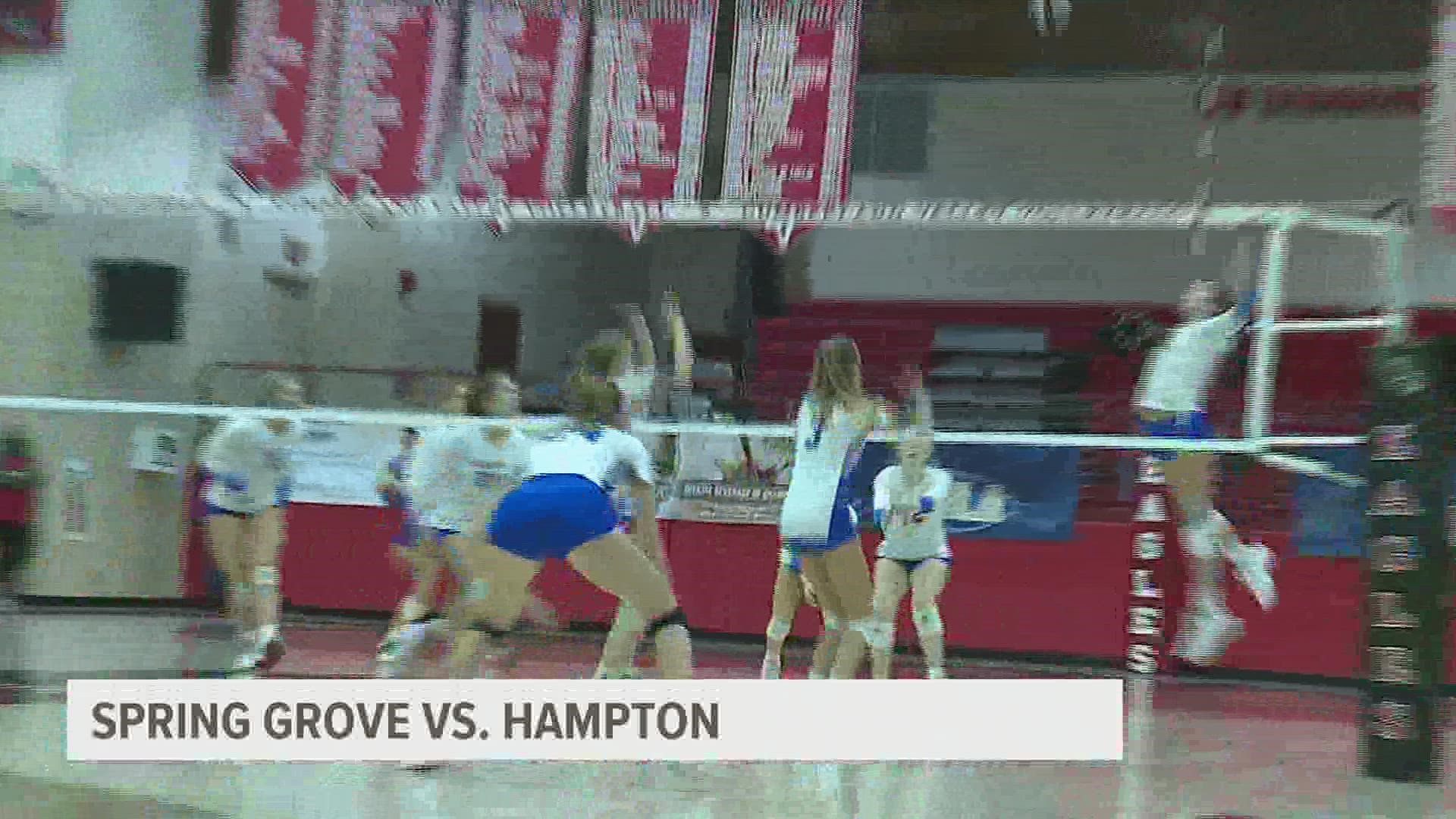 MECHANICSBURG, Pa. — State championship games are always fun. From the time you wake up till the time the competition ends there is just an excitement in the air and when you win that excitement lasts hours, days, weeks, months or even a lifetime.

This Saturday the Spring Grove Area girls volleyball team experienced that excitement and they will for a long time as they brought home the schools first state championship since 1966.

Yes there day started early with a heroes send off party and when it finally finished they were wearing gold medals around their neck after knocking off Hampton in four sets.

Once inside the Dome Gym at Cumberland Valley High School you could feel the energy that the "Blue Mob" had created. There was no doubt that from the beginning they believed that they "would win."

Everyone that stepped on the court played with fire and passion early on.  Every ball from Hampton was contested at the net which led to some easy sets for the Wolfe sisters of Hailey and Nevaeh to finish off with powerful swings.  Those kills led to an even bigger frenzy as the "Blue Mob" just kept getting louder and more expressive.

Maddie Ruhland was a force with her tough service game and was an exception setter for the hitters to set up full attacks for points.

At times it would seem that the stands across from the Rockets bench would not be able to contain crowd as they rose to their feet time after time.

You had that feeling it would be a special evening after Spring Grove took the first set 25-21.

In set two Mylie Ormond  got fancy at the net, instead of a full swing it was just a little bump with the left hand that got down and she had a little shoulder shake after to let her teammates know that she was feeling the moment.

While the second set belonged to Spring Grove the Talbots took the third.

In the fourth it was Ruhland who kicked it back into gear with the service game and then continued to set up Nevaeh Wolfe on the back side.

The gold medal point came on a Spring Grove serve from Anna Watson, after a Katie Brandt dug out the Hampton swing, Hailey Wolfe had the pass to her sister Nevaeh who understood the assignment.

A moment passed, the whistle blew Spring Grove was PIAA 3A State Champions a night the Rockets soon won't forget.

"It feels super awesome to be state champions, the girls worked really hard. This is something that has always been a dream and I am just so excited for them to have this dream realized," said coach Liz Zeigler.

And yes even in victory the win is always bittersweet for seniors but now it is something they will hold onto according to Hailey Wolfe.

"A little sad my last game ever but I am super excited."

The Trinity Shamrocks were back in the state finals looking to for their second straight title.  Facing injuries all season long just getting to this game was a major accomplishment for the Shamrocks.

They faced a tough North Catholic team that had some big hitters at the net that were too much for the Green and White to overcome as they fell in straight sets to finish as the state runner-up. Don't sleep on Trinity next year though all those injuries allowed a young core group of sophomores to get some great experience according to senior Ryanne  Whiteman who was upbeat after the loss knowing they left it all on the floor.

"I am so proud of my class individually and all the girls who have come up into our starting crew because of all the injuries we had.  Losing Lauren (Trumpy) halfway through the season made us all look around and in that moment we realized our younger crew is amazing they stepped up and I am just so proud of them."