Steel-High, Lampeter-Strasburg, and Central York are the three Central Pennsylvania teams still standing in States. All 3 will be in action this weekend. 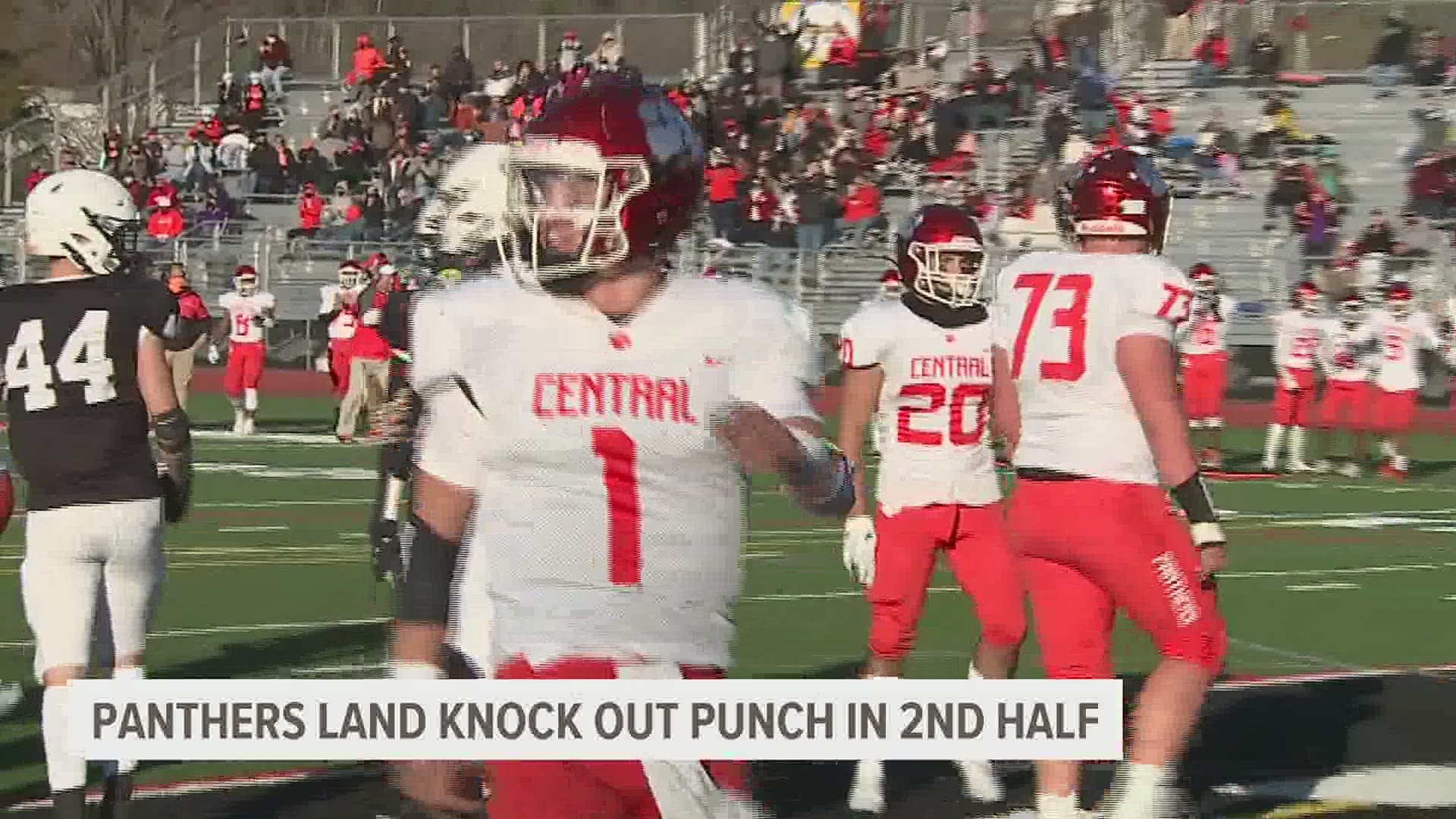 Central Pennsylvania is down to three teams still standing in the state football playoffs.

In Class 1A, Steelton-Highspire, fresh off an unbelievable 39-33 victory over Old Forge that came with literally no time left on the clock, will host District 6 champ Bishop Guilfoyle in the state semifinals on Saturday at 1 p.m. Guilfoyle defeated Homer Center 48-13 in the quarterfinals.

Saturday's winner will face either District 10 champion Reynolds (9-0) or District 7 champ Jeannette (9-1) in the state final.

In Class 4A, two-time District 3 champion Lampeter-Strasburg will host District 4 kingpin Jersey Shore in the semifinals on Friday at 7 p.m. in Lampeter.

Friday's victor will take on either Thomas Jefferson (8-1) or Oil City (10-0) in the state championship game.

And in Class 6A, Central York, which rolled to an impressive 49-27 triumph over Delaware Valley last Friday, will travel to Altoona High School to take on McDowell in the semifinals Saturday at 1 p.m.

McDowell, the District 10 champs, have yet to see action in the state playoffs; they've advanced through two rounds when their scheduled opponents, Erie and Pittsburgh Central Catholic, were forced to withdraw due to COVID-19 issues in back-to-back weeks.

Saturday's winner will face either St. Joseph's Prep (5-0) or Souderton (7-0) in the state championship game.