Should alleged victims of child sex abuse have more time to sue? Soon voters may decide

The amendment would allow alleged victims of child sex abuse more time to file lawsuits. However, critics say it could take away rights of the accused. 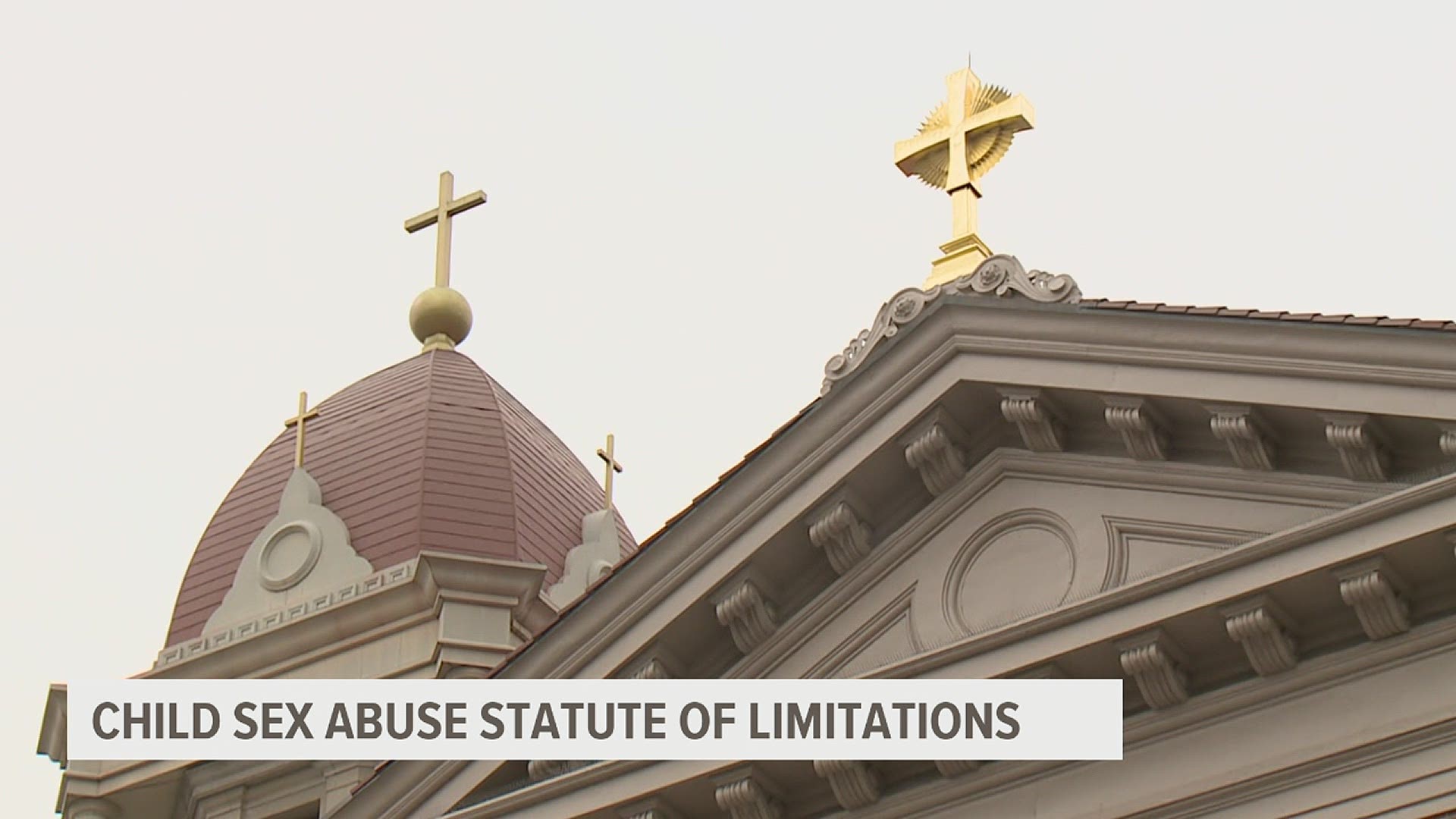 Voters may soon decide if alleged victims of child sexual abuse will have more time to file civil lawsuits against the people or organizations they are accusing. However, critics voiced concern the proposal could tip the scales of justice towards the accuser while taking away rights of the accused.

House Bill 14 is a joint resolution proposing an amendment to the state constitution that would establish a 2-year-long window in which civil claims arising from child sexual abuse could then be asserted even if they had previously been barred by a statute of limitations.

The House Judiciary Committee moved the legislation to the full House on a vote of 24-1. The proposal by Republican Rep. Jim Gregory of Blair County has received bipartisan support with cosponsor Democrat Rep. Mark Rozzi of Berks County. In an interview with FOX43 both lawmakers noted that the proposal is something victims have been fighting for over 20 years.

"We're at the doorstep and we're ready to walk in and get this process started for all victims," said Rep. Rozzi.

Gregory and Rozzi acknowledged pushing the proposal as a constitutional amendment is a harder process but that they have seen quick movement on this particular piece of legislation and that they hope to have it on the ballot very soon.

"Going this process, we know it will be constitutional and it will give the victims exactly what they are looking for," said Rozzi who later added "this bill may be 40-50 years too late. But, we are here now. We're going to get this done for all victims, not just Catholic Clergy victims. We have a lot of Jehovah victims, we have Jerry Sandusky victims. We have victims from their parents, their brothers, their sisters. This is for all victims."

Should alleged child sex abuse victims have more time to sue their alleged perpetrators? Soon, you may get to vote on it. I spoke to the 2 lawmakers backing the proposal as it took a big step forward today. @fox43 @RepJimGregory @RepRozzi #pennsylvania https://t.co/OUpqCFAAPr pic.twitter.com/ljUShkzToT

Even though the bipartisan effort drew widespread support, one lawmaker noted concern that changing the statute of limitations will make it more difficult for the accused to adequately defend themselves in court.

"I don't support it as I haven't in years past. The statute of limitations exist for the very reason of preventing injustice because great expanses of time make it difficult, very challenging for the accused to be able to defend themselves adequately," said Rep. Paul Schemel, (R) Franklin County. He added, "so I believe this seeks to do justice to victims. That seems rightful. However, at the expense of others. And, for that reason I will oppose as I have in the past."

Democrat Rep. Mike Zabel of Delaware County also expressed concern over the topic of changing statute of limitations, although he voted yes to move this measure to the full House.

"I am a yes on this resolution, but I share Rep. Schemel's concerns with regards to statute of limitations and I believe that we as a legislature need to tread very carefully when we're talking about extending statutes of legislation," said Zabel. "With regards to the specific nature of the offense that we're considering here, childhood sexual abuse, the way those injuries or the way those cases manifest themselves in terms of time and psychology warrant this extension. And, it's a properly and carefully considered resolution. However statute of limitations are essential and not something to be tinkered with lightly. I don't believe we're doing that here. But, I do want to reinforce Rep. Schemel's concern and respect for statute of limitation in general as an important part of the rights of the accused."

Rep. Gregory spoke of one victim of sexual abuse who has been tracking the proposal's progress, telling FOX43, "I was really glad to be able to tell him Monday that Wednesday we were going to have a chance to vote it out of judiciary and I could hear the hope in his voice on the other end of the phone... He's on that phone right now waiting to hear from me about how things went and I'm really looking forward to tell him that it passed today and I'm very confident that it's going to pass when we get it to the House floor.".