The PA Supreme Court case could determine if hundreds of cases will move forward against diocese statewide, potentially piling on legal costs 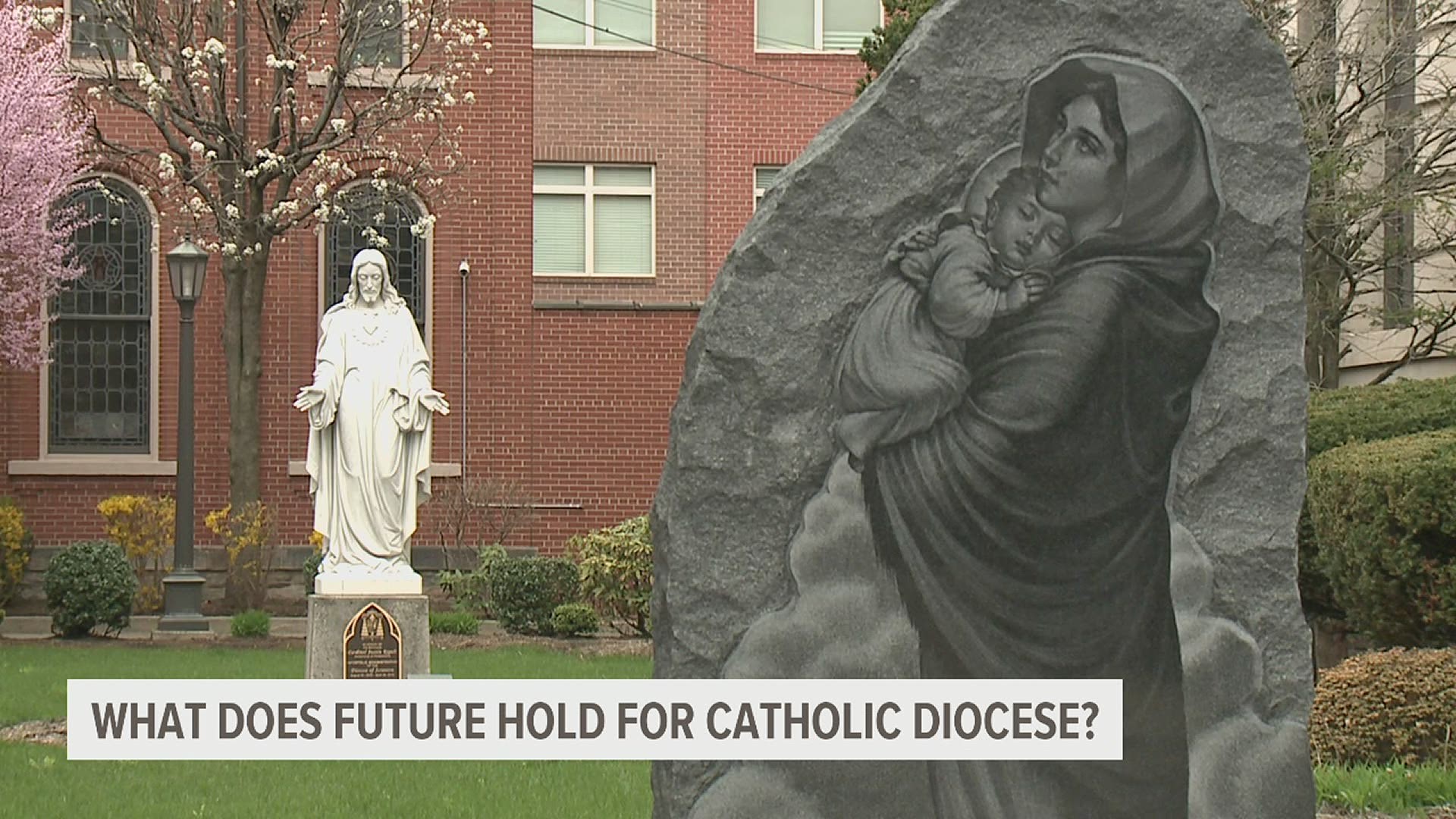 More than 300 cases are piling up against separate diocese statewide and more could be coming depending on the outcome of a case in Pennsylvania's Supreme Court that lawyers warn could have possible 'dire' financial implications on diocese statewide.

"If we win this case in the Supreme Court it's going to open the door for dozens, if not hundreds of cases that have previously been thrown out of court," said Alan Perer of Swensen & Perer, who is expected to argue the case tomorrow.

The decision that lies before Pennsylvania's Supreme Court is whether to uphold a ruling by a Superior Court in Renee Rice vs the Altoona-Johnstown Roman Catholic Diocese.

The Superior Court determined that it is possible for a jury to decide whether the statute of limitations should apply in lawsuits stemming from the catholic church sex abuse scandal.

However, many diocese lawyers claim amending the statute of limitations is a decision that lies with the state, not the courts.

"The trial court applies the law properly to the facts of the case and the Superior Court misapplied the law," said Eric Anderson, who serves as counsel for Diocese of Altoona-Johnstown. "It made a decision that is contrary to how Pennsylvania law has existed for years."

Since the Superior Court decision, more than 300 lawsuits have been filed against separate diocese across the state. The lawsuits, referred to as 'post-Rice' cases, include more than 130 filed in Pittsburgh, more than 70 filed in Philadelphia, and others filed against Allentown, Erie, Greensburg, Harrisburg, and Scranton.

"At minimum, we're talking dire financial consequences for all the diocese," said attorney Casey Coyle of Eckert, Seamans, Cherin & Mellott, who represents the Scranton Diocese which is facing 51 cases when asked about the litigation costs and the long-term impact on the Catholic Church if all post-Rice cases are allowed to be heard before a jury.

"I think there will either be some large scale mass settlement, or in some cases, I believe there will be a bankruptcy," said Perer, when FOX43 asked him a similar question.

Right now, the diocese of Harrisburg remains the only diocese to file for bankruptcy. No other diocese has announced any intention to file.

"I will note that the diocese of Altoona Johnstown in briefing the PA Supreme Court noted that the Roman Catholic Diocese of Harrisburg filed for bankruptcy earlier this year, when it was the named defendant in just 19 lawsuits," said Coyle.

The post-Rice cases seek compensation outside survivors funds that have already paid out millions in claims. Some diocese lawyers call the scale at which the cases are being filed 'unprecedented,' with many being filed in the months following the Superior Court decision.

"The church is committed to making right with its past," said counsel Matt Haverstick of Kleinbard LLC, who represents the Diocese of Harrisburg and the Diocese of Greensburg. "But, there's a way it can be done that keeps churches and nonprofits vital providers of a safety net especially during times like these. And, I don't think that open season through litigation is the way to do that."

Lawyers representing different diocese also noted many of the lawsuits involve priests who are no longer alive, or defense documents that date back several years.

"The church wants to help survivors of child abuse and sexual abuse. It's really committed to doing that and I've seen that firsthand over the past several years," said Haverstick. "But when you talk about, as you said, defending against lawsuits that are 40, 50 years old when a lot of the participants may not be alive, certainly some of the participants may not have the memories they did. It's not fair I think for any litigant. And, this is why statute of limitations exists for everyone."

But Perer noted many of the people filing lawsuits learned of the depth of the catholic church sex abuse allegations with the release of the Grand Jury Report. Therefore, he said, the Superior Court decision gives plaintiffs the chance to sue if they allege cover-up or fraud by the diocese, as long as the jury decides the plaintiffs were justified in not filing suit earlier.

He added, many survivors have already individually sought counseling and treatment, so financial compensation is the best option for them moving forward.

"There's no justice for these people other than being compensated for what's been taken away from them their whole life," said Perer.

Virtual arguments are set to take place in the Rice vs Altoona-Johnstown Diocese case Tuesday.

Warning of possible 'dire' financial implications for Catholic Diocese across PA. @FOX43 at 4, how a PA Supreme Court case could have a ripple effect across the state, threatening to possibly unleash a flood of litigation against diocese #diocese #pennsylvania #CatholicChurch pic.twitter.com/C3CVUx1nQr