Legislators look for other ways to pass constitutional amendment delayed by Dept. of State error

Secretary of State Kathy Boockvar will step down later this week, following an administrative error that delayed a measure to help survivors of child sex abuse. 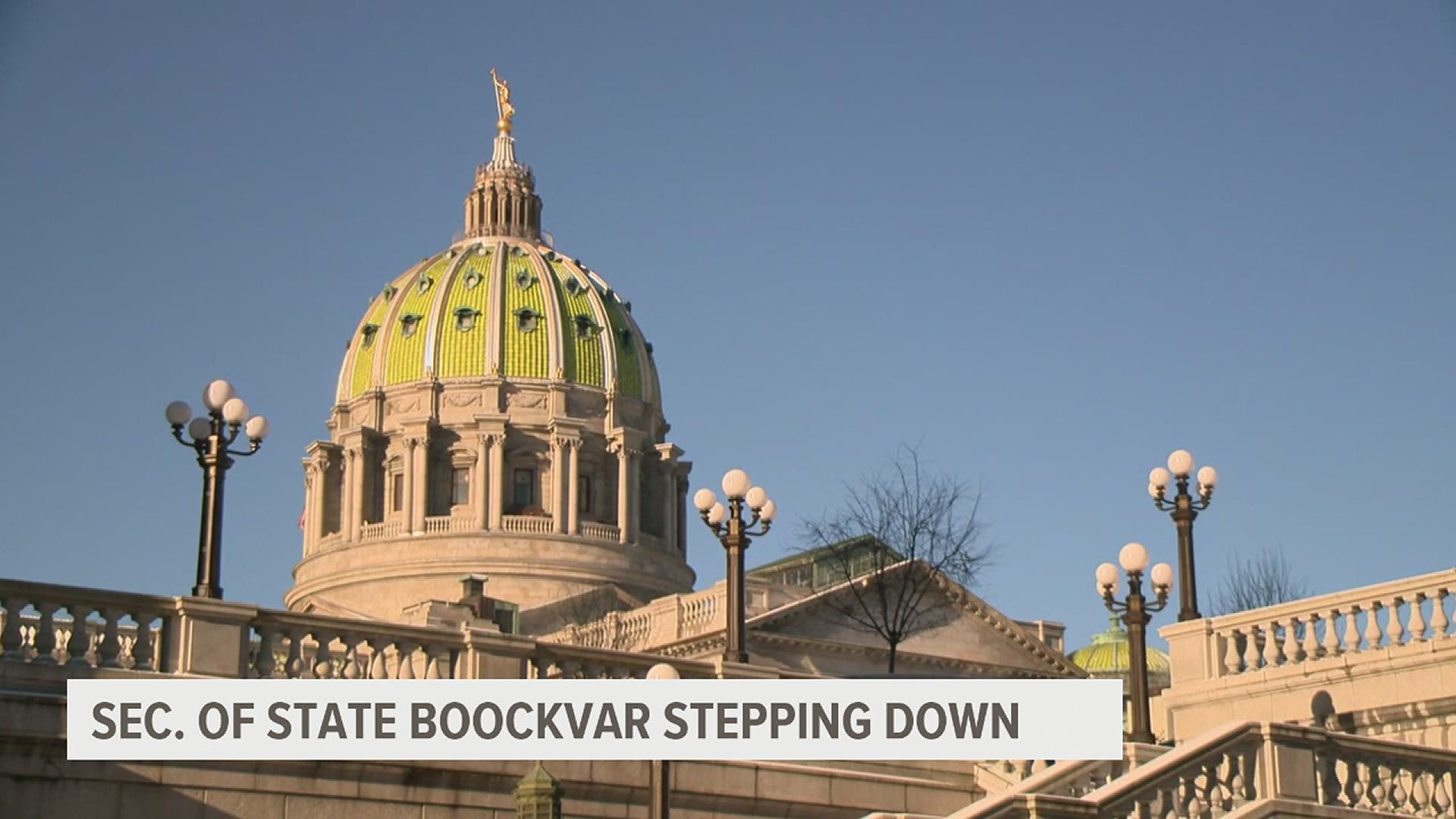 HARRISBURG, Pa. — Pennsylvania Secretary of State Kathy Boockvar will step down later this week, following an administrative error that delayed a measure to help survivors of child sexual abuse.

A proposed constitutional amendment would temporarily extend the statute of limitations for child sexual abuse lawsuits by creating a retroactive two-year window in which to file civil lawsuits against abusers.

The Pennsylvania Department of State failed to post required public advertisements of the proposed constitutional amendment in two newspapers in every county prior to the November 2020 general election.

The measure was expected to go before voters in a referendum during the May 18, 2021 primary elections, but now will be delayed until 2023.

State Rep. Mark Rozzi (D-Berks), a champion of Pennsylvania sex abuse victims and a survivor himself of abuse of the hands of Catholic priests, said he was “heartbroken” when he heard the news during a meeting with Gov. Tom Wolf on Monday morning.

“What the hell happened here in this Commonwealth and why has it taken so long for [victims] to get justice and find out the truth?” Rozzi said. “One thing we know is, they’re still out there suffering. We’re going to have more victims commit suicide. And predators are still going to continue to prey on children.”

The legislature could still pass the measure through other channels. Two options include passing the measure as a bill, or approving an emergency constitutional amendment so voters can still decide the issue during May elections.

“There are solutions to this problem. The legislature—the House and the Senate—needs to have the courage to act on this and move it forward for victims who have waited so, so long,” Rozzi said.

House Republican leadership said there was political will to pass the measure by other means.

“When you look at the vote totals, it has been overwhelmingly supported by both caucuses,” said House Speaker Bryan Cutler (R-Lancaster). “So I’m certain once we figure out the legality of whichever approach, it will likely have strong support in the General Assembly again.”

As a result of the error, Secretary of State Kathy Boockvar will step down Feb. 5.

The advertising mistake was “simple human error,” the Department of State said in a statement. Officials said they would take steps to ensure such errors don’t happen again.

The secretary’s resignation was not related to the controversial 2020 elections, the statement added.

Both State House and Senate Republican leadership, however, released statements criticizing Boockvar’s leadership during the election and praising her decision to step down.

“I think that’s unacceptable and glad to see the secretary resigned over this,” said Speaker Cutler.