FOX43 Capitol Beat: Is PennDOT's proposal to toll the I-83 bridge a user fee or tax?

PennDOT recently announced its plans to start tolling nine bridges across Pennsylvania, including the I-83 bridge in Harrisburg, to pay for improvements. 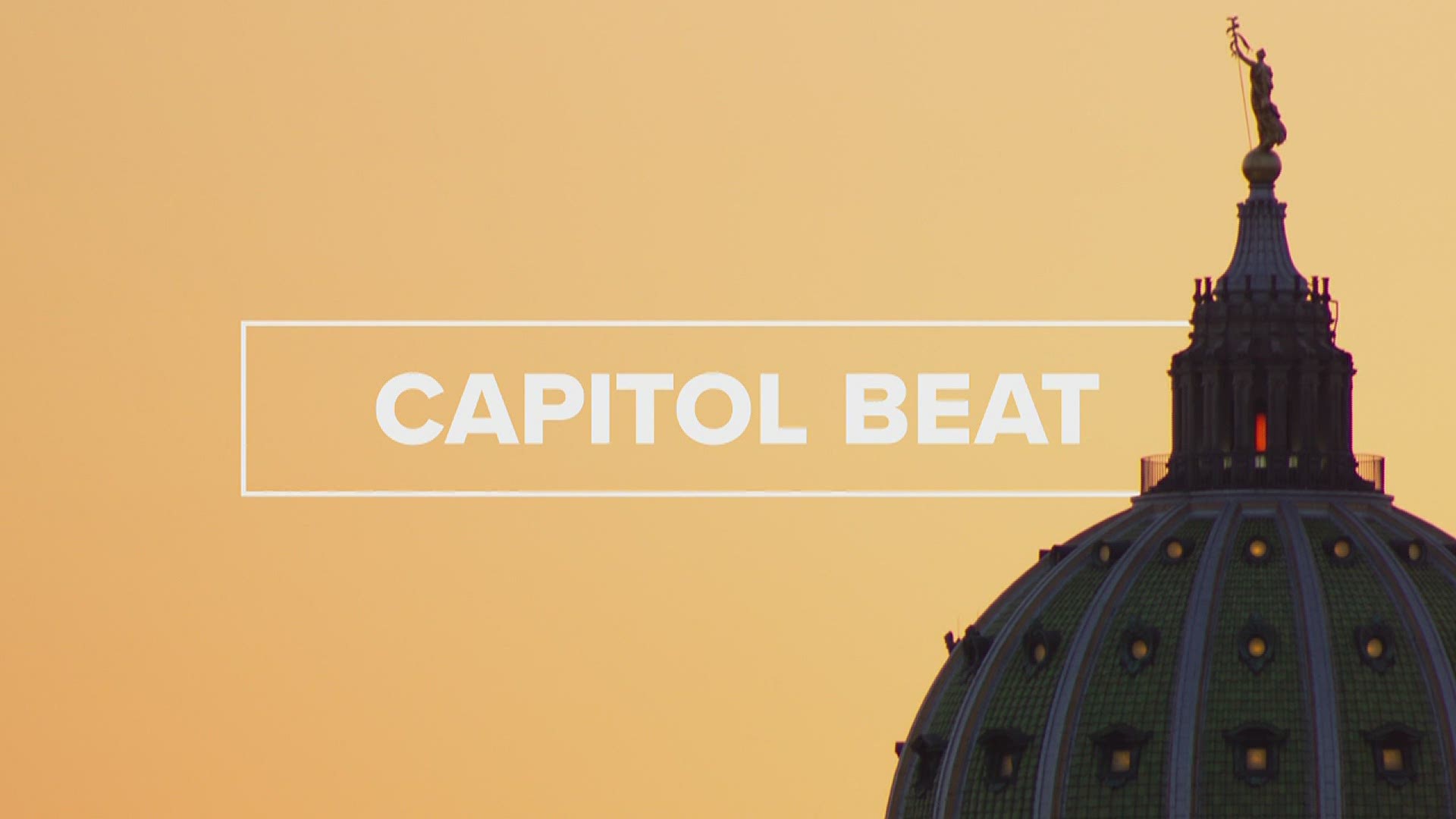 PENNSYLVANIA, USA — The Pennsylvania Department of Transportation says nine of its interstate bridges in the commonwealth are in desparate need of repairs, and the way to pay for the funding needed to improve them is through tolls.

PennDOT believes the plan -- which would toll nine bridges through a public-private partnership -- would generate $2.2 billion over 30 years. The bridges are all more than 60 years old, which PennDOT officials believe are at the end of their useful life and need to be replaced.

One of the bridges slated for repairs is the John Harris Memorial South Brdge on Interstate 83, which connects Harrisburg in Dauphin County to Lemoyne and the West Shore area of Cumberland County. PennDOT believes construction, and tolling, wouldn't start until late 2023-early 2024.

Tolls on the bridge would run either $1 or $2, and PennDOT is still determining if drivers will be tolled one or both ways. Tolls would be collected via EZ-Pass or toll-by-plate method. The earliest tolling would take place is late 2023, says Ken McClain, PennDOT's alternative funding program director.

"Without a dedicated source of revenue, it would be very difficult for us to be able to find the money within the timeframe that we need to reconstruct this bridge," he said.

The ability for PennDOT to institute tolls on these bridges comes from Act 88 of 2012, and the Public-Private Partnership, or P3, which gives a private company room to toll for repairs, which then gives PennDOT the money acquired. State lawmakers say it was established in November that PennDOT would consider removing tolling as part of the P3 agreement.

"We do have a certain amount of time, legislatively, that we can put a resolution through that says, no, that's not something we want to do," says State Representative Sheryl Delozier (R-Cumberland). "The problem is these projects were announced after that deadline passed."

Delozier represents an area of Cumberland County directly impacted by the proposed tolling. A number of Cumberland County residents commute into the City of Harrisburg for work, and use the I-83 bridge as part of their travels. She was a guest on the FOX43 Capitol Beat this week.

"We already pay three times what normal people pay as part of a local service tax," said Delozier, referring to the tax incurred on people who work in the City of Harrisburg. "Now we're going to tax them to get to work?"

In 2012, then-House Bill 3 passed the GOP-majority chamber, giving PennDOT the power to use tolls as user fees for transportation-related funding. Delozier, along with 116 other lawmakers, many of whom remain in the state legislature today, voted in favor of the proposal.

Delozier admits while the bridges need work, there needs to be more consideration into how PennDOT is budgeting its money.

"We need to restructure how PennDOT is funded and understand we can't go back to the taxpayer every single time."

PennDOT is taking public comments on the proposal through March 29 on their website. Comments may be submitted through a comment form, via email to i83SouthBridge@pa.gov, by leaving a message on PennDOT's hotline at 717-743-1005, or by sending a letter to I-83 South Bridge Project, Attn: Derek Mitch, 2140 Herr Street, Harrisburg, PA 17103.