In an effort to fund necessary infrastructure improvements, PennDOT is considering tolling nine bridges throughout the state. 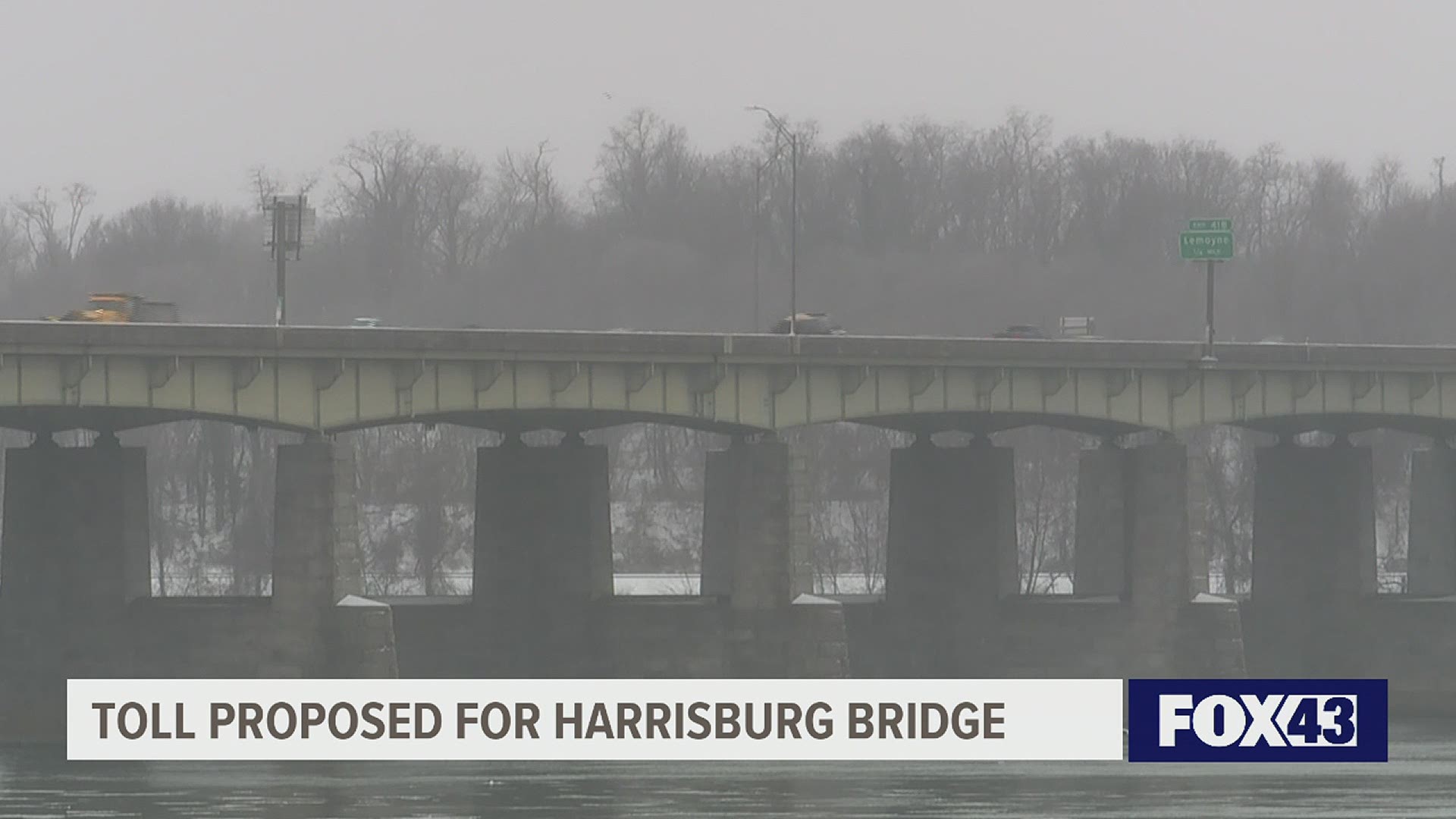 HARRISBURG, Pa. — In an effort to fund necessary infrastructure improvements, PennDOT is considering tolling nine bridges throughout the state.

“These structures are aging. Many of them were built over 60 years ago. They’re coming to the end of their life cycle and it’s very important that they get the attention necessary for the economic purposes of Pennsylvania moving forward,” said Ken McClain, PennDOT alternative funding program director.

PennDOT officials are searching for new funding strategies, as 74 percent of their current revenue comes from federal and state gas taxes. As cars have become more fuel-efficient, gas sales have fallen.

One of the bridges slated for renovations is the I-83 John Harris Memorial (South) Bridge connecting Harrisburg to Cumberland County.

The bridge was built in 1960 and widened in 1982. It carries more than 125,000 vehicles over the Susquehanna River every day, according to PennDOT.

At 61 years old, the bridge is nearing the end of its serviceable lifespan, meaning it requires more frequent and more costly repairs.

The improvement project includes the total replacement of the bridge, widening of the bridge to five lanes in each direction and reconfiguration of the Lemoyne interchange on the West Shore.

“This way if they’re doing that, it’s not only going to be people that live here, it will be everybody that’s getting it. So everyone is going to be helping to pay for the bridge,” said Susquehanna Township resident Danny Gassert.

Others said if they had to pay, they would take another route.

“Why should I have to pay a toll to cross a bridge? I already pay taxes to fix roads already,” said Tony Bengler of Swatara Township.

Construction of the I-83 South Bridge is expected to begin in 2024.

Toll collection is expected to begin some time before that.

Tolls would cost between $1 to $2 each direction and would be charged through E-ZPass or Toll by Plate.

A virtual presentation and public comment will be live from Feb. 18 to March 29. PennDOT will also hold a telephone town hall on March 16.