According to a release, the investigation is part of a series of hearings on the handling of the pandemic by the Wolf Administration. 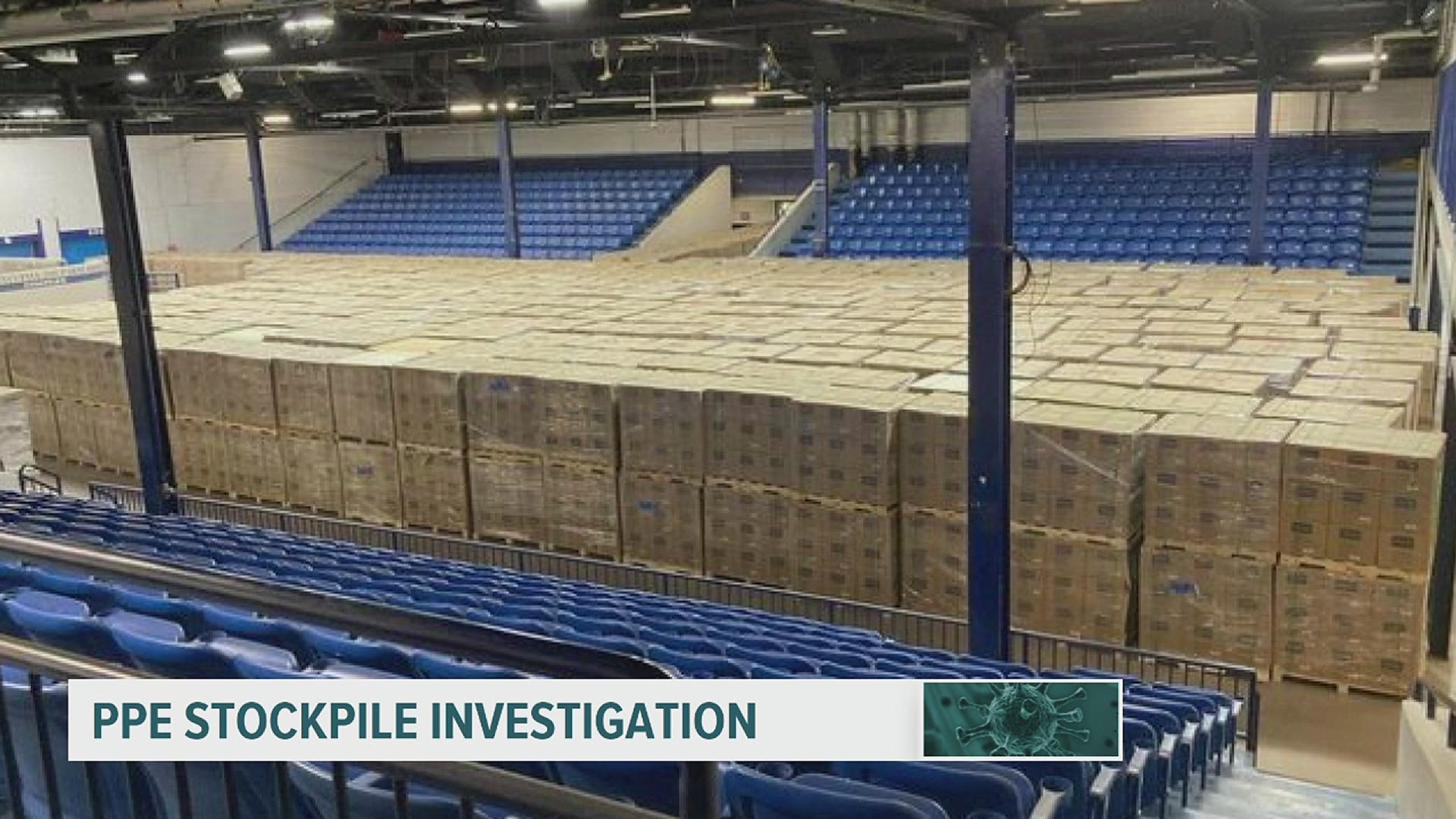 HARRISBURG, Pa. — The House State Government Committee is expected to investigate the PPE stockpile that's being stored at the Pennsylvania Farm Show Complex.

The personal protective equipment that's being kept at the complex in Dauphin County is raising some questions like, Why is it there? How much PPE has been sent? Where will it go next?

On March 31 at 9 a.m., a number of state officials will begin looking into the stockpile of equipment.

According to a release, the investigation is part of their series of hearings on the handling of the pandemic by the Wolf Administration.

Senator Doug Mastriano (R-Adams County) told FOX43 he was denied access to inspect the PPE at the Farm Show Complex. Mastriano explained how the public deserves to know how taxpayer dollars are being used and if there are any transparency issues.

A spokesperson from PEMA said the PPE is being kept at the complex because it's a secure and in a centralized location.

Mastriano's office also questioned if the stockpile is preventing the Pa. Farm Show Complex from hosting in person events.

"Now, that the farm show and the tourism groups want to anxiously open up to get events there, we're looking for a place for all of the supplies," Rep. Patty Kim (D-Dauphin County), said.

According to officials, the PPE is being shipped out as needed to support vaccination sites across the commonwealth and a long term plan is underway.

The equipment consists of masks and sanitizer, and it's been housed at the complex in Dauphin County since last March.

Officials are seeking a new home for the 51 million dollar stockpile. Governor Tom Wolf said a permanent PPE stockpile was necessary to prepare for any future pandemics.

Happening Today: An investigation into the $51 million stockpile of PPE at the PA Farm Show Complex is expected to begin around 9 a.m. in Harrisburg. @FOX43