The Dauphin County Republican said he has fully recovered and spent two weeks in self-isolation after testing positive May 18. He said he suffered "mild" symptoms. 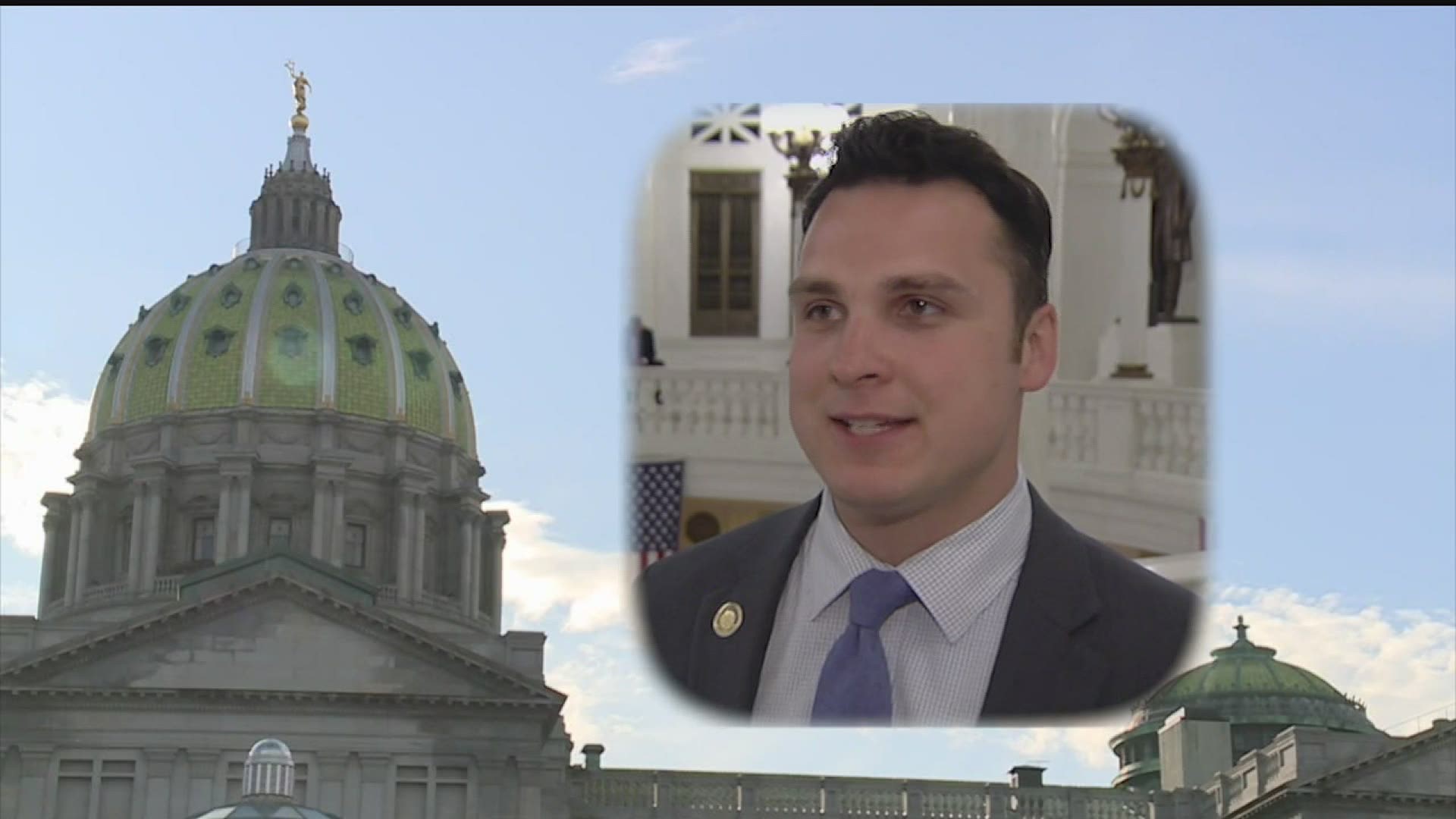 HARRISBURG, Pa. — A member of the Pennsylvania House of Representatives who tested positive for COVID-19 earlier this month says he followed all proper protocols in alerting leaders in the Republican party.

State Rep. Andrew Lewis, a Republican representing District 105, which covers a portion of Dauphin County, said he tested for the virus on May 18, and was informed he tested positive two days later.

Lewis said he immediately contacted the House and went into self-isolation for two weeks.

"My first priority was to let everyone I came in contact with or close proximity with know," Lewis told FOX43 on Thursday. "As soon as I got my test results, that’s what I did."

Lewis said it would have been "very unlikely" he came in contact with Democrats in the days before beginning his home isolation on May 15.

He is confident he didn't get the virus from the Capitol, and would not disclose where he thought he acquired it.

House Democrats did not learn about the positive diagnosis until Wednesday, May 27, a week after Lewis learned the test results. House Minority Leader Frank Dermody, of Allegheny County, said Democratic caucus members were "shocked" to find out.

"It’s a workplace safety issue. It's crucial that we know," Dermody said. "It’s a serious situation we’re in. We’re here during the week. We all go home to our family and loved ones. The last thing we want is to jeopardize the health and welfare of our members and staff."

"I’m surrounded by members who can’t go see their kids. Who are having to call their husbands and wives and say, 'Honey, I may have exposed you and everybody I love in his world,' because he was protecting his family and not protecting mine, and Republic leadership protected him," Sims shouted.

Mike Straub, a spokesperson for the House Republican Caucus said all CDC and Pennsylvania Department of Health guidelines to develop protocols.

Two other state representatives, Russ Diamond (R) and Frank Ryan (R), both from Lebanon County, have been under quarantine for possible exposure to COVID-19.

Diamond says he was notified on May 21 that on May 14, he may have come in contact with someone who has since been diagnosed with COVID-19.

In his statement, he says in part ".. Upon receiving that notice, I voluntarily cancelled every in-person meeting or other engagement I had on my schedule through today. I also traced my steps back to May 14 to account for every place I had been if I did come down with COVID-19. I then commenced to self-quarantine until today..."

Lewis said in telling House of Representatives Human Resources, he thought they would let everyone know. However, according to Dermody, there is no policy currently in place on what to do if a House member tests positive for COVID-19.

FOX43 contacted to the Pennsylvania Department of Health to see if there are any guidelines on if and how workplaces should let their employees know when a co-worker tests positive with the virus.

Nate Wardle, a spokesman with the department, replied, saying in part, "Employers that are notified of a positive test within their facility are expected to follow the Worker Safety Order in regard to establishing protocols for execution upon discovery that the business has been exposed to a person who is a probable or confirmed case of COVID-19, as identified under section A.3 of the Worker Safety Order. "