Some York County residents say Glatfelter to blame for flooding

NORTH CODORUS TOWNSHIP, YORK COUNTY, Pa. –After nearly a week of rainfall many counties in Central Pennsylvania are experiencing some serious flood damage... 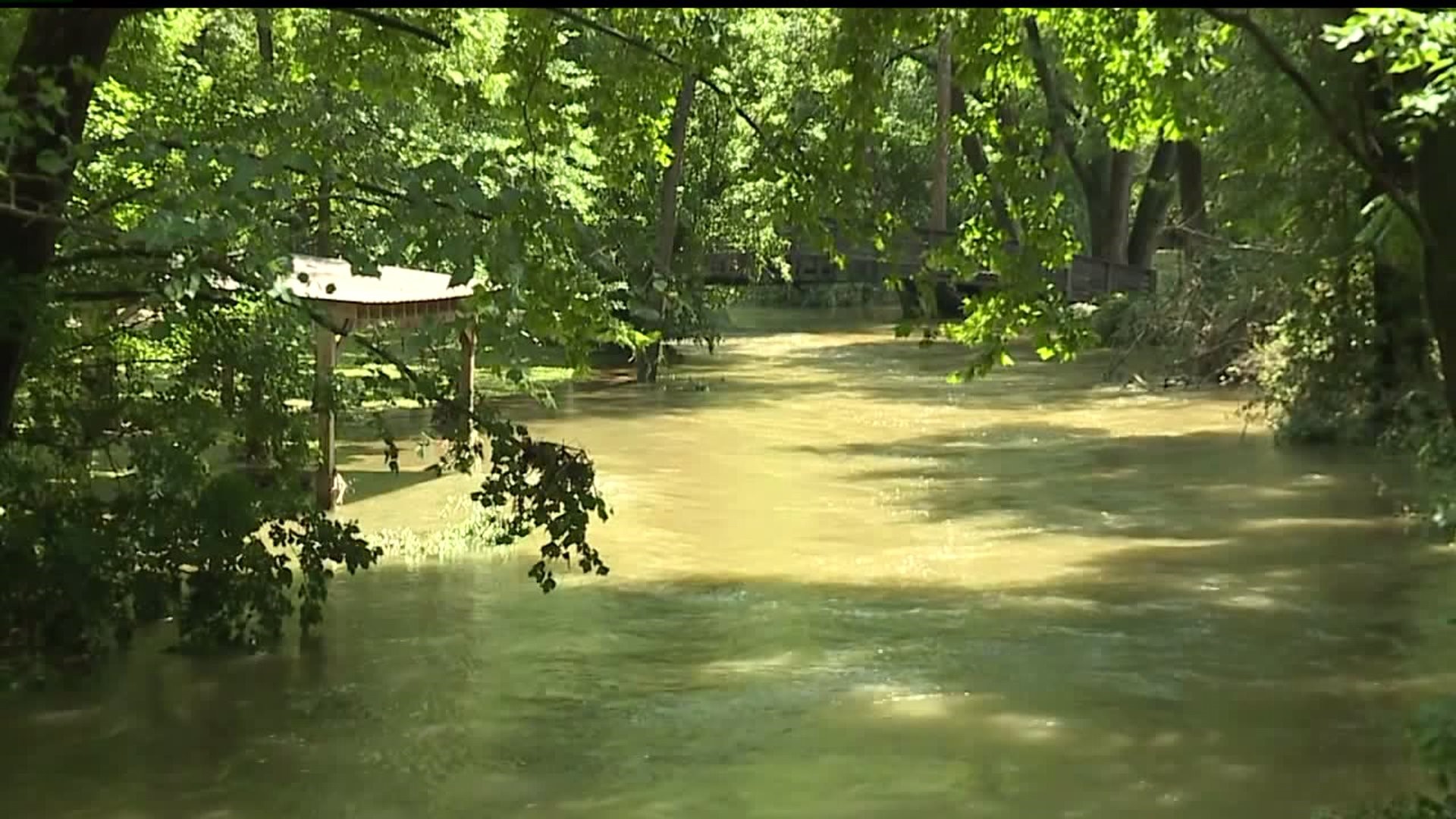 NORTH CODORUS TOWNSHIP, YORK COUNTY, Pa. --After nearly a week of rainfall many counties in Central Pennsylvania are experiencing some serious flood damage.

For one York County neighborhood along Codorus Creek, they tell FOX43 that the heavy rain fall isn’t the issue, instead, they say the Lake Marburg Dam is.

Rodger and betty Laughman, who have lived on Krafts Mill Road for over 41 years say they’ve never seen floodwaters like this before.

"When they opened up the gates, they let two feet out at time, that’s a lot of water," Rodger Laughman, owner at Stewart Laughman Sawmill.

The Laughman’s say ‘Glatfelter’, who manages the Lake Marburg Dam, just a couple miles up the road is to blame, because they opened up the flood gates.

“You don’t have to be a rocket scientist to figure out what’s going on," said Rodger Laughman.

“It creates so much damage down the stream and the thing was built for flood control," he added.

“It came down Bungalow Road and it came right in and well you can see the ground pile right there where our drying shed is, the water went right through it," said Betty Laughman.

Craig Parker who lives just down the road, says 40 minutes after the rain started on Wednesday, he noticed 'Glatfelter' crews allegedly communicating through radios near Codorus Creek.

“I heard the one guy saying to back it off there’s too much water coming across the road it’s going to wash the road away and till that time we’re out here hunting for our animals and everything because our houses are getting hit and flooded out," said Craig Parker of North Codorus Township.

“It wasn’t a flash flood, it was from water being released from up there , it wasn’t been controlled properly," said Parker.

“I’ve lived in this valley since 1975 and everything that I have worked for is pretty much gone," he added.

FOX43 reached out to Glatfelter for comment on the claims and they responded to us in part quote — “Last nights storm added an additional four inches of rain in just over an hour and when paired with an extremely saturated landscape, it caused Lake Marburg to rise to a level that triggered automatic discharge.” -Glatfelter

Glatfelter also tells FOX43 that the dam is designed to protect Lake Marburg from breaching and is being monitored around-the-clock.