HARRISBURG, P.A. —- It was a Monday for map rulings. Within hours of each other, three federal district judges and the U.S. Supreme Court ruled in favor o... 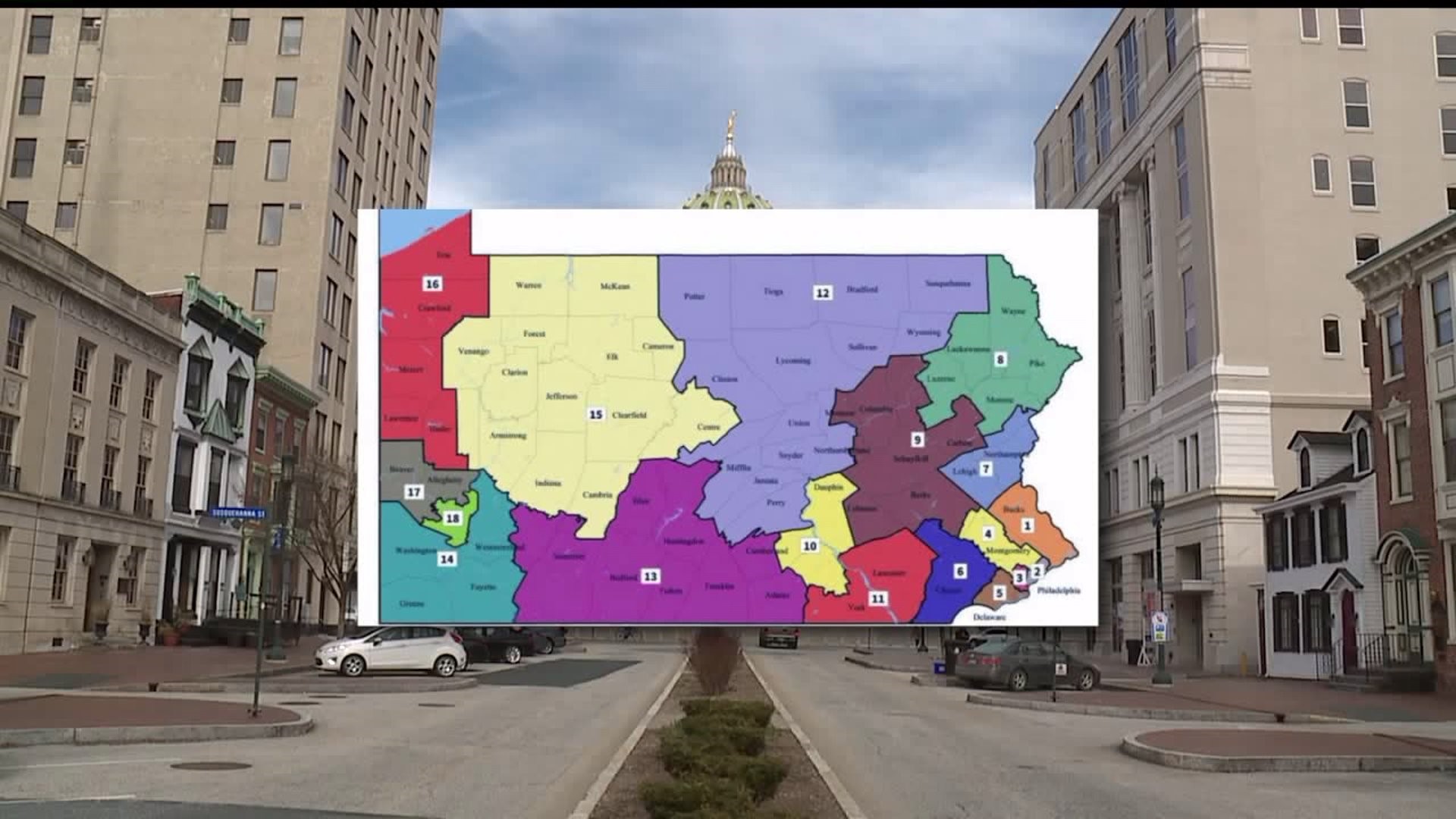 Within hours of each other, three federal district judges and the U.S. Supreme Court ruled in favor of the Pennsylvania Supreme Court-created Congressional District Map, blocking a challenge from commonwealth Republicans.

They ruled Pennsylvania Republicans lacked "the standing" to block the map, which means the court believes the challengers were not directly harmed by the new Congressional Map.

Suzanne Almeida, executive director of the PA League of Women Voters, who originally challenged the 2011 Congressional District Map as gerrymandered, or in favor of one political party, said they're "excited" about the final rulings.

"Not just because we want the litigation to end but also because this is one step closer to ensuring that Pennsylvanians vote on fair maps in the upcoming election," said Almeida.

Governor Tom Wolf issued the following statement: “I applaud these decisions that will allow the upcoming election to move forward with the new and fair congressional maps. The people of Pennsylvania are tired of gerrymandering and the new map corrects past mistakes that created unfair Congressional Districts and attempted to diminish the impact of citizens’ votes. I want to thank every citizen who spoke out in favor of fair maps and against partisan gerrymandering. Now, Pennsylvania must move forward and work together to enact nonpartisan redistricting reforms. The Department of State has been working proactively to oversee an orderly transition to the new congressional map and will continue to assist counties, voters, and candidates through this process to ensure we have a smooth election in May.”

However, Matthew Brouillette, president and CEO of Commonwealth Partners, said the ruling is the beginning of a "constitutional crisis."

"You have a federal court allowing state courts to usurp powers that are clearly reserved to our legislature. What this precedent sets is going to be very troubling and I guess we're going to have to see what kind of other powers are courts are going to be able to take that belong to the general assembly," said Brouillette.

He said he thinks the courts ruled the way they did because the "train was so far down the track" and wanted to avoid "chaos" by reversing the map.

Senate President Pro Tempore Joe Scarnati (R-25), Senate Majority Leader Jake Corman (R-34) and Senator Mike Folmer (R-48) issued the following statement: “We are upset by the decisions today of the three judge panel in Middle District Court and the U.S. Supreme Court regarding redistricting. It is disappointing that the U.S. Supreme Court did not intervene. This Middle District Court case was dismissed on the legal issue of standing, not on the facts of the case. We still believe these issues in this case are vital constitutional questions that deserve to be heard, including the PA Supreme Court taking on the role of creating legislation. The state court’s decision to draw maps takes us down a path for the creation of another legislative body in Pennsylvania.”

Both Almeida and Brouillette said they believe there is a need for an independent commission for future Congressional Map drawings.

As of right now, House Bill 722 and Senate Bill 22, which are both currently in committee, are looking to establish an independent map-making commission in the legislature.

Almeida said would take the partisan fighting out of the map-making process by creating an 11-person committee comprised of four Republicans, four Democrats, and three non-affiliated/third-party individuals.

Tuesday, March 20 is the deadline for congressional candidates to file their petitions to run in the upcoming primaries.