Fire officials are warning families about the hazards of working from home after an overheated laptop ignites a fire in York County. 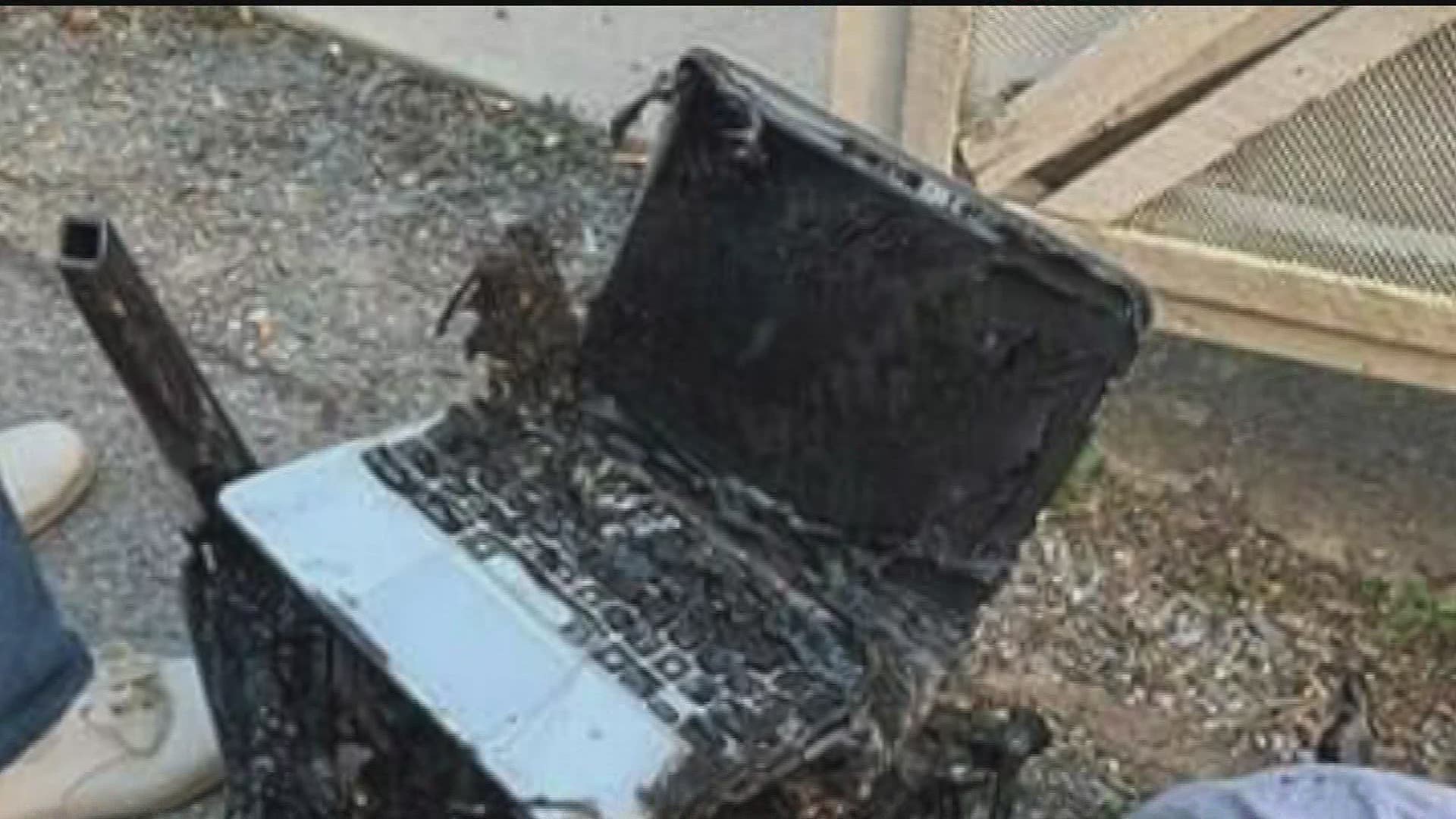 YORK COUNTY, Pa. — With many parents working from home and children taking classes remotely, households may be running out of work spaces. A local high school student learned the hard way never to choose comfort over safety.  Authorities are warning families about home fire hazards after a close call in Wrightsville, York County.

The Craley Fire Department responded to a reported house fire on April 16. Chief Jesse Frantz said the cause of the fire was linked to an overheated Chromebook, issued by the Eastern York School District.

“It was inside the bedroom charging,” said Chief Frantz. “It looked to be on top of a plastic divider, like a cabinet.”

No one was hurt, but Chief Frantz said it could have been much worse. Lithium batteries are in everyday devices and can ignite devastating fires.

“When the lithium battery decides it’s going to explode, it’s going to do it very fast and very violently,” explained Chief Frantz.

- Never leave a laptop plugged in and charging on a combustible surface that easily absorbs heat, like a bed or couch. It restricts airflow and heat builds up within the device.

- Get into the habit of unplugging your electronic devices before you go to sleep or leave the house.

- Older devices are more susceptible to overheating. Chief Frantz said the Chromebook involved in the fire was 5 to 6 years old.

- Keep your chargers on flat, hard surfaces. “Sometimes, we’ve actually had just the charger themselves burn up and nothing was even plugged into it,” explained Chief Frantz. “We always try to say, make sure you stick with a factory charger or one made for that device specifically.”