Lancaster County Coroner rules asphyxia, strangulation as cause of death for Linda Stoltzfoos

The coroner determined asphyxia from strangulation and suffocation as the cause of death. A stab wound Stoltzfoos suffered to the neck is also a contributing factor. 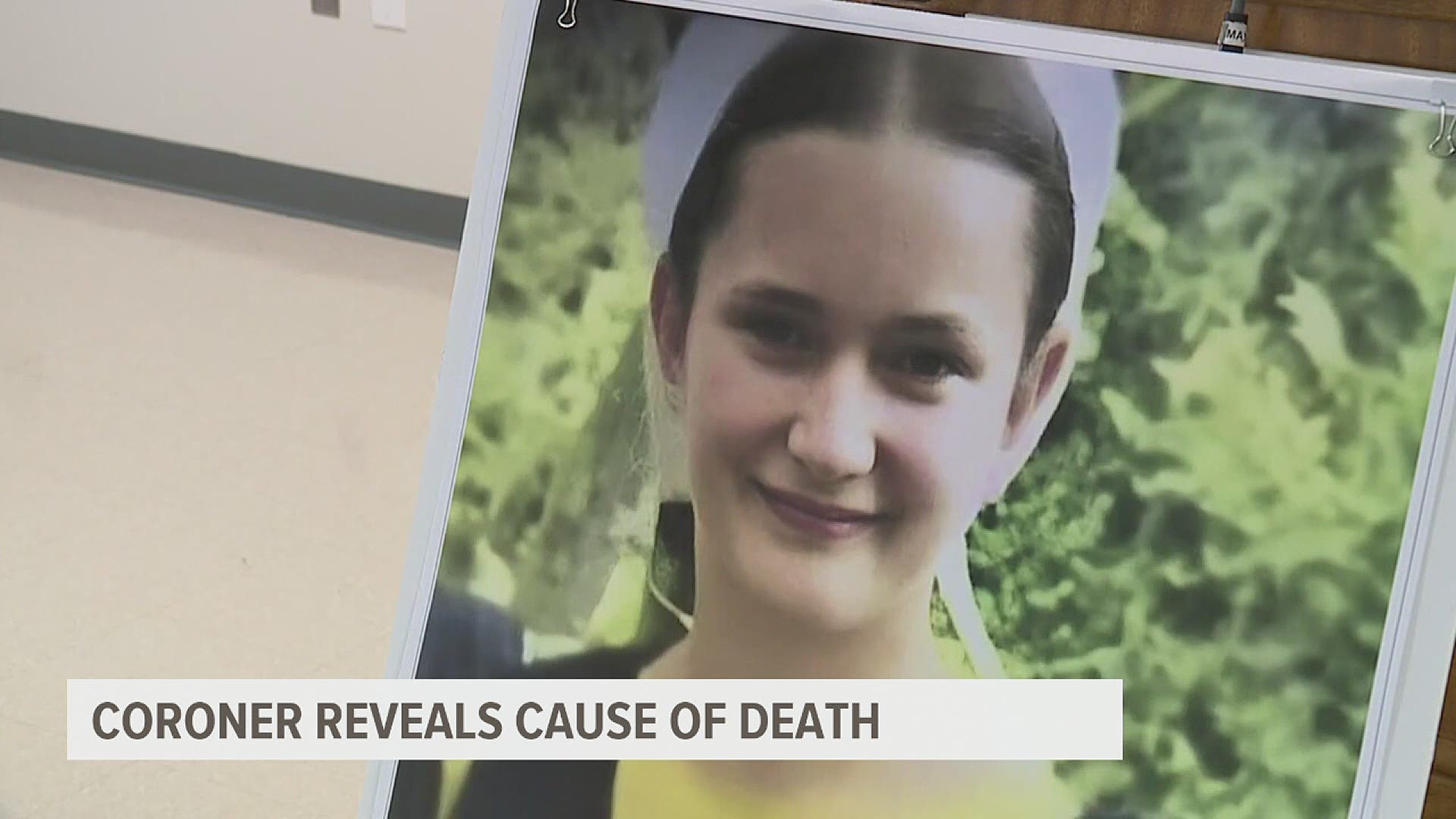 LANCASTER COUNTY, Pa. — The Lancaster County coroner's office has completed the autopsy of the remains uncovered by investigators in Sadsbury Township earlier this week.

Coroner Dr. Stephen Diamantoni has ruled asphyxia from strangulation and suffocation as the cause of death of 18-year-old Linda Stoltzfoos.

He said Stoltzfoos also suffered a stab wound to the neck; he listed the wound as a contributing factor in Stoltzfoos' death.

Dr. Diamantoni says his team identified the remains as that of Stoltzfoos via dental records.

Dr. Diamantoni notes staff, who are board certified in forensics, had a more challenging time determining the cause and manner of death because of the effects of decomposition over time.

"I think sometimes decomposition makes evaluation more difficult. Fortunately, there is enough evidence on the body to make the determination of cause and death," Dr. Diamantoni told FOX43. "It is clear cut. If I had questions or concerns, I would pend cause and manner."

A few things happen next.

"We look for bits of tissue that we take and we look at under the microscope. We will also obtain toxicology studies. Routinely in cases like this, we do studies for sexual assault as well," he explained. "I'm not sure how long they will take to come back."

It could be days for some studies, weeks for others.

"I don't anticipate that will change cause and manner of death, but it will help explain other things. It will help the prosecution make their case in court," Dr. Diamantoni said.

Investigators uncovered the remains 10 months to the day Stoltzfoos' went missing. Dr. Diamantoni said he suspects it has been 10 months since Stoltzfoos' was killed.

Dr. Diamantoni noted it's not the most challenging case that his investigators have seen. He says some bodies have come in years after death. The coroner's office has also examined skeletal remains.

Dr. Diamantoni says studies will bring new information to light, and it is likely that someone from the office could make an appearance in court to talk specifics. 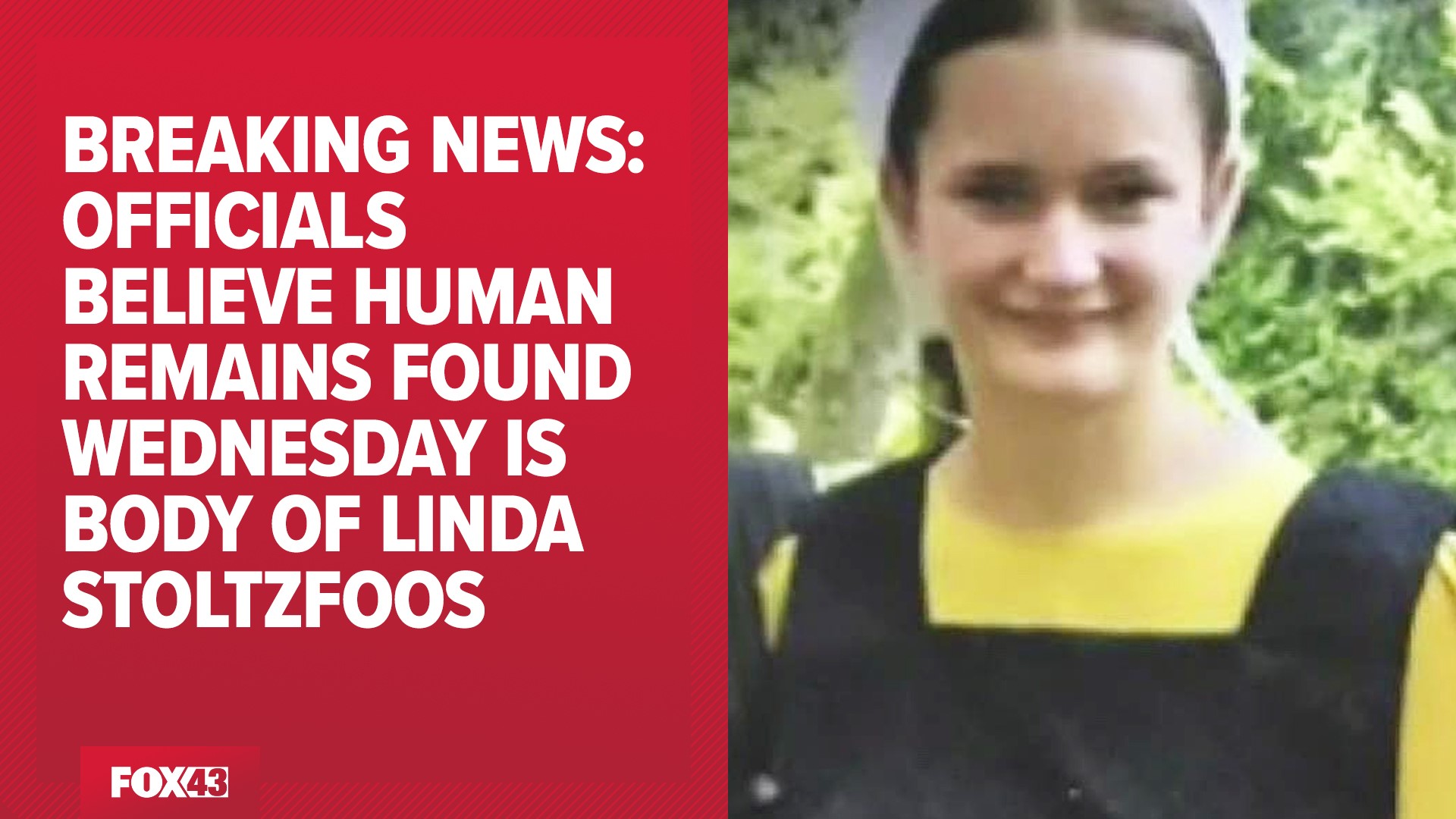 Stoltzfoos was last seen leaving a church service to walk home to her family's farm on June 21, 2020. She was reported missing a day later.

Since then, Justo Smoker has been charged with one count of criminal homicide in connection to the death of Stoltzfoos.

The remains were on railroad property in a grave and wrapped in a tarp.

One day after law enforcement say they found the remains, police vehicles sat near the railroad tracks.

"The area is not easily accessible," Adams told FOX43. "They had to use tools to get to the area."

According to Adams, law enforcement have reason to believe that Stoltzfoos was killed within hours of her kidnapping on June 21, 2020, and buried behind a business on Harvest Drive in Ronks where stockings and a bra had previously been recovered.

Authorities say data from Smoker's cellphone and video surveillance captured in the area placed him at the location.

Investigators believe Smoker moved the body to the rear of his previous place of employment on Route 41 several days after the homicide.

Smoker was determined to be a suspect when a homeowner's surveillance video camera showed what they believe to be Smoker's car near where a woman believed to be Stoltzfoos is seen walking alone along Beechdale Road, less than a half-mile from her family's farm, on the day she disappeared.

Smoker is charged with one count of criminal homicide in connection to the death of Stoltzfoos.

He is currently incarcerated at Lancaster County Prison while awaiting trial.

Dutchland, Inc. released a statement on the recovery of the body, saying, "We are all shocked and saddened by this news. Our sympathies go out to the victim’s family, and we are continuing to cooperate with law enforcement as they investigate this tragic case. As a longtime member of this community, we hope and pray for healing and closure."

“There is simply no room for criticism of law enforcements efforts in this case,” she said.

Adams says that law enforcement searched the property surrounding Smoker’s employment. She said she cannot ethically comment as to what brought investigators back to the site. She said the burial site itself is not on the business property and not easily accessible.

"I am unable to comment at this time on the specific details that led investigators to search this area," she said. “Since charging this case we have maintained two goals: bringing Linda home to her family and securing a murder conviction against Smoker. While we charged the crime of homicide in December, I have no doubt that for Linda’s family, her death only became a reality upon the news of her body being recovered."

"We ask that the family be given privacy during this difficult time.  Our hearts go out to the family as they process this news, their grief, and the many emotions that it will bring. This case has had great impact on the Amish Community, the community as a whole in Lancaster County and beyond.  Our office is aware that there is significant public interest in this case and in the coming weeks, we will be able to share more information regarding how Linda’s remains were discovered."

Adams notes prosecutors' goal is to secure a murder conviction against Justo Smoker in an effort "to assure he is never out to do this again."