EMS agencies left out of $50 million in hazard pay grants

Pennsylvania EMS agencies are raising an outcry after learning they received none of the $50 million in hazard pay grants distributed by the state. 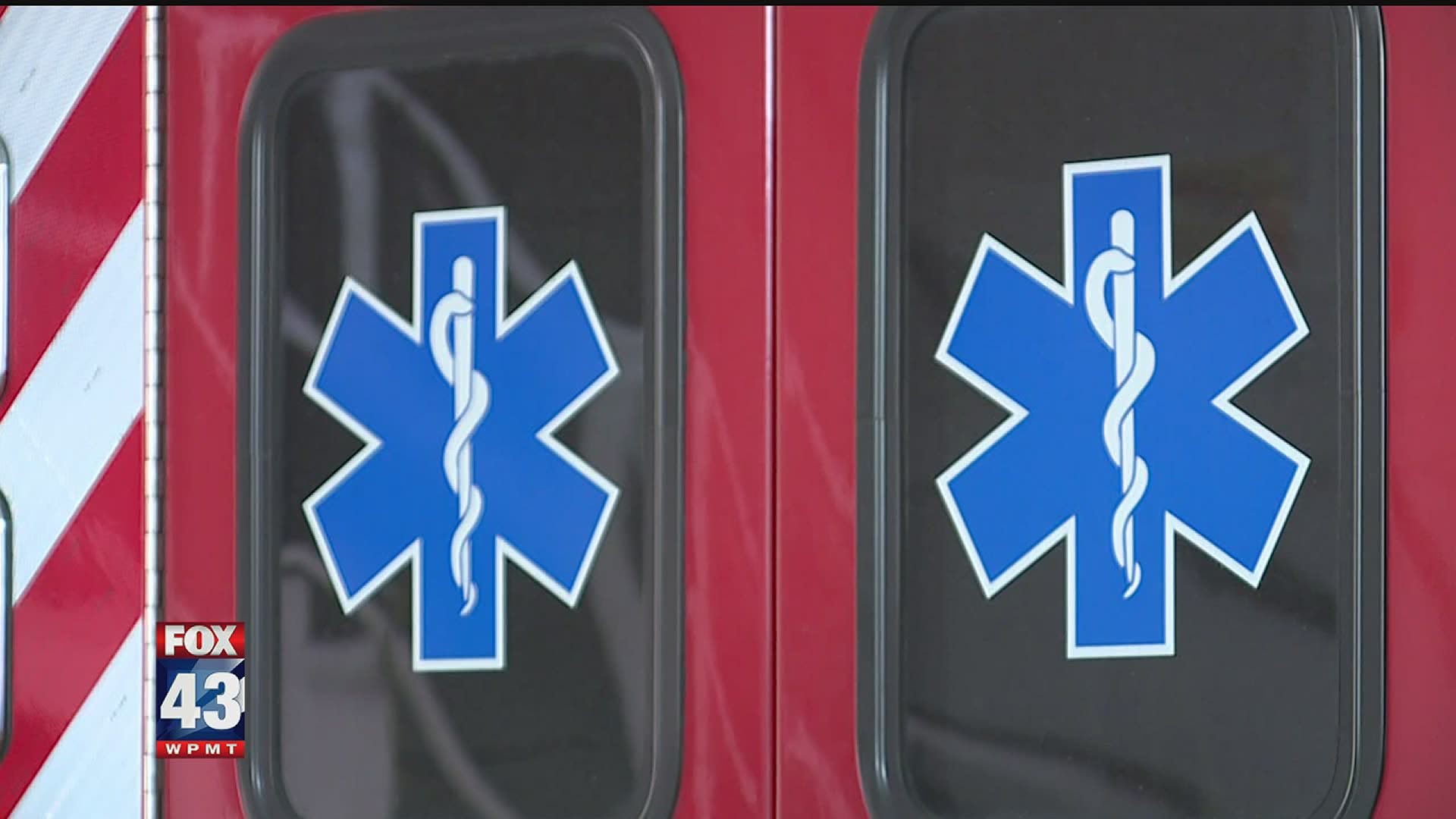 Pennsylvania EMS agencies are raising an outcry after learning they received none of the $50 million in hazard pay grants distributed by the state.

The Wolf Administration on Monday released a list of 639 employees that received funding to pay 41,587 workers an additional $3 per hour in hazard pay.

The $50 million was divided among seven industries:

Several EMS agencies, including Cumberland Goodwill EMS in Carlisle, were surprised to see none had not been approved for hazard pay.

Nathan Haris, assistant chief at Cumberland Goodwill EMS, said he had called the Pennsylvania Department of Community and Economic Development (DCED) before applying for the funds to make sure his agency was eligible.

Like many other EMS agencies, Cumberland Goodwill has been hit financially by the pandemic. Fewer people are calling ambulances to go to the hospital because they're afraid of contracting COVID-19, Haris said, but the ones who do have been more dangerously ill. Rising costs of care, plus the added cost of COVID-19 mitigation measures such as sanitizing and PPE, have led to Cumberland Goodwill EMS losing $400,000 since March, Haris said.

"We have a documented crisis. We have a need to help people out during a pandemic, and we just kind of get ignored in the midst of it," Haris said. "It’s very frustrating for providers to see that list released."

The $50 million hazard pay program received in just two weeks more than 10,000 applications totaling nearly $900 million, according to the DCED, which wrote in a statement,

However EMS agencies pointed out they have extremely high risk jobs; several emergency workers in Pennsylvania have already died from COVID-19.

"I mean if EMS workers don’t fall in line to be one of the highest priorities of the grant program, I can’t imagine what would be," said Dean Bollendorf, president of the Ambulance Association of Pennsylvania.

Most emergency workers in Pennsylvania earn less than the $20 per hour cap on hazard pay assistance.

"The average paramedic and EMT doesn’t make anywhere near that here in Southcentral PA," Haris said.

In fact, the average paramedic or EMT makes $16.34 per hour in Pennsylvania, according to the Bureau of Labor Statistics.

The Ambulance Association of Pennsylvania sent out a call to action on Tuesday for the state to better support EMS workers.

"We’re certainly hurting over the fact that had occurred this way," Bollendorf said. "No EMS organization was notified that they didn’t qualify."

"The Governor supports the Heroes Fund, in the bi-partisan Federal HEROES Act, which would provide $200 billion in hazard pay to life-sustaining workers. The Administration is open to working with the state legislature to allocate additional federal dollars toward hazard pay for additional workers and industries."

The HEROES Act was passed by the Democratic-controlled U.S. House of Representatives in May, but the Republican-controlled U.S. Senate introduced the HEALS Act as a counter-bill in July. Congress remains at odds over the final version of the next relief package.