Armed counter-protesters in Gettysburg, but no Antifa protest 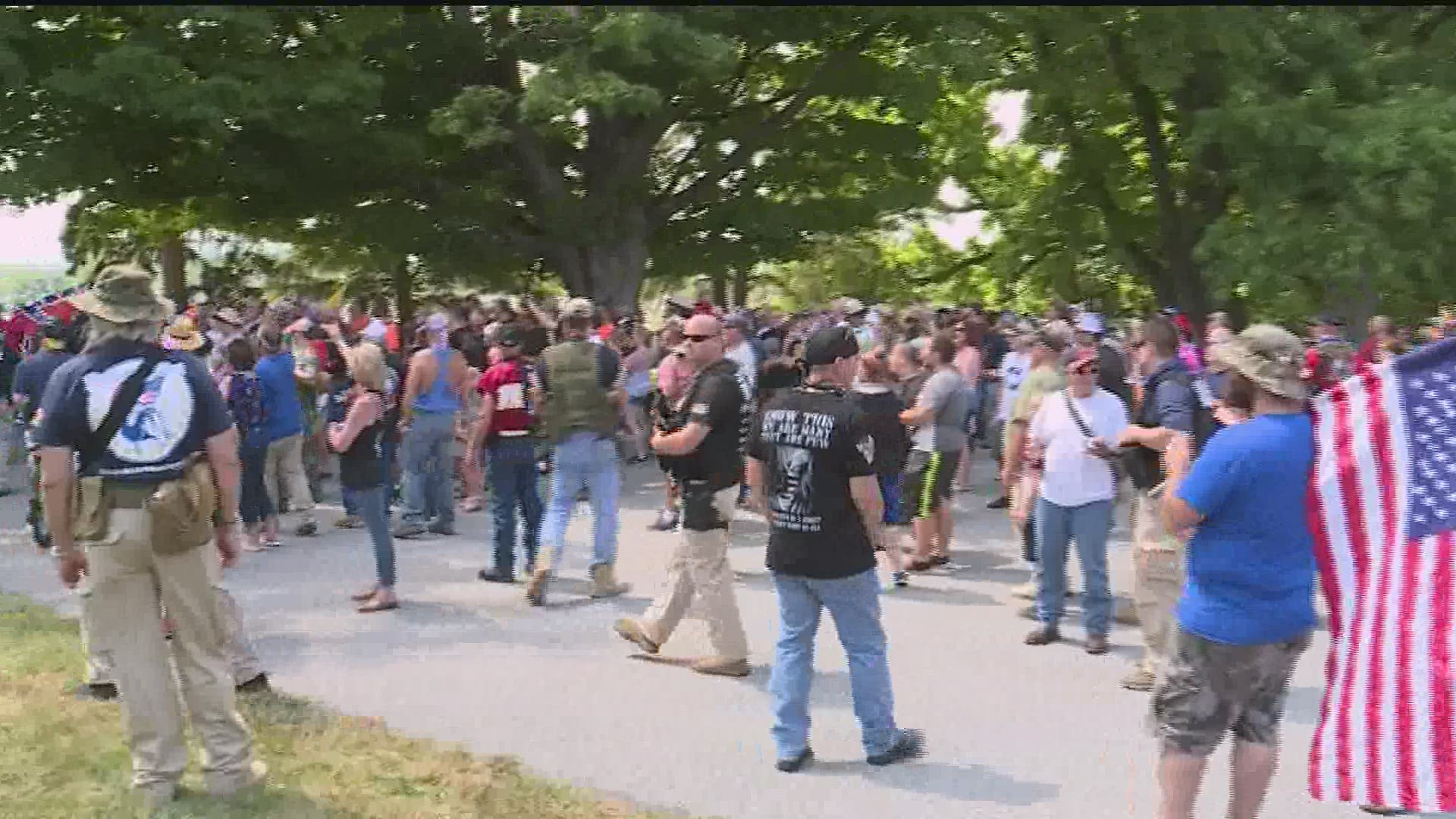 The counter-protesters descended on the national park Saturday, concentrating in an area near Gettysburg National Cemetery. Many came armed in anticipation of a possible flag-burning event.

“And people think, `Why are you carrying a gun?`” said Robert Wall, who identified himself as a concerned citizen and a  member of the Pennsylvania Militia. “I'm here to defend myself. I don't know what they're going to bring.”

Counter-protesters said they had prepared to guard monuments and other structures at the national park from desecration or damage by protesters.

A lengthy Facebook post said Antifa members who had been trained by radical Muslims were planning to kill as many Trump supporters as possible, and claimed the information had been confirmed by Gettysburg Police. The Gettysburg Police Department released a statement June 30 that there was “no truth” to the statement that they were aware of any Antifa plan.

The source of the rumors was a Facebook event posted by a group called Left Behind USA. The group’s accounts have since been removed or suspended on multiple platforms, including Facebook and Twitter.

RELATED: Fact vs Fiction: Police weigh in on online firestorm over 4th of July in Gettysburg

Central PA Antifa denied any involvement with Left Behind USA or the Facebook event. They wrote FOX43,

“No, we did not create the event page. We have no interest in demonstrating at Gettysburg, we are all home with our families. Just like in 2017, this is a right-wing hoax. The right wing loves to stir up their base with these ridiculous rumors and conspiracy theories. Hopefully no one accidentally shoots themselves again like they did last time.”

Officials said they were aware of the posts.

“Whether it’s a hoax or not, we had to take it very seriously,” said Jason Martz, public affairs officer for Gettysburg National Military Park. “So we had to prepare as if something like this was going to happen.”

The group of counter-protesters said they also wanted to be prepared. Nearly 3,500 people responded “interested” to a Facebook event called Protect our flag and battlefield from being destroyed.

“There`s been plenty of fact checkers out there that have downplayed it and said it was fake or whatever. You see what I'm saying? We, you see...just in case,” said Christopher John Rozell, a resident of Corning, New York who drove down for the event.

FOX43 reporter Harri Leigh witnessed a minor confrontation between a man wearing a Black Lives Matter shirt and a group of counter-protesters. Several attendees mentioned an unconfirmed sighting of several Antifa members early in the day.

However officials were also concerned with the number of armed counter-protesters and the possibility of violence. More than 100 law enforcement agencies were in the park on July 4, from mounted police to Homeland Security police.

“Anytime we have this many weapons in a very consolidated area, our law enforcement staff have been working in constant contact with federal, state and local law enforcement agencies,” Martz said.

This wasn’t the first time rumors surfaced that Antifa was planning violence in Gettysburg. In July 2017 several hundred armed counter-protesters came to guard the national park from alleged Antifa members destroying Confederate gravestones. One person accidentally shot himself in the leg.

This Fourth of July ended without any violent confrontations, according to Gettysburg National Military Park officials.