What four Black, female business owners have to say about representation in the beauty industry

Representation in the beauty industry has certainly improved in recent years, but there is still much work to be done, according to the these local experts. 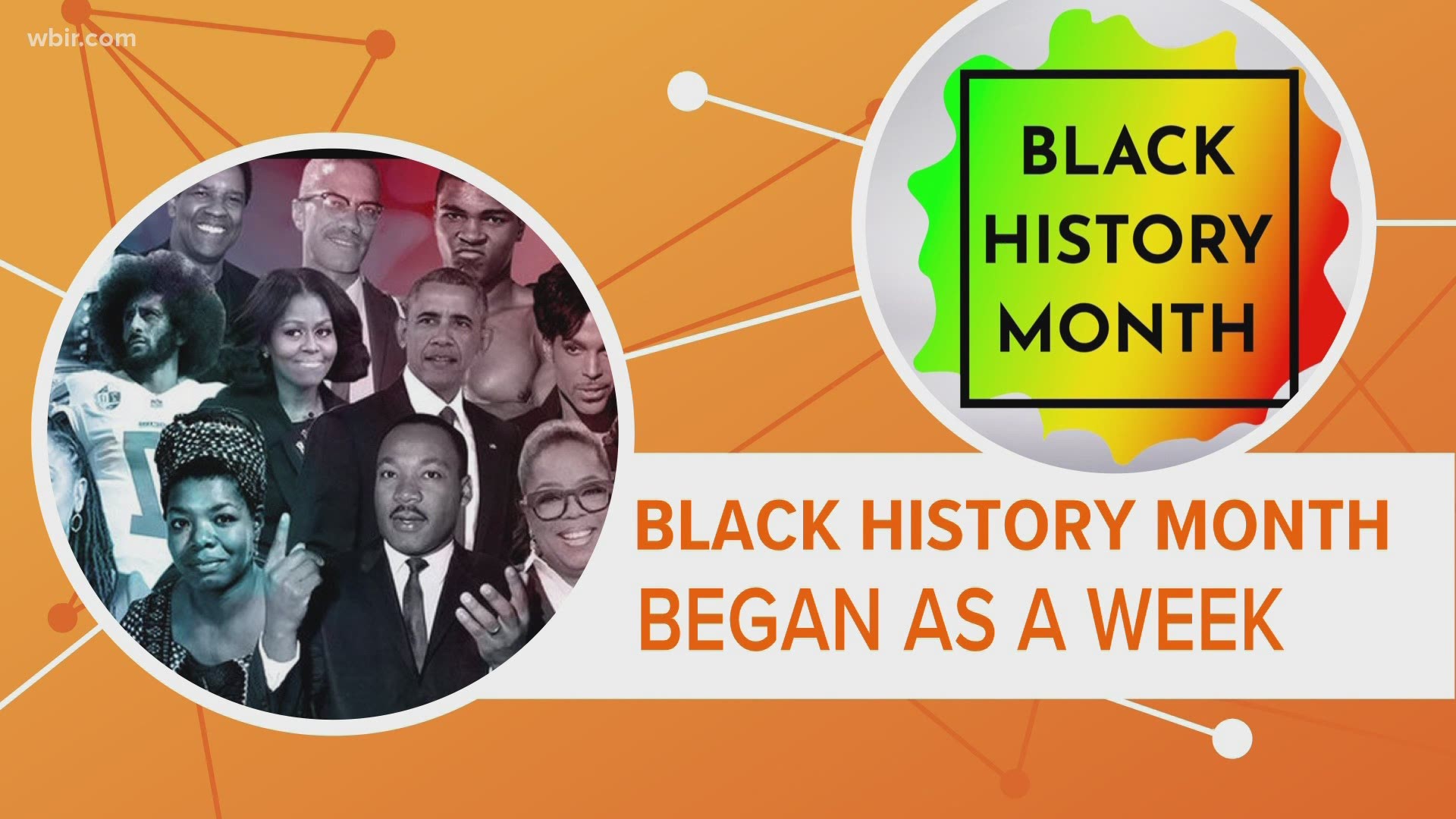 PENNSYLVANIA, USA — The representation of Black bodies in the beauty industry is a conversation that really has only just started.

According to "Beauty and Body Image Concerns Among African-American Women," a paper published in the Journal of Black Psychology, "Black women’s bodies and beauty have largely been devalued and rejected by mainstream culture, which overvalues the European aesthetic."

This paper is based on the research done by professors and researchers from universities across the United States. The researchers also found that the U.S., as a whole, puts an emphasis on white skin, blue eyes, blonde hair and "considers these features the epitome of beauty."

Seeing only white skin and white features pushed as beauty ideals can have negative effects.

According to "Minority Women, Media, and Body Image," a paper based on research done at the University of Florida, consuming all this media affects everyone's perceptions of themselves, but specifically for Black women, because they don't fall in line with what society deems as "beautiful." As a result, Black women often get trapped in a cycle of trying to attain "acceptable" beauty. The researchers found that "African-American women, in an attempt to alter their appearance to reach a goal they cannot attain, become dissatisfied with their physical appearance."

In an attempt to gain a better understanding of the relationship between Black women, the media, and representation, FOX43 spoke with four Black women who own businesses in Central Pennsylvania about what can be done to improve representation in the beauty industry, specifically.

Victoria Kageni-Woodard, is the owner of Gusa by Victoria, a fashion boutique in York. She started her business about three and a half years ago in West Philadelphia. She's from Kenya, which is where her business gets its name. "Gusa" means "touch" in Swahili, which Kageni-Woodard says is the goal of her business - to touch people through fashion.

She makes clothes with the goals of "lifting people's spirits" and helping them "understand we really are all one." We all wear clothing, she pointed out.

She's found that when people come into her shop, they start asking her questions that go beyond fashion - they ask her about her culture and the food she ate and music she listened to back at home in Kenya. These conversations, she says, are how we get to the heart of racial issues.

Kageni-Woodard says that beyond just having conversations about how we are all more similar than we are different, big companies need to start trying to be more inclusive.

"Now that we're going through this racial reckoning globally, there is really a need from big fashion houses to feature more people that look like me," she said.

She thinks things have improved representation-wise in the beauty industry since she first started in the fashion world, but there is still much work to be done. She says that small businesses have an important role in advocating for this inclusion. Just seeing more Black people featured on social media and succeeding in the fashion world is vital. She says that it is important to show Black women succeeding and that it is possible.

Michelle Wright is the owner of Luxe and Mane Salon in York. She started her business in 2015, after she spent her whole life watching her family members work in the beauty industry - her uncle owns a barbershop and her aunt owns a salon in Atlanta.

"When I was younger, I would see women's self esteem lift as soon as they got their hair done," she said. "I realized that I wanted to make people feel that way too."

Wright says that she wants her salon to be a place where women can unwind and "just be themselves." She says that at times she feels like a therapist, because when she's doing people's hair, they tend to open up.

Wright says that she and her employees are "pillars of the community," meaning that her salon is representing something bigger than just a place people go to get their hair done.

Like Kageni-Woodard, Wright finds that speaking to people is the first step in improving the beauty industry. She says that just having these people in her salon chair, speaking to them, shows the community that Black women can be successful, well-rounded business owners.

Showing people the beauty of Black hair, also plays a big role, according to Wright.

"Our hair is a form of art," she said. Wright says it's a visual representation of Black people's heritage.

Additionally, Wright believes that representation in smaller communities helps improve representation everywhere, so her salon just existing, being run by a Black woman, shows citizens of York and Central Pennsylvania that Black people are succeeding every day.

Regilynn Haywood thinks that representation on the local level is vital as well. She's the owner and CEO of There She Glows, a spa in Harrisburg that specializes in facials, skincare, and waxing.

Haywood considers herself a "metaphysical skin healer" and is a licensed esthetician. She believes that "you can't do skin, without doing self and soul." Beauty starts from working on oneself from within, in other words, embracing one's inner beauty before even beginning to work on the outside.

She says that the concept for her business was always in her. Her parents both work in the beauty industry as well. Before owning her own shop, she sold her products and ran her business out of her parent's business.

Like both of the business women above, Haywood believes that representation in the beauty industry still has a long way to go. She believes that real, concrete action even just on the local level is what really takes strides forward.

She notes that all the products she sells at her spa are made by her, a Black woman, or by local vendors. She also says that the world needs more Black estheticians; if people see that Black people can succeed in skincare, then they'll be more driven to make their way into the business as well. Haywood thinks that just being a Black woman, living in Central Pennsylvania specifically, makes a huge difference in changing the conversation around representation.

One thing people can do on a more national level, she says, is start to call out larger brands when they don't use Black people in their marketing. She says that the "beauty industry takes advantage of people's biases" and shows lighter-skinned Black people more often than those of a darker complexion. Haywood says that it's time to start calling these brands out, point out to the company if its Instagram hasn't featured a Black person in weeks, and start holding them accountable. This way, more diversity and representation will become the norm.

"When you see things more, it becomes normal," she said.

Dr. Gina Charles is a family physician and beauty expert, as well as the "G" of Dr. G Makeup Artist, a subsidiary of Ade & Gina Studios.

Ade & Gina Studios is a business that Dr. Charles started with her husband, Ade Oshodi. They provide photography and makeup services for weddings and are based out of Central Pennsylvania.

When Charles was in medical school, she did makeup on cancer patients as a pick-me-up, and she became interested in the practice. She started doing makeup for proms and other big events, and one day, her husband asked her to do the makeup of the bride for a wedding he was photographing. That's how the couple's business was born.

"When people get their makeup done by me, I'm hoping to enhance their natural beauty and they feel as good as they look," she said.

Dr. Charles believes that representation is a major issue in the beauty industry. She says that historically, Black women have been ignored by beauty brands, and you can see that in the limited choices of makeup products made for people of color.

She says that the way to make the industry more inclusive, is to include Black women in decision making processes.

"Larger companies should have more Black women at the table during the decision-making process of what to put on the market, they would bring perspective that these companies are lacking," she said.

Dr. Charles noted that Black women are the fastest growing group of entrepreneurs in the United States, and she's right, according to The Riveter and Forbes. COVID-19 has changed the circumstances for many Black female entrepreneurs, but the fact remains that the group's business prowess has been blossoming for years.

Despite this fact, Black entrepreneurs and their businesses are extremely underfunded and lack venture capital, according to Dr. Charles. And she's right again. According to The Riveter, a company based in Seattle which aims to support women in the workplace, only 56% of Black female entrepreneurs were able to raise capital "which only averaged at a total of $36,000."

Dr. Charles says that more opportunities need to be created for Black entrepreneurial endeavors to be funded.

Money not being put into Black businesses is an issue that goes far beyond just the beauty industry, however.

Because of this discrepancy, "minority business owners more likely to not apply for small business loans, usually out of fear of rejection," according to the U.S. Department of Commerce Minority Business Development Agency.

All four of the women interviewed said that they had experienced, directly or indirectly, issues with banks loaning to Black people.

Kageni-Woodard, Wright, and Charles all saved for a long time in order to build their businesses on their own. This is because of the "horror stories" they had heard involving business relationships between Black, female entrepreneurs and banks.

Haywood is the only woman of the four who did apply for a bank loan in order to start her business. She said that despite the fact that she came from a middle-class family, had good credit and was educated, the bank she received her loan from "put her through the wringer."

She said that she was also surprised by the way she was treated because both of her parents are business owners. Haywood watched them her whole life and spent time in their shop, so she felt she had a greater grasp of business ownership that many young entrepreneurs.

"People look at my skin and think 'she cannot be financially stable,'" she said.

While the success of the four women profiled in this piece is indicative of change in the beauty industry, and in business ownership generally, the experiences of these women were an uphill battle and they all continue to fight every day to ensure that Black, female entrepreneurs are positively depicted.

They all urge everyone to support local businesses, hold larger corporations accountable, and help to get Black women a seat at the table.

Support these four women and their businesses by clicking the links above and following them on social media.