Every Friday of the month and on, you can watch passionate unsigned artists from Lancaster, York County, Harrisburg, Reading and New York perform. 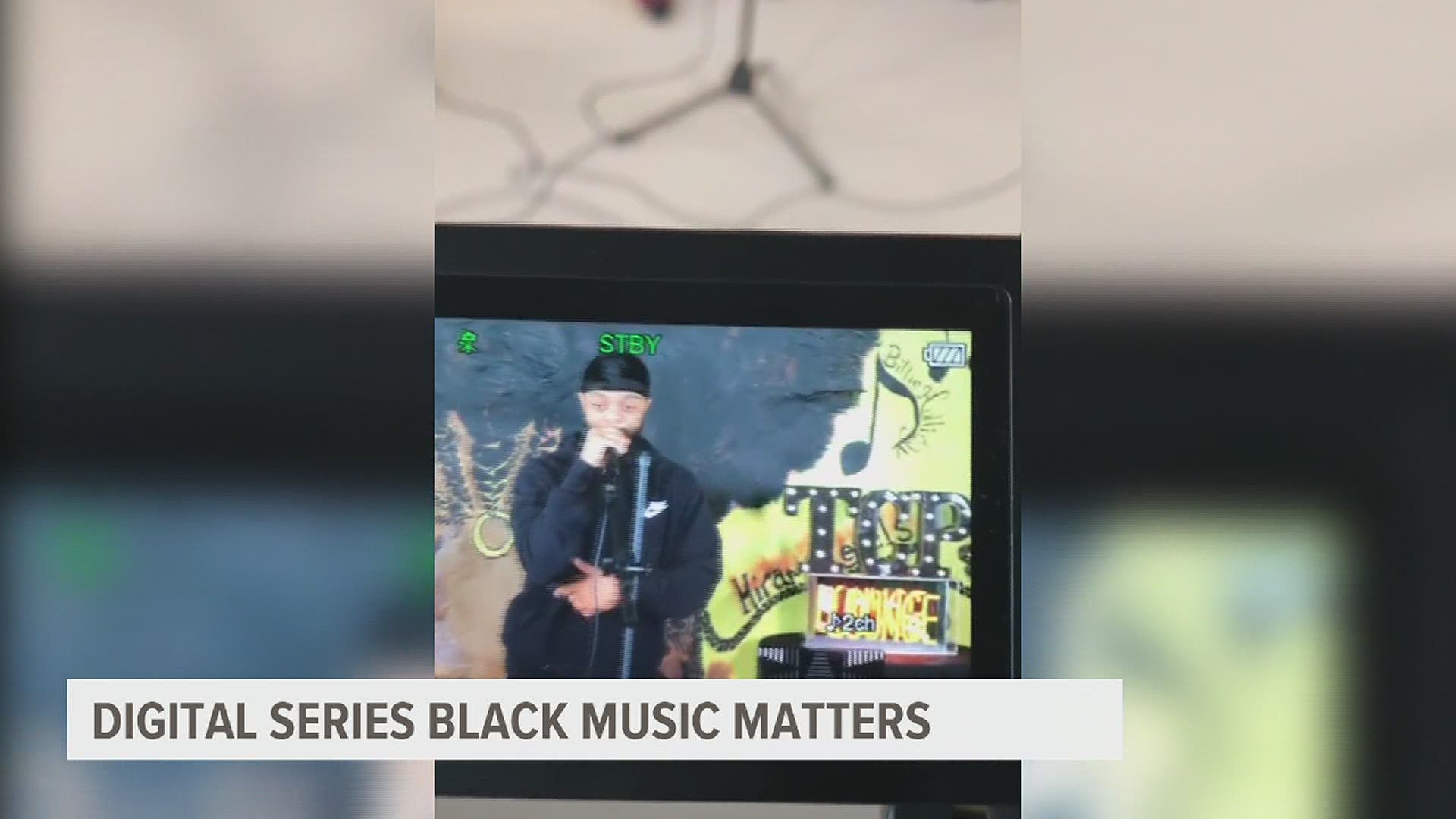 LANCASTER COUNTY, Pa. — Marquis Lupton, founder and CEO of The Cultured Professional, says there is a void in the music scene of central Pennsylvania.

Lupton says nobody rarely talks about artists in the state who have the cadence and flow of the greats such as Jay- Z, Busta Rhymes and J. Cole.

He aims to fill this void with the company's digital series 'Black Music Matters.'

Every Friday of the month and on through Ruku TV, you can watch passionate unsigned artists from Lancaster, York County, Harrisburg, Reading and New York perform.

Lupton says while many people are focusing on the more traditional social justice and education aspects of Black History Month, he wants to center on the musical creativity that's happening right in his own community.

“We wanted to concentrate on the local, regional aspect of that appreciation of our local music and musicians," said Lupton.

Lupton says the series began with three artists. This then grew into excitement from other musicians.

He says this enthusiasm continues when posting photos and teasers for what's coming next on the series.

"Now there is a apparatus, there's a platform for these artists to express themselves," said Lupton.

The Cultured Professional is a multi-media digital platform for people of color and marginalized groups in Central Pennsylvania. The organization started in 2017 as a podcast for people to engage in conversations about what's going on in their communities. The organization has now expanded into having over 10 shows that air on Facebook Watch and now Ruku.

"It's been received really well and we're just looking forward to create more original content and expanding the voice of the diaspora," said Whitney Lupton, chief marketing officer of the Cultured Professional.