When to see the Strawberry Moon

June's full moon has taken on a variety of names over the years from different cultures around the globe. 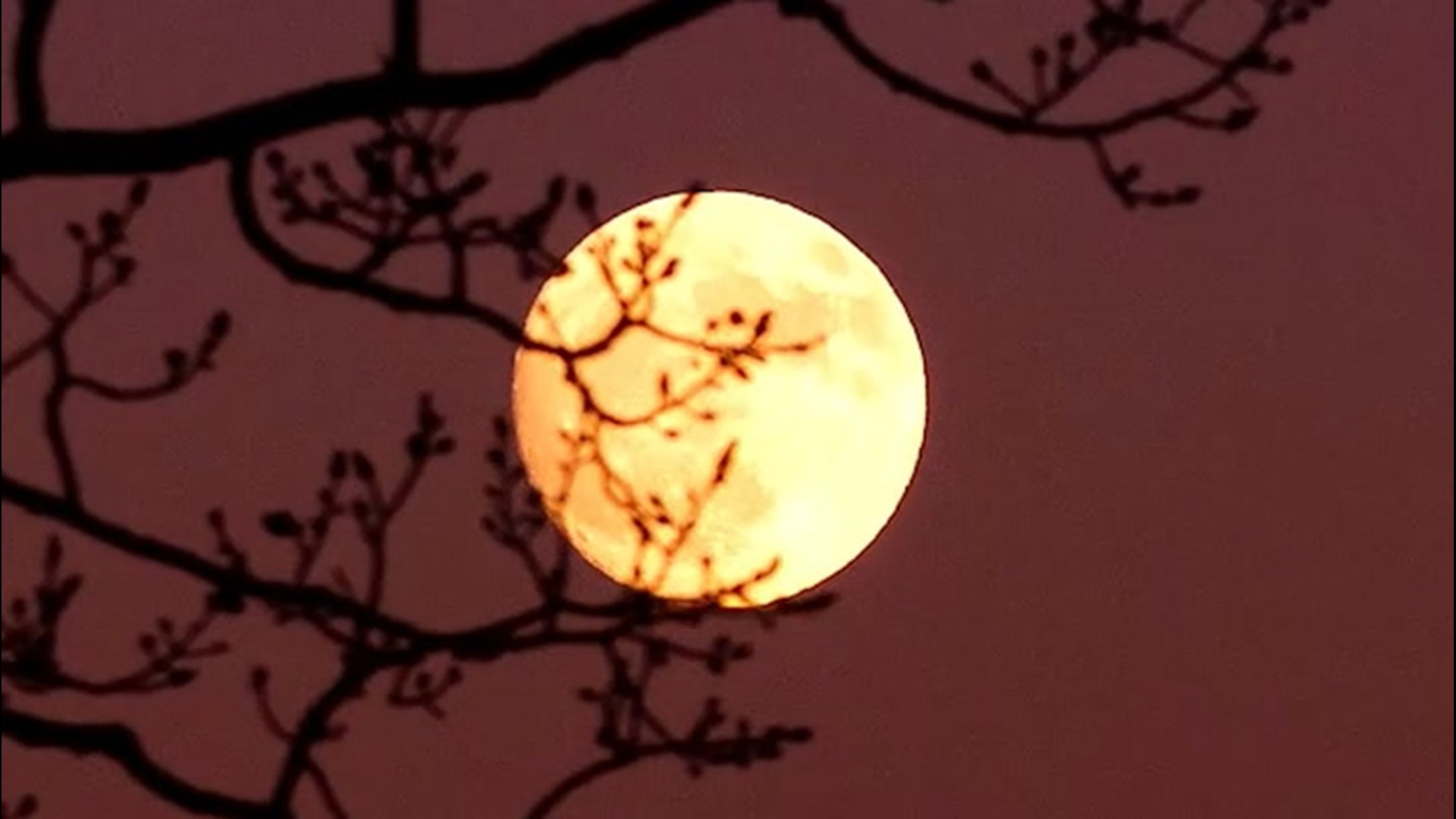 June's mild weather may draw more people outside to spend some time under the stars, and stargazers that do look to the heavens this weekend will be greeted by the full Strawberry Moon.

The moon will officially be 100% full at 3:12 p.m. EDT on Friday, June 5, but it will appear full as it rises on Friday evening until it sets early Saturday.

June's full moon has taken on a variety of names over the years from different cultures around the globe that are rich in meaning.

In North America, it is commonly referred to as the Strawberry Moon.

"This name originated with Algonquin tribes in eastern North America who knew it as a signal to gather the ripening fruit of wild strawberries," the Old Farmer's Almanac said.

In Europe, June's full moon is called the Mead Moon, the Rose Moon and the Honey Moon.

"June was traditionally the month of marriages, and is even named after the Roman goddess of marriage, Juno. Following marriage comes the "honeymoon," which may be tied to this full Moon's name!," the Old Farmer's Almanac explained.

For part of the world, Friday night will come with an added bonus: the chance to witness a penumbral lunar eclipse.

Several times a year, the moon passes through the Earth's shadow to create an event known as a lunar eclipse. However, not every eclipse is the same.

This type of eclipse is subtle and can be easily missed by people that take only a quick glance up at the moon during the event.

Only people in Australia, Asia, Europe and Africa will be able to see the celestial phenomenon as the eclipse will end before the moon rises over the Americas.

The best time to see the penumbral lunar eclipse will be on Friday at 19:25 UT (Universal Time), according to NASA.

North America and South America will miss out on this eclipse, but stargazers in those two continents will get the opportunity to see a similar phenomenon in the near future.

On the night of July 4-5, the moon will once again pass through Earth's outer shadow, creating yet another penumbral lunar eclipse that will be visible in areas that miss out on June's lunar eclipse.

In the United States, this will be a great event for stargazers of all ages that are staying up late following Independence Day firework shows. The eclipse is set to occur between 11:07 p.m. EDT July 4 and 1:52 a.m. EDT July 5.