The diamonds were busy all day long. 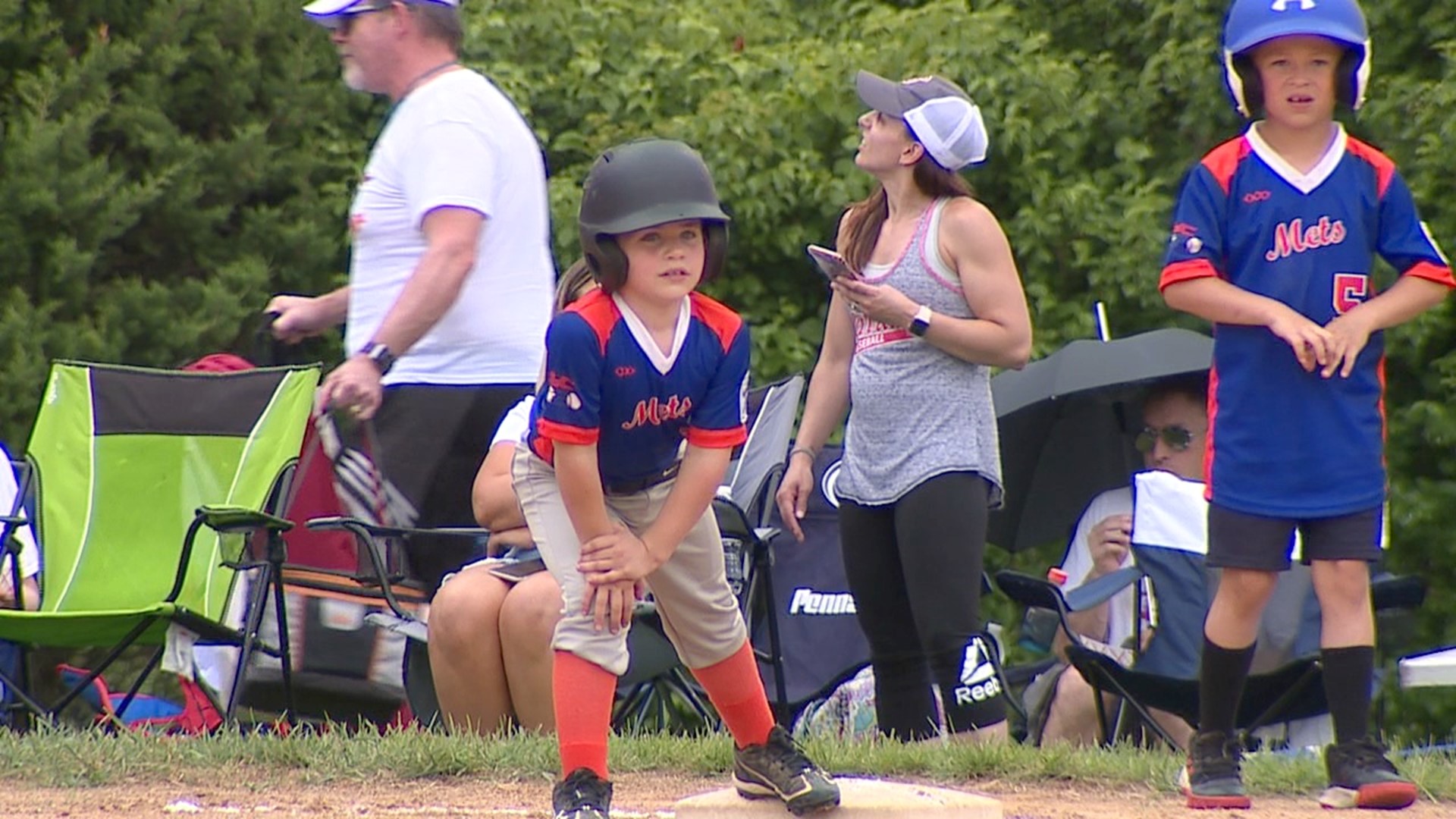 SHREWSBURY, Pa. — There were cap taps after the games, instead of the usual high fives and handshakes.  The dugouts were extended to give players some additional room when they were not on the diamond.  Southern York County Little League had the COVID-19 precautions in place, but to the kids in the infield, it was just baseball.

District 14 gave the 'thumbs up' to summer little leagues, as long as they're in counties that have moved into the 'green phase.'

Saturday was opening day for the Southern York County teams and you can see some of the sights and sounds from an action packed day in the video above.