Some of the biggest names in the sports world are combining their relief efforts thanks to a Harrisburg-based tech company, Pledge It. 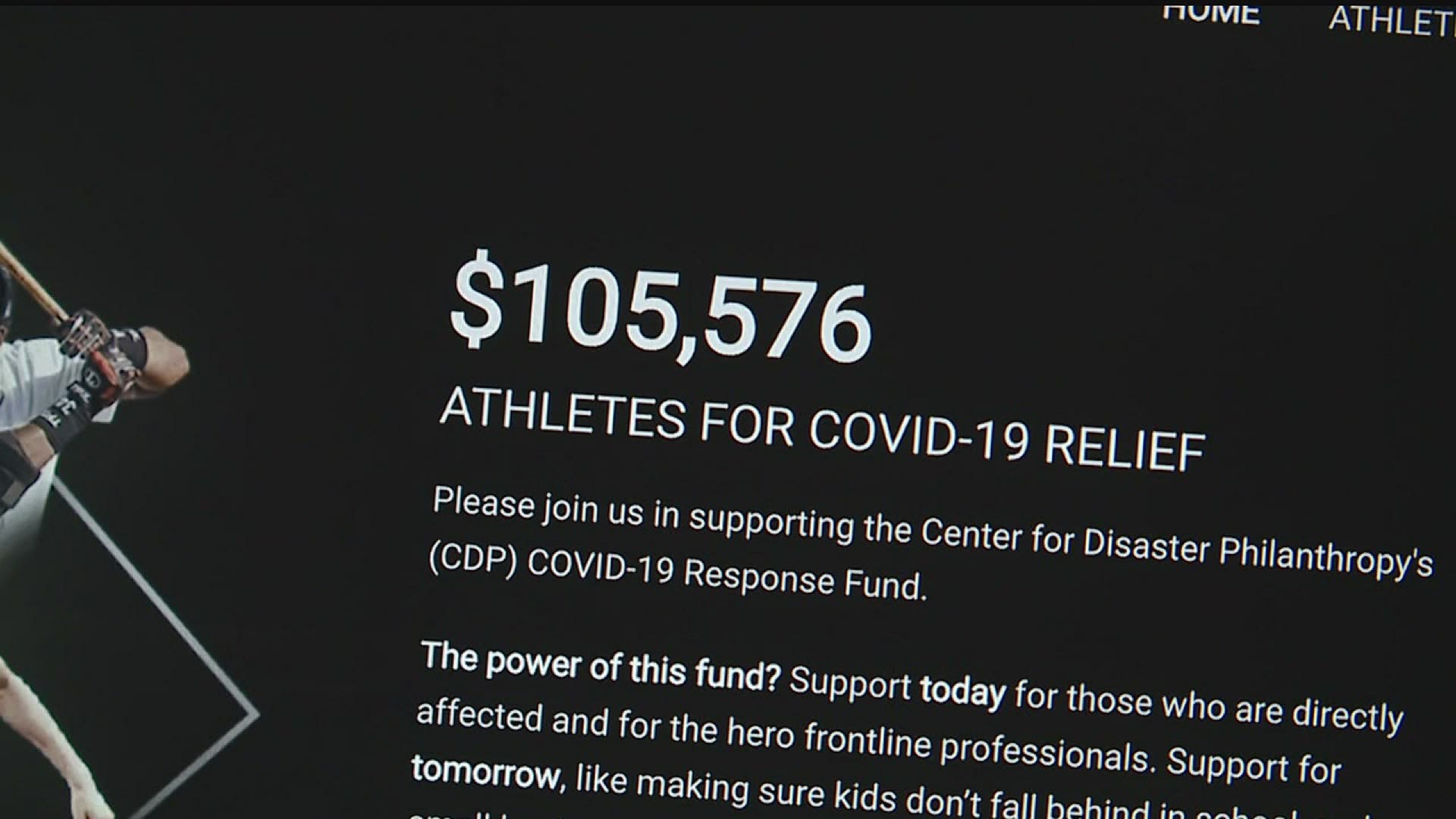 Star athletes across the globe are stepping up in the fight against the Coronavirus.

Some of the biggest names in the sports world are combining their relief efforts thanks to a Harrisburg-based tech company, Pledge It.

They’ve been working with high-profile athletes for six years now, raising tens of millions of dollars with their performance based fundraising platform.

Pledge It has built a website athletesrelief.org to help athletes battle a common opponent, Covid-19.

Founder & CEO Scott Shirley explained how the idea got off the ground.  “A friend, David Schwab, he’s an Executive Vice President at Octagon, a large talent agency.  He called and said ‘hey Scott, we got some guys, everybody’s doing their own things, Steph just donated a million meals in the Bay Area but their all doing their own thing, but they want to come together as an athlete community to help the cause and really connect with the fans.”

The concept is for athletes to donate an autographed item or unique experience to the cause.  Fans go can visit this link to donate.  They pick the athlete and item they are interested in and make a donation.  A minimum of 25 dollars is required to be eligible to win the donated item.  They have been lining up to be part of the effort.

RELATED: Wimbledon canceled for 1st time since WWII because of virus

RELATED: Cristiano Ronaldo and Juventus squad give up $100 million in wages amid coronavirus outbreak

We’ve had over 116 athletes that wanted to do something to give back as a community in addition to what they are doing personally to give back in their hometowns.  One of them is former Harrisburg Senators pitcher Sterling Sharp.  Now in the Marlins organization, Sterling was asked to participate and jumped at the chance to help.

“I got two signed balls and I’m actually doing two pairs of cleats also,” Sharp said. “It’s a minimum of 25 dollars and that gets you a bid to win one of those four things, it goes to a great cause.  It’s good company to be in.”

All the money raised goes to the Center for Disaster Philanthropy.  They distribute the funds to the agencies and areas that need it most.  The deadline to donate is May 1st.