The former Marauder will look to make is MLB debut in the playoffs. 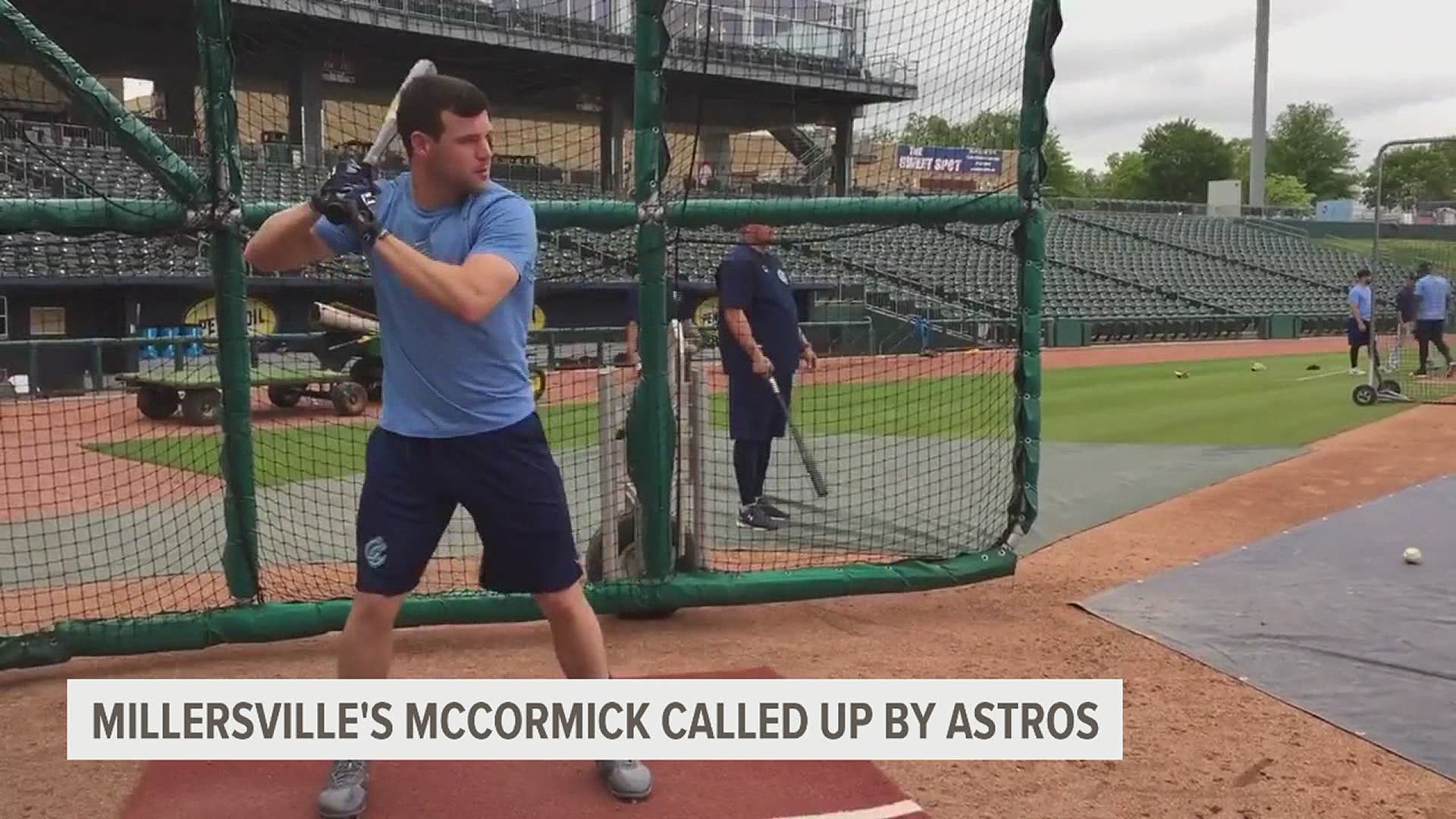 HOUSTON, Pa. — When Millersville University's Chas McCormick was taken in the 21st round of the 2017 MLB Draft, everyone in the PSAC knew what he was capable of, and so did the Houston Astros.

The four-time All-PSAC East selection has played his way through the minor leagues in Texas.  From 'AA' Corpus-Christi to 'AAA' Round Rock, the Marauder has showcased his talents at the plate and on defense.  It's paid off.  McCormick has been named to the active playoff roster of the Houston Astros.  He'll hope to make his MLB debut in the 2020 MLB playoffs.

"We had an extra spot for someone that could run, play some defense, maybe pinch hit," said Astros manager Dusty Baker.

"Chas is a plus defensive oufielder.  We think he gives us a quality at bat and it would be nice to see someone get their big league debut in the a series like this," added Houston's General Manager James Click.

Houston picked up the wild-card opening win against Minnesota on Tuesday, 4-1.  While McCormick's number wasn't called, Click gave the new guy some advice.

"I got to see Chas when he walked in the ballpark today and tell him a quick congratulations, but more than that, I told him to be ready because these guys are on the roster right now because we think they can help win this series."

.@astros selected OF Chas McCormick to be on their Wild Card series roster. GM James Click discussed what the rookie can bring to the team. #ForTheH pic.twitter.com/7YJ4xqHS3s