The Blue Streaks quarterback threw 18 touchdowns in 2020 and no interceptions. 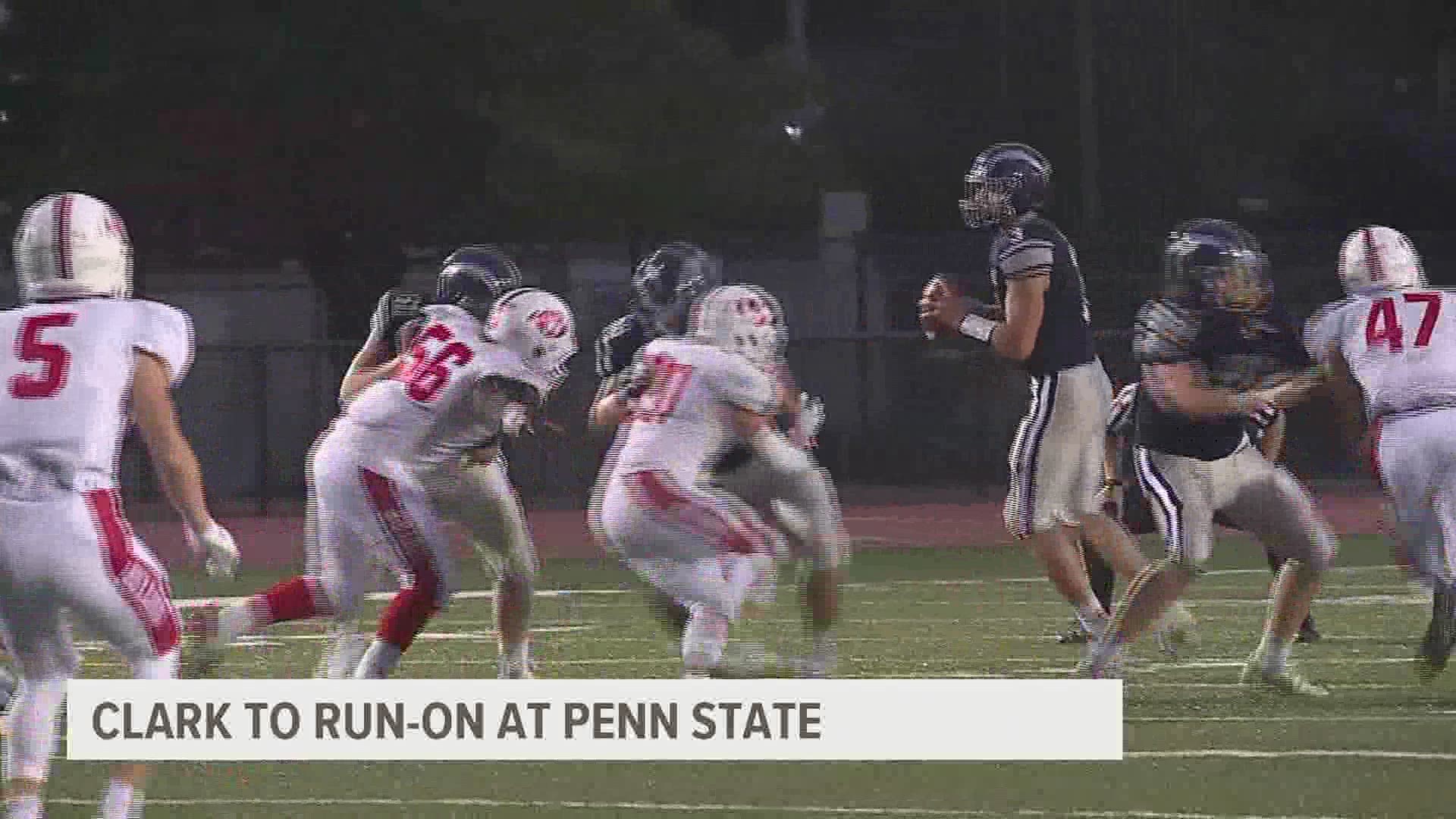 LANCASTER COUNTY, Pa. — Manheim Townships' Evan Clark had the type of season that college coaches take note of when recruiting.

The Blue Streaks senior quarterback knows that scholarships are at a premium right now, but he still drew interest from Virginia Tech, Robert Morris, and then a few weeks ago Penn State entered the picture with a preferred run-on offer.

"I wanted to make sure that I talked to all the schools that were interested in me, heard them all out, got to know all the coaches.  I think I wanted to make decision before signing day and that's coming up pretty soon," said Clark.

Obviously, the Nittany Lion coaches did the recruiting, but so did another Blue Streak teammate, Penn State verbal commit and one of Clark's favorite targets, Anthony Ivey.

"He's always texting me, 'Hey man, when are you going to decide?' but he's definitely a big reason why," said Clark.  "Just him going there and telling me a lot of good stuff about it, I thought it would be a good decision to make."

Then came a coaching change at Penn State when the Nittany Lions made the call to hire Mike Yercich as their new offensive coordinator.  One of his first calls at PSU was to Clark.

"He's coached in Pennsylvania before, he's coached at Shippensburg, he told me all about how he and Coach Evans are really good friend," recalled Clark.  "Coach Evans has been telling me a bunch of good stuff about him.  This should be a guy that I get along with pretty well."

After taking his time with his decision, Clark will go from a Blue Streak to the Blue and White.

After a long process I have decided to continue my athletic and academic careers at Penn State University. I want to thank my coaches, teammates, and everyone who has helped me get to where I am today. #WeAre @coachjfranklin @DannKabalaPSU @Coach_Yurcich @canes77 pic.twitter.com/WyMERlhKIR

"They've hired their new offensive coordinator.  I really like him and I think he really liked what he saw in me and we had a really good talk.  I think the coaches are a big reason why," added Clark.

There has been some talk with the Penn State coaches about which position Clark could see time at when he gets to Happy Valley.

"They definitely like me at quarterback the most, but if that doesn't work out or if they think they can use me somewhere else, I'll do anything I can to help the team or get on the field," said the Manheim Township senior.