The Warriors and every wrestling team in the state will be competing while wearing masks this season. 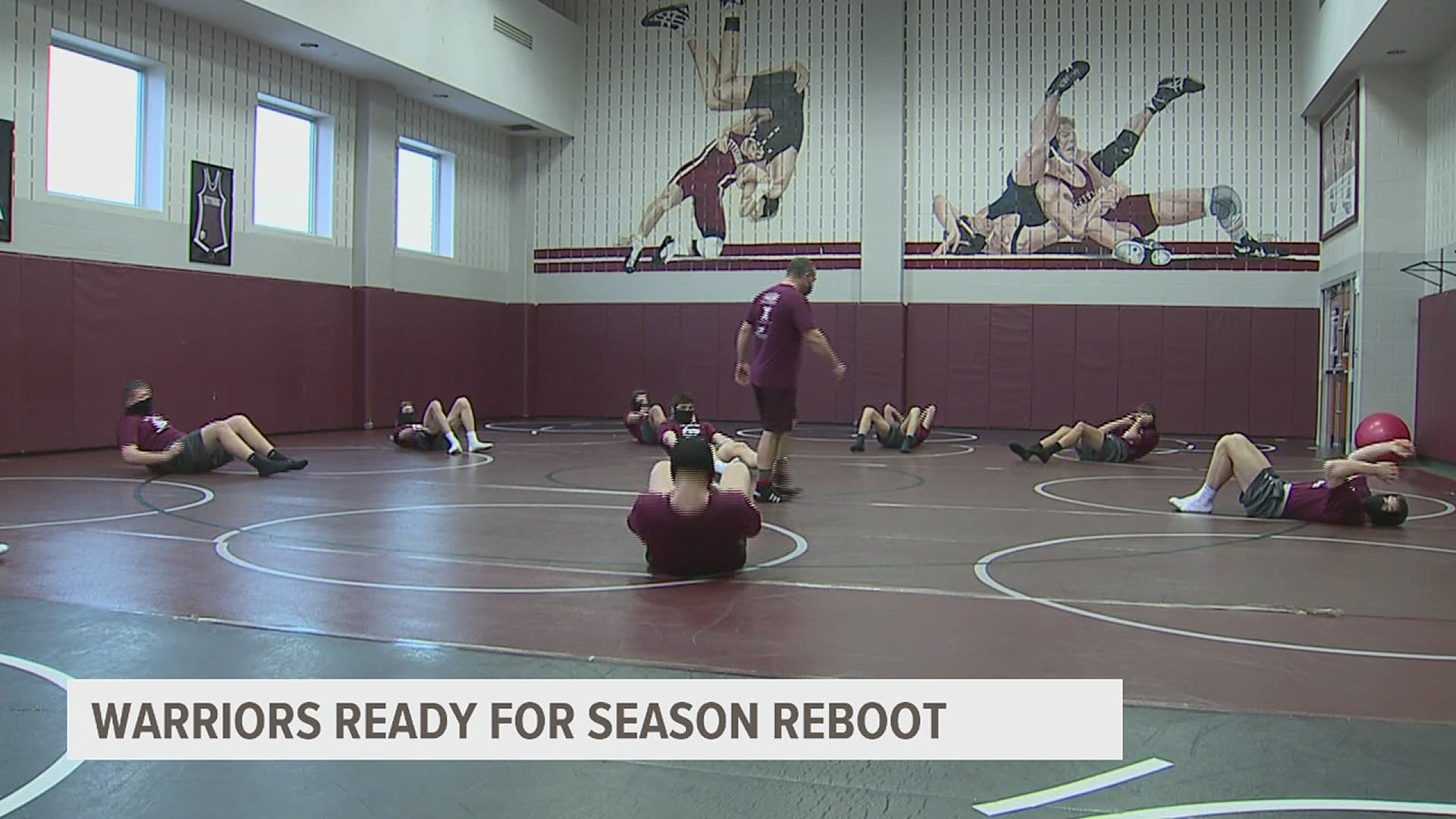 ADAMS COUNTY, Pa. — Imagine being a high school wrestler last month.  The season is so close you can taste it, but suddenly everything stops, just as they're about to step on the mat.

"You start to get into wrestling shape right away and then out of nowhere it pauses and you have to start all over again.  We were just so close to getting to our first matches," recalled Gettysburg wrestler Trevor Gallagher.

This week, teams like Gettysburg started to get back in that mat mindset.

"A lot of the seniors last year didn't get their season or had it cut short so I'm just excited where the season is at right now," said senior Max Gourley.

"It was definitely a great feeling just to be back on the mats, get a good workout in with everybody, and just feel like we're moving forward with the season at this point," added senior Ella Santoyo.

Wrestling was one of the few winter sports to complete their seasons at the start of 2020 and it was one to remember for the Warriors.

But like everything over the past ten months, wrestlers will have some changes if they want to compete, specifically competing with masks.

"It was difficult and a lot of guys didn't like it at first," recalled Gourley.  "But if we have the discipline to wear it during practice and during our lifts, I don't think it will be a problem come match day."

"We've been using (neck) gaiters, we cut the ear slots on it so it hangs on our ears, the head gear goes on and for the most part, it stays in place," said Gettysburg coach Chris Haines.  "Our kids are doing well with it.  No one complains, mostly because complaining is not permitted."

And this season, enforcing the masks during matches and duals will be complicated in more ways than one. 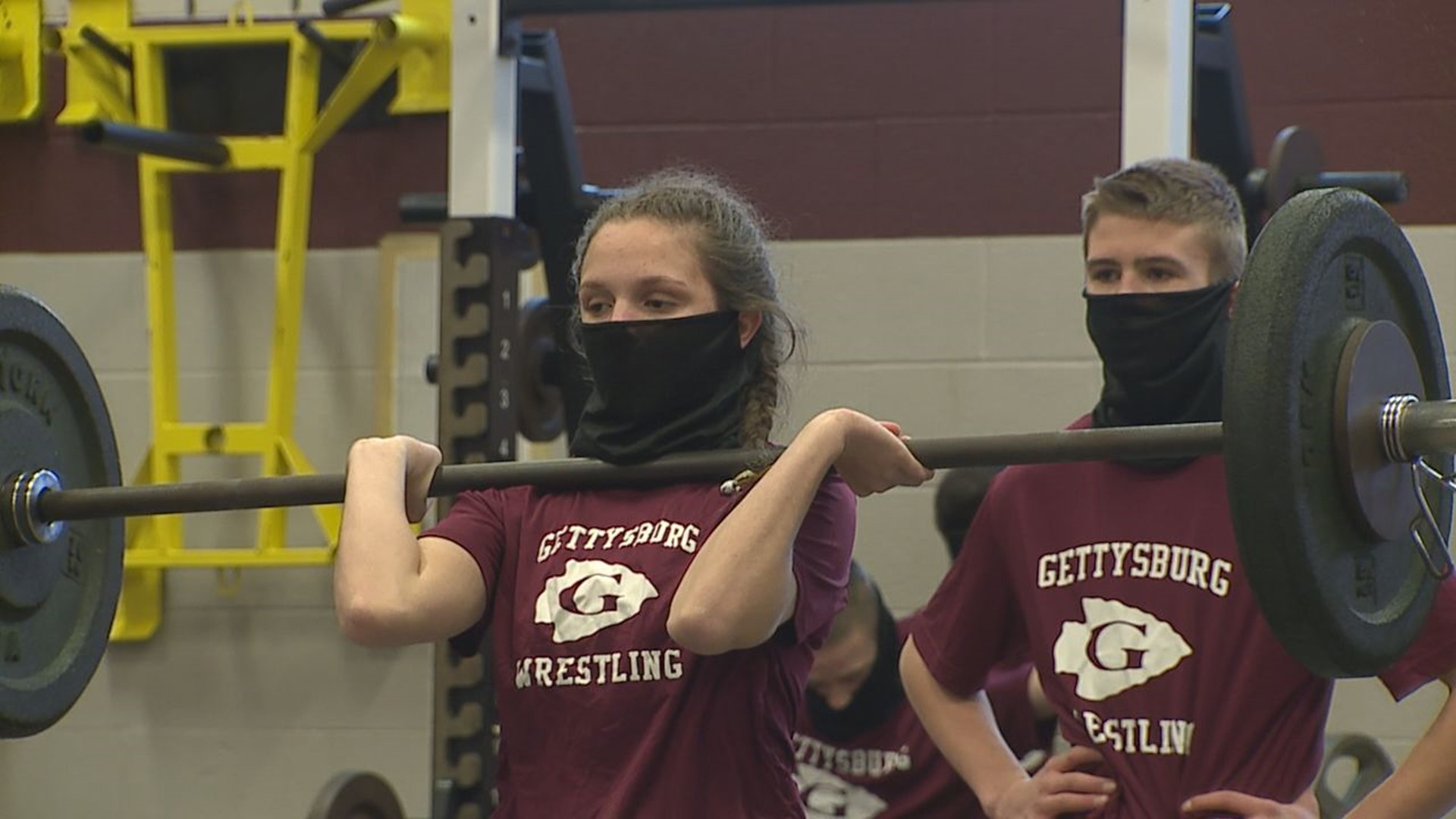 But the Warriors know, that if a mask is what it takes to do what they love, then masks it is for the 2021 winter sports season.

"We're hitting each other in the heads and the face, we're moving around and we just didn't understand how a mask was going to work. But at this point, I think we've adapted to it and it's just something that you have to overcome," said Santoyo.

Gettysburg will open up their season against Spring Grove next week.