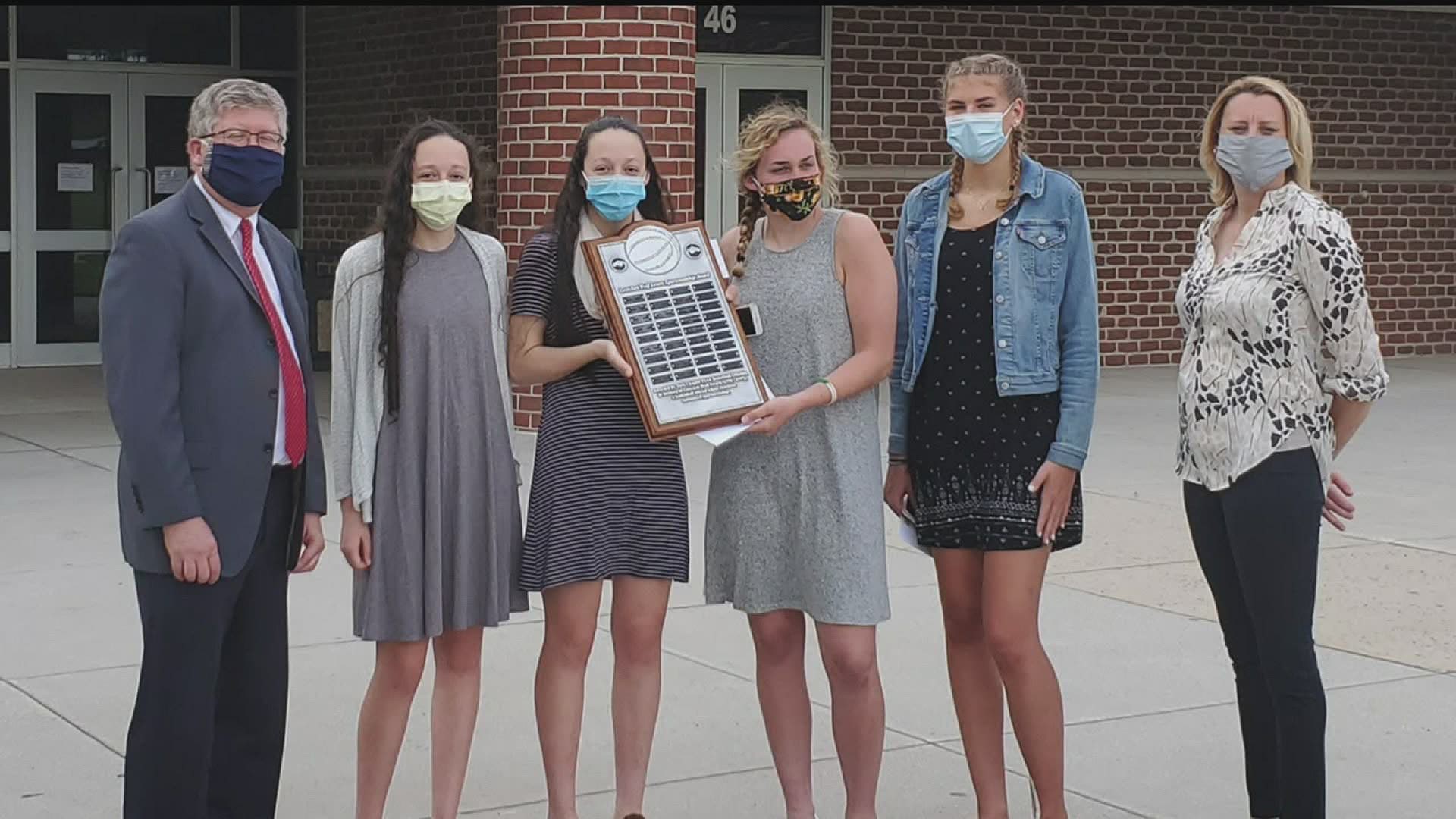 GETTYSBURG, Pa. — Good sportsmanship and fair play pays off for the Gettysburg girls basketball team.  They are chosen to receive the Gretchen Wolf Swartz Sportsmanship Award for the 2019-20 season.  As a result, the seniors on the Warriors are able to apply for scholarship money available from the organization.  The Gretchen Wolf Swartz Scholarship fund awarded four Warriors a total of $56,000 in scholarships, $14,000 each.  The scholarship recipients were honored at a ceremony outside of Gettysburg High School on Wednesday. Lily Natter, Taylor Richardson, Cheyenne and Madison Proctor are the scholarship winners.

The awards are presented in honor of former York County basketball official Gretchen Wolf Swartz who died of leukemia in 1997.   The York Suburban boys will receive their awards next week.  The board has now gifted almost $600,000 in scholarships since 2001.