Even with Alex Smith playing very well, the Detriot Lions were able to sustain a win over the Washington Football Team on a late field goal. 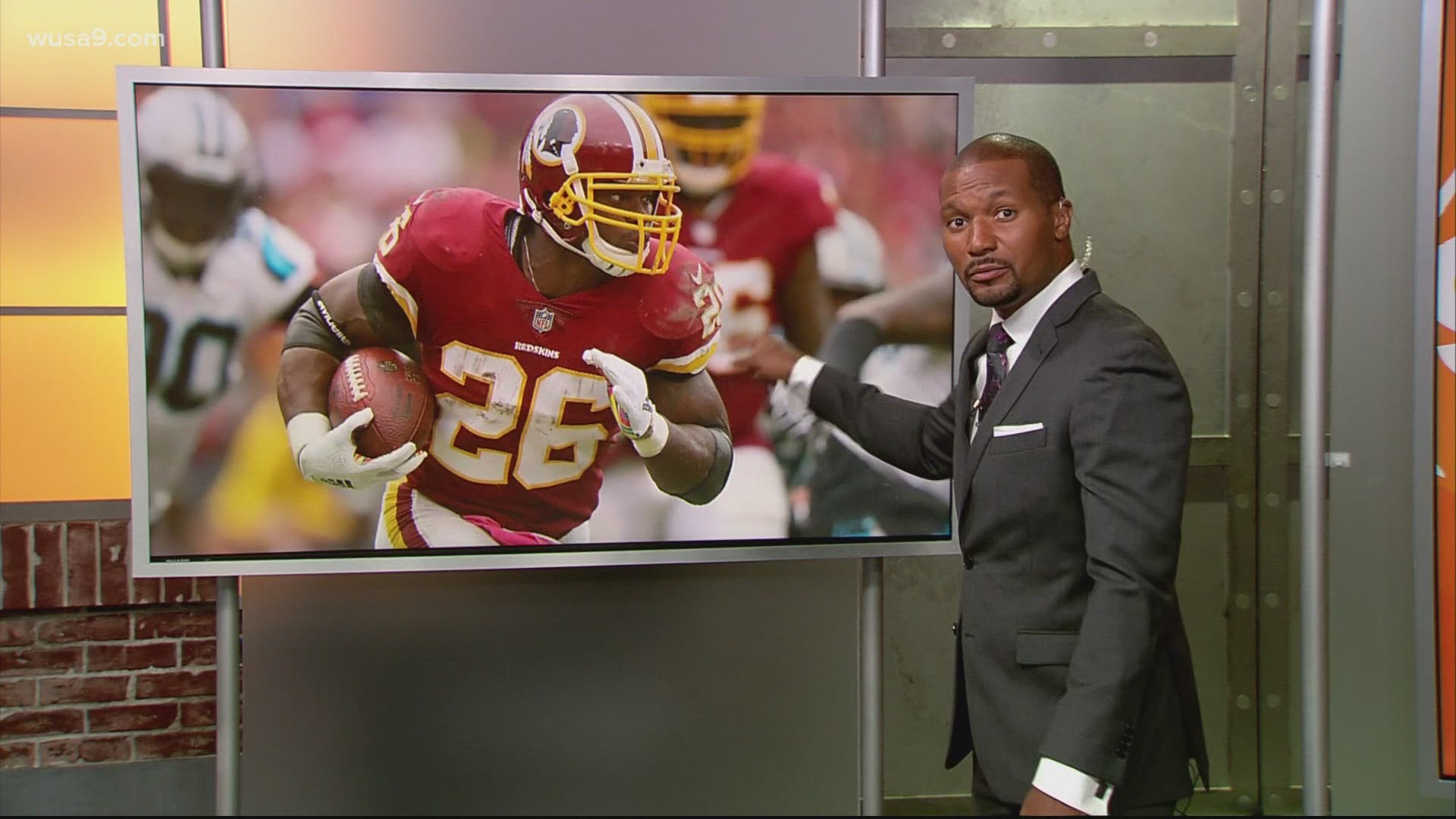 WASHINGTON — Detroit Lions running back Adrian Peterson was able to get past the Washington Football Team only a few months after being released by the Burgundy & Gold.

Peterson talked in an interview with WUSA9 earlier in the week that he was looking forward to facing his former team. And wanted to win.

Peterson played a role in not only running the ball but being targeted as a receiver from the backfield. It's something that he's had to learn as the veteran looks to keep up with a change NFL.

RELATED: Adrian Peterson playing with a 'chip on the shoulder' against his former team

The Lions beat Washington 30-27 on a buzzer-beating field goal after it almost blew a 21-point lead to Washington on a career day by Alex Smith, who was making his first NFL start in almost two years

Matt Prater's kick for Detroit was good from 59 yards as time expired. Prater also gave the Lions the lead back with 2:27 left, after Washington tied it again on a Dustin Hopkins field goal.

The Lions (4-5) won at home for the first time in more than a year after building a 14-point lead at halftime and going ahead 24-3 midway through the third quarter.

Washington (2-7) also came up short in a comeback attempt last week, losing 23-20 to the New York Giants after trailing by 17 points.

Washington's defense helped them get back in the game and it has now recorded 21 straight games with a sack for the Burgundy & Gold.

Alex Smith had 390 passing yards and 38 completions. It was the first time in 728 days that he had started a game in the National Football League (NFL).

Washington's next game is Nov. 22 at 1 p.m. against the Cincinnati Bengals.

Despite the 30-27 loss to the Lions, Alex Smith sets his new career high for passing yards (390) and completions (38) in his first start in 728 days. That was also Smith first loss against the Lions. He was 5-0 coming into this game. @wusa9 @WUSA9sports #WashingtonFootball pic.twitter.com/6CdThUpl6B