YORK, Pa. — A special memorial for five-time NBA champion Kobe Bryant is taking shape in York, Pennsylvania. “He was such an inspiration to so many ... 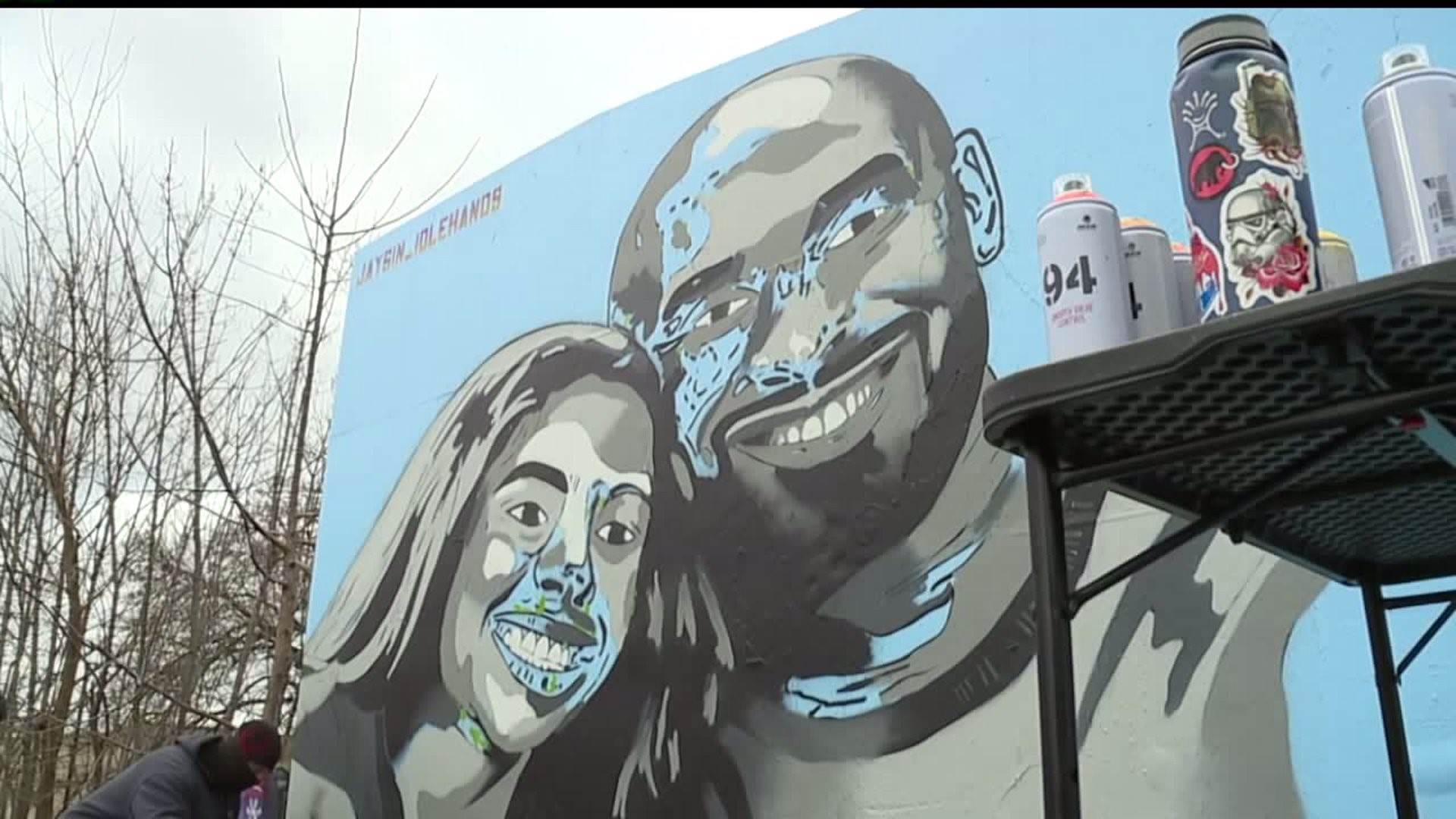 "He was such an inspiration to so many people. His drive, his motivation," explained Jaysin Jefferson, a York tattoo artist.

"We just thought it would be a good idea to do a memorial for him and his daughter and the people in the helicopter crash," explained Jefferson.

Jefferson is one of 5 local artists who are transforming the Penn Street Art Bridge into a touching tribute to Kobe Bryant and his daughter, Gianna, who also played basketball. The Penn Street Art Bridge was established in 2017 to transform a vandalism issue into a creative community asset. It's described as a self-organizing art space for artists to share their work.

"This piece right here is very, very emotional," explained Roger Myers, who has painted the bridge before.

Every detail on the bridge honors Kobe's life and legacy.

FOX43 saw dozens of people stopping to take pictures of and with the bridge.

"So many people have come by cause they followed him and he touched their lives. It's a good way for people to interact and maybe come out here and maybe feel for him," explained Jefferson.

Jefferson says it's a way for people to heal and to remember one of basketball's greatest.

Fierce competitor and legend are two of many words used by fans to describe Kobe Bryant.

"Him from being from PA, and he's been nothing but an inspiration to not only me but everybody across the world. This is beautiful," said one passerby.