Step inside a haunted Airbnb in Adams County

ADAMS COUNTY, Pa. — When day turns to night at this mysterious Adams County home, the living pay good money looking to curl up next to the dead. “It... 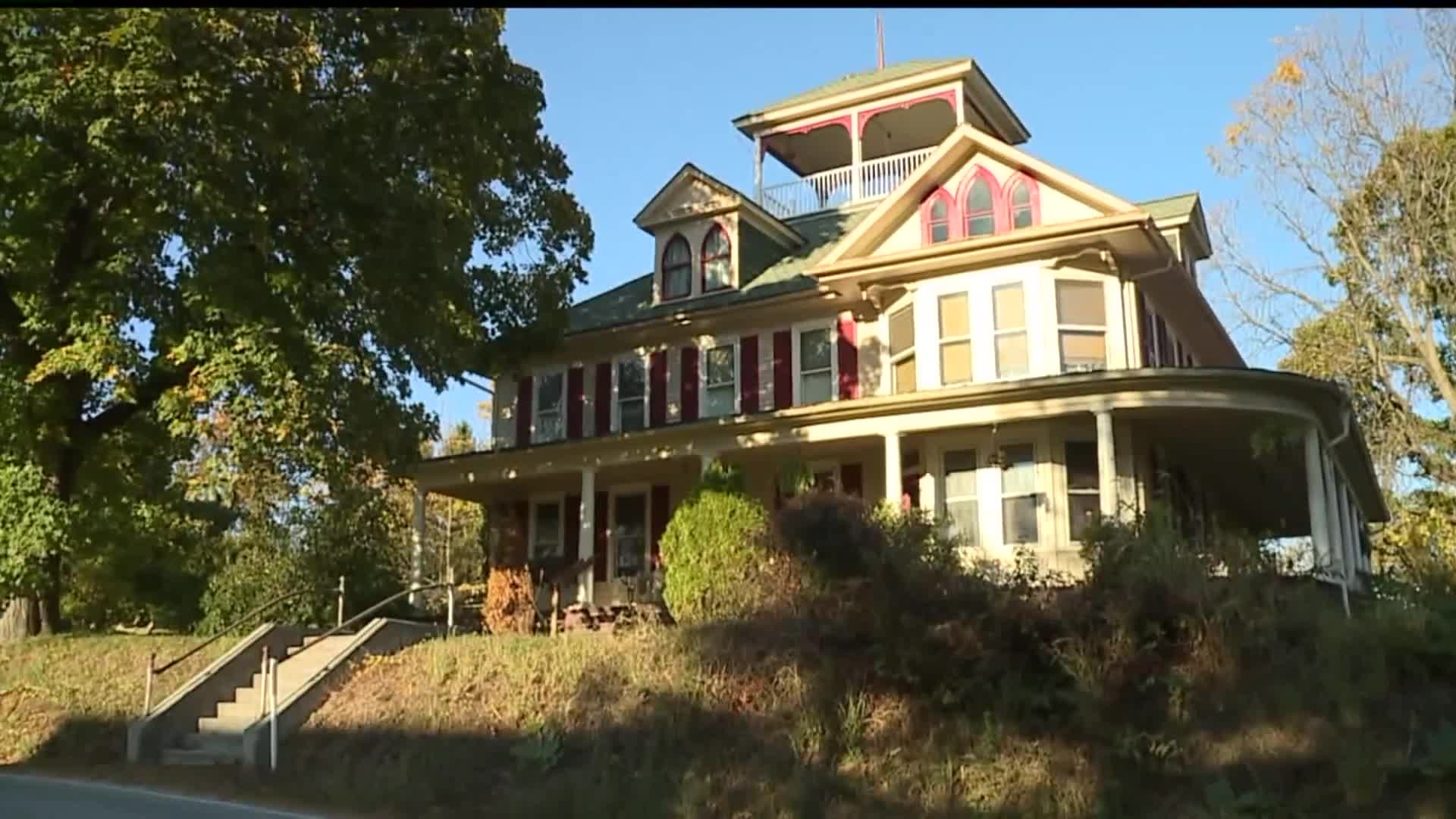 ADAMS COUNTY, Pa. -- When day turns to night at this mysterious Adams County home, the living pay good money looking to curl up next to the dead.

"It's like a broken record going over and over and over; they're not communicating with you. They don't know you're there. They're just doing the same thing they were doing," said Tania Laskowski.

Tania and Russ Laskowski lived at the historic lookout house for two and a half years.

"There was a little game we'd play where we'd hide a troll on each other. Well, the house started to play with us, and it was starting to move the troll on its own," explained Tania.

"The house was getting a little bit too much to live in with as haunted as it was with only two of us living here," added Tania.

"I work from home," added Russ. "Being here 24 hours a day, 7 days a week, really never leaving the house. It was really zapping my energy."

The couple moved out and partnered with Pam Barry, a paranormal investigator also from Adams County. Together, they transformed the place into what is now being called one of the top spooky places to stay this Halloween on Airbnb.

As innkeeper, Barry wants to make everyone feel welcome for a not so obvious reason.

"A lot of times when you're relaxed, the spirits come try and talk to you," she said. "That is why when people come in I love to try and make them relax."

Barry is doing a good job of that, according to Airbnb's website; she is listed as an experienced super host for providing outstanding hospitality.

The Historic Lookout House was even featured in a new video produced by Airbnb about its spooky encounters; it received positive reviews from paranormal investigators to people who just enjoy a slice of history.

"We do know that the confederates came through here," explained Tania. "They were up in the attic. They were taking apple butter, apples..."

"Before they left, they stuck their fingers in all the apple butter to spoil it," added Russ.

Every room in the house has its own unique look and story, including a library with haunted artifacts and an old smoking parlor.

"We get some really good EVPs in there," added Barry.

EVP means electronic voice phenomena, aka recordings of strange sounds and voices onto tapes, videocassettes, and other electronic devices which are blieved to be the voices of spirits trying to communicate with us.

"I hear a ladies dress ruffling down the hallway," said Barry.

A trip to the top of the house gets a view of the rolling hills just outside Gettysburg.

"That was used by the farmers," explained Barry. "There were three sister houses in the community, and they would talk with mirrors in the sun."

Outside there are three acres of property to explore with more spooky tales every step of the way, including a haunted school house.

"They go around and feel the rooms they want to start with and they have the property to investigate," explained Barry.

FOX43 sat through one downstairs in the dark; lights out, and Keystone State Paranormal Society investigators urge spirits to move a ball.

A K2 meter lights up at the sound of FOX43's Grace Griffaton's voice; K2 meters detect changes in electromagnetic energy.

It is all apparently enough to turn some people into believers.

"We have had some people come down and say your house is haunted, and I say, 'Have you read our profile on Airbnb?' and they're like, 'yes, but I never believed, but now, I do," said Barry.

Last year, Airbnb listed the David Stewart Farm in Gettysburg as a top spooky place to stay; the ghosts there are considered friendly.

You can book your stay at the Historic Lookout House here.