A nearly identical bill passed in the House last year but did not go anywhere because the Senate was controlled by Republicans who opposed DC statehood at the time. 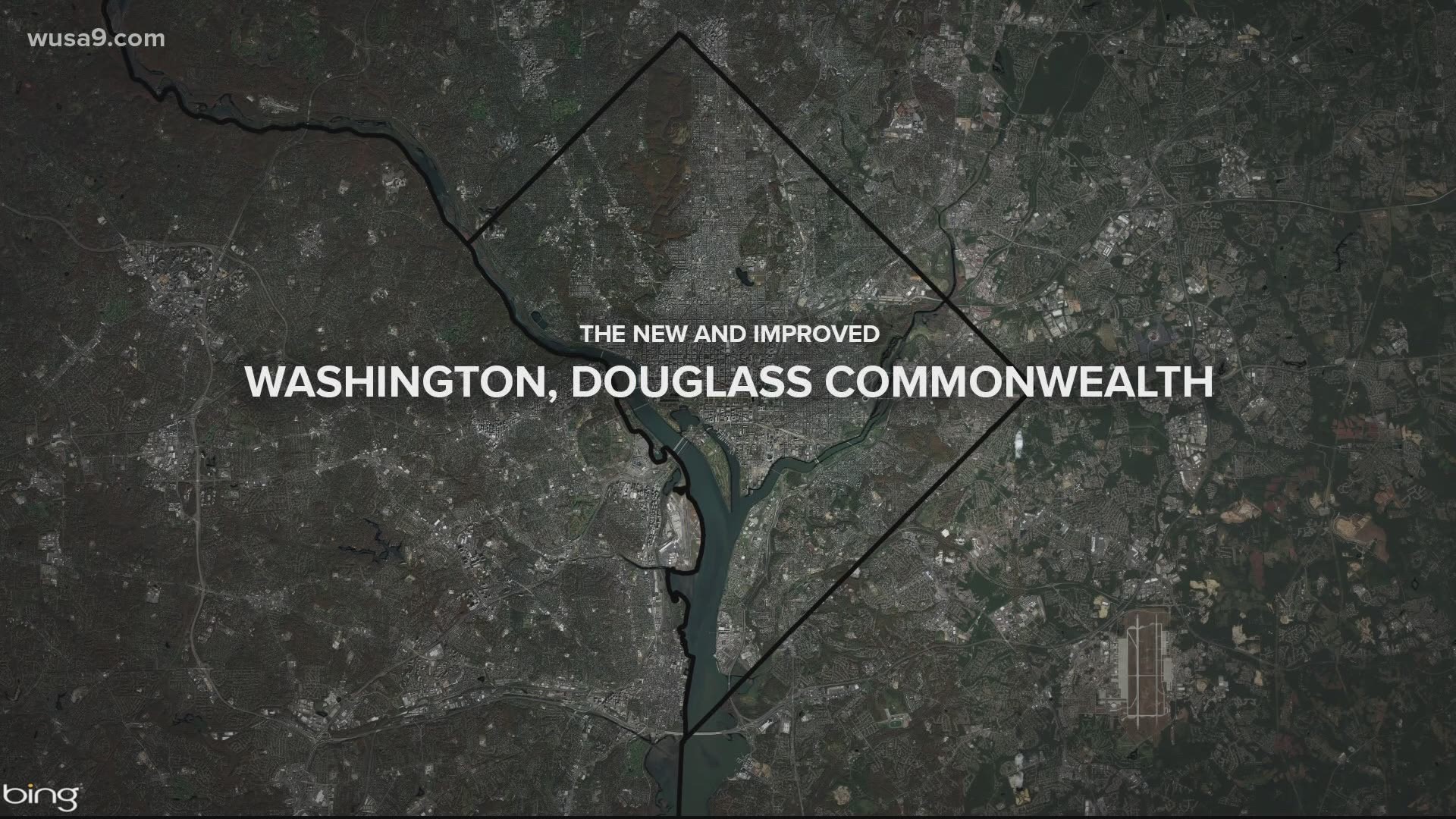 WASHINGTON — D.C. statehood is back in the spotlight with a hearing Monday on a bill that would make the District the country's 51st state.

The House Oversight and Reform Committee will discuss the legislation at 11:00 a.m.

A nearly identical bill passed in the House last year but did not go anywhere because the Senate was controlled by Republicans who opposed D.C. statehood at the time.

Supporters are hopeful things will be different this time around, but there are hurdles they will be facing.

The legislation would turn the District into the State of Washington, Douglass Commonwealth.

The proposed name would honor Frederick Douglass, who became an abolitionist after escaping slavery in Maryland.

The federal footprint in the city will also be reduced to about two square miles of federal buildings.

Currently, people who live here in D.C. pay more in federal taxes than 21 states and more per capita than any state.

Making D.C. a state would also ensure the District’s more than 700,000 residents have political representation in Congress.

D.C. Shadow Senator Paul Strauss told WUSA9 there will be some major obstacles in getting the bill passed in the Senate.

Supporters of D.C. statehood do not currently have enough allies in the Senate.

As long as the filibuster rule still exists, which requires a super-majority margin for most legislation, Democrats will need to get more support across the aisle despite having control.

Republican opponents of D.C. statehood see the bill as Democrats making a power grab even though some residents in Washington would argue that the legislation is a push toward equality and giving them a voice.