The remains of the children, who died between 1880 and 1910 at the Carlisle Indian Industrial School, will be sent to the closest living descendent. 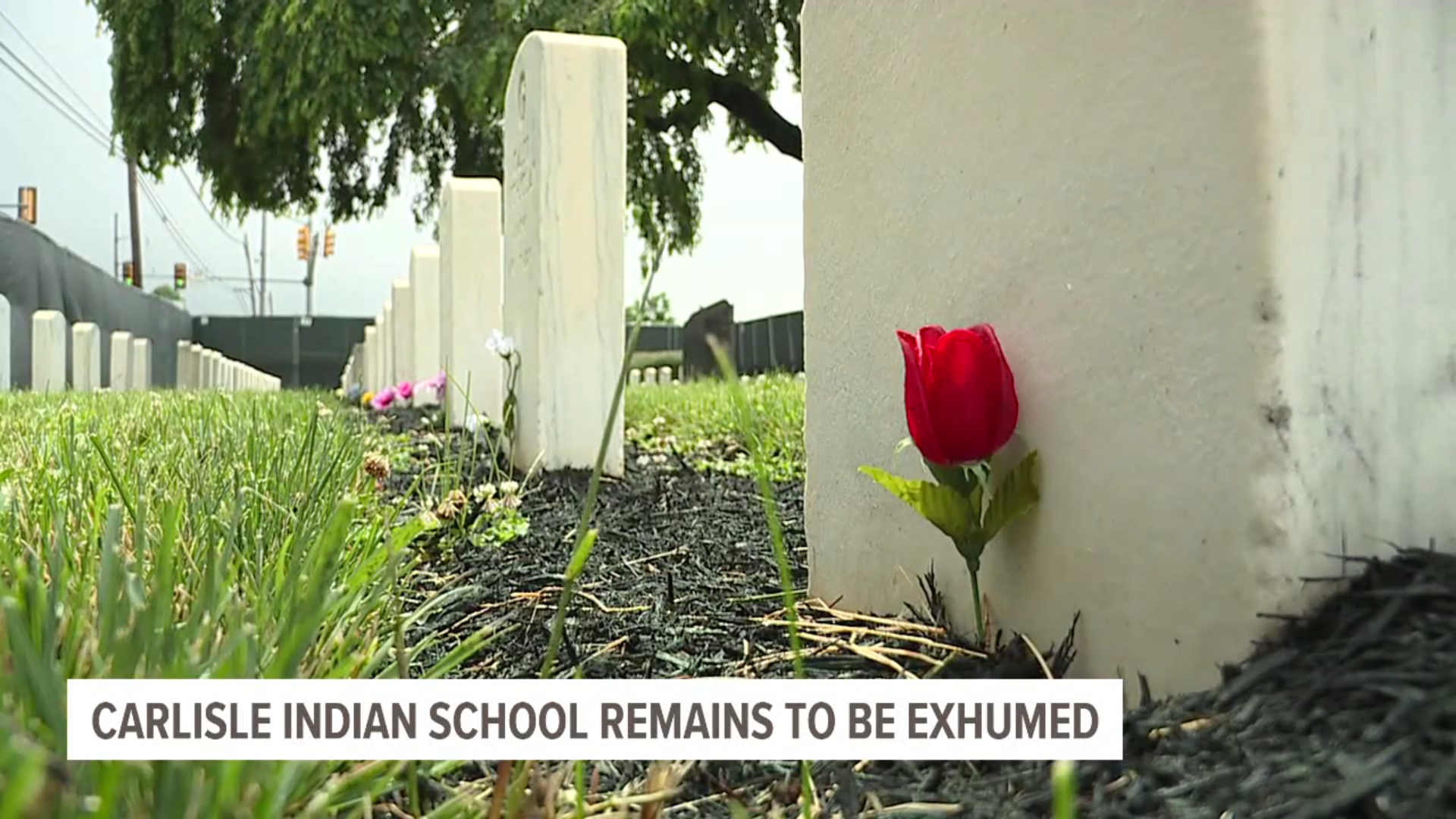 CARLISLE, Pa. — The remains of 10 children who died at Carlisle Indian Industrial School are scheduled to be exhumed on Thursday, June 17.

The remains of the children, who died between 1880 and 1910, will be sent to the closest living descendent.

Between 1879 and 1918, 9,000 Native American children were taught to assimilate into White American culture. They came from tribes around the country.

“If you took children away from their homes and their family life and isolated them in another space surrounded by the White culture, then you would be able to turn them into Victorian-era White boys and girls,” said Dickinson College archivist James Gerencser.

Carlisle was the first off-reservation boarding school for Native American students. Civil War veteran Lt. Col. Richard Henry Pratt founded the school under the belief that amid Westward Expansion, the only hope for Native American survival was to give up all native cultures and assimilate. He coined the term “Kill the Indian, save the man.”

“There was the saying that ‘The only good Indian was a dead Indian,’” Gerencser said. “Richard Henry Pratt was putting his spin on that and saying, ‘No, rather than killing them, we should be teaching them to be like us.’”

The school was considered a model of educational reform and labeled a “noble experiment.” It launched a movement of similar schools across the U.S. and Canada.

“Carlisle is the first, but this policy affected everyone and it's not well known. It's not in the history books,” said Cara Curtis, archives and library director for the Cumberland County Historical Society.

Children were separated from siblings and forbidden to speak their own language. The drastic change and strict regimen could have led to health issues, historians said, in addition to the risks already imposed by living in crowded boarding school conditions.

The Army will conduct the disinterment and return of remains to surviving family members who requested them.

“We should do everything we can to make sure it's a piece of history that doesn't get repeated and we teach about it so people learn from these mistakes,” Gerencser said.

Since 2018, the remains of nine other students have been returned to their surviving family members.