PennDOT says that several trucks were badly damaged in the crash, and the roadway didn't reopen until after 1:00 a.m. on July 9. 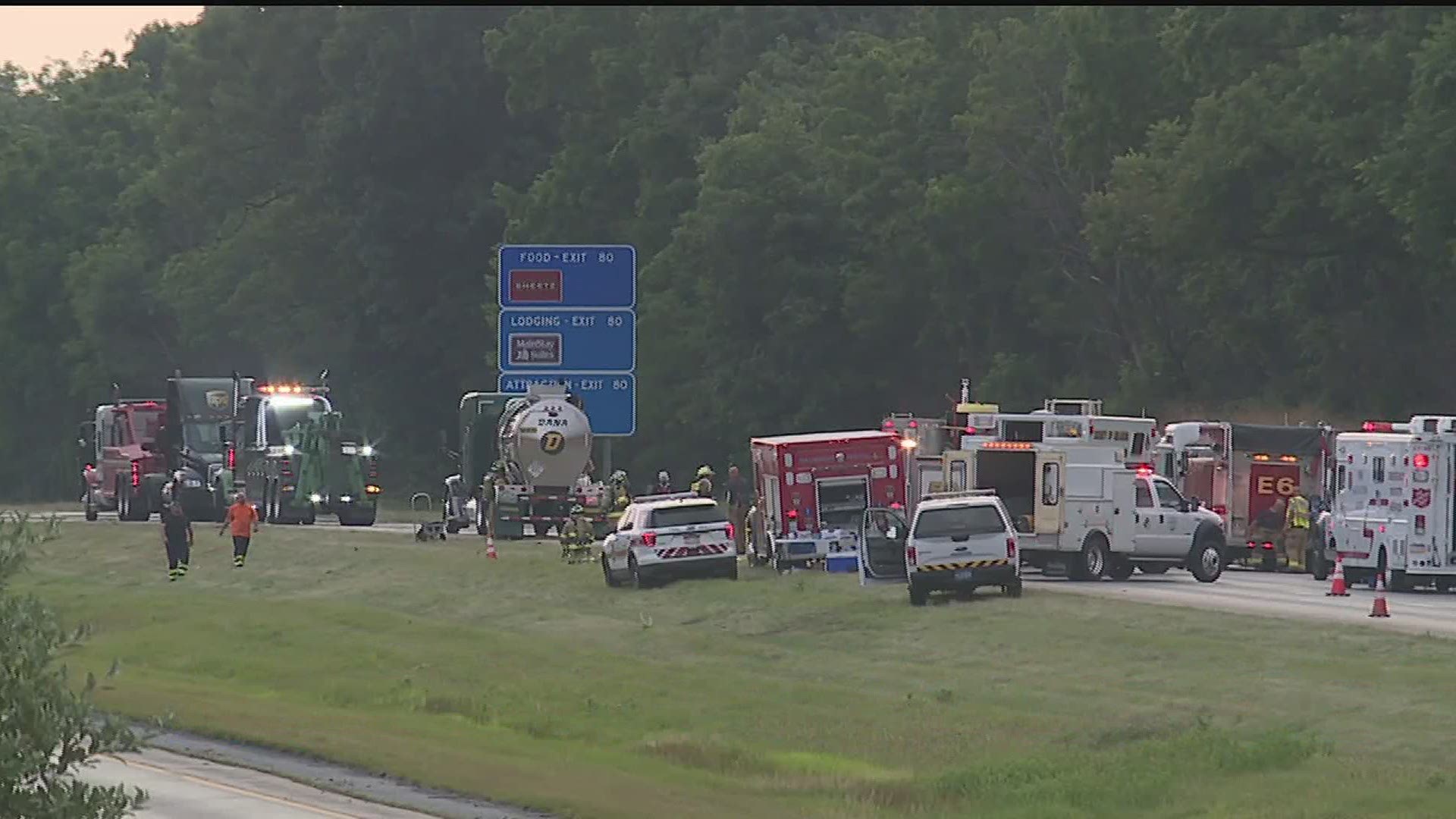 LEBANON COUNTY, Pa. — UPDATE (July 9, 3:30 PM) State Police confirm one person died in one if the 14 crashes PSP responded to on Wednesday.

Troopers were dispatched to milemarker 86.8 on Interstate 81 southbound just after 2 p.m. for a six vehicle crash.

Police say traffic was at a standstill due to another crash and heavy rains.

The driver of one vehicle did not notice the stopped traffic and struck the vehicle in front them at a high rate of speed. That driver died as a result of the crash.

UPDATE: At least one person is dead after a series of crashes shut down Interstate 81 for hours on Wednesday.

Hazmat is on scene of the crash at milemarker 82, but the trailer needed to offload the chemical has yet to arrive.

511PA reports the crash on Interstate 78 has cleared.

Interstate 81 in Lebanon County is closed in both directions due to five separate crashes, according to PennDOT.

PennDOT says at milemarker 82 in the southbound lanes, there is a 200-meter quarantined area due to a hazmat issue. That crash reportedly involves between six or seven tractor trailers.

At milemarker 87 in the southbound lanes, there was another crash involving four or five tractor trailers.

PennDOT says at milemarker 88, a crash involving between five and 10 tractor trailers ended with one truck over the embankment. There is also reportedly a fiberglass material over the road.

Finally, PennDOT says Interstate 78 Westbound is closed for a tractor trailer that hit the bridge over the Swatara Creek.

That trailer reportedly cracked in half.

Due to the nature of the crashes, several trucks were badly damaged, and PennDOT says they will need to be unloaded by hand.

Those trucks will also need to be towed, which is expected to take several hours.

There is no estimate for reopening time of the roadways, except possibly the overnight hours to early morning.

One person was killed, PennDOT confirmed.