YORK, Pa. — A York company leaves its mark on the walls of the White House. Wallpaper, designed by York Wallcoverings now decorates the Oval Office. It wa... 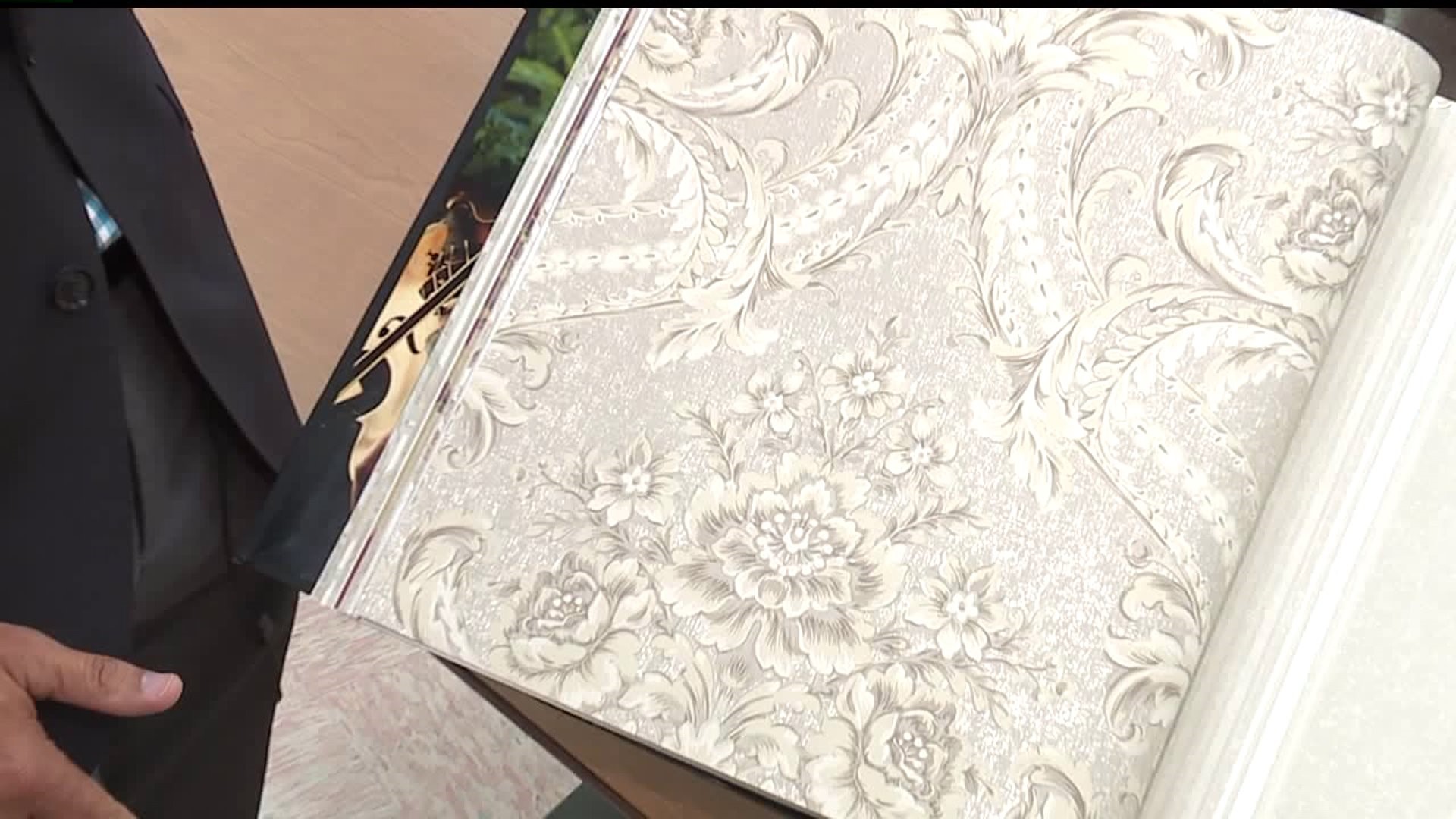 YORK, Pa. -- A York company leaves its mark on the walls of the White House. Wallpaper, designed by York Wallcoverings now decorates the Oval Office.

It was an order employees didn't expect.

"We get the call over the loudspeaker that we have the White House on the phone, so I called down to the receptionist to say I thought it was a prank," said Deanna Hain, Director of Marketing for York Wallcoverings.

However, there was a slight problem - the company actually discontinued the wallpaper style in 2014.

"They quickly realized it was the real deal so all hands on deck because the pattern was actually expired," said PJ Delaye, President of York Wallcoverings.

"The guys had to scramble, stop everything, pull the new cylinders out," explained Jared Ludwig, Vice President of Manufacturing.

Around twenty employees combined their efforts - handpicking the paint colors, halting other production, and running a special printing to make sure they could deliver the decor to the White House, which they did, driving to Washington the same day.

It was a proud moment for the company.

"You don't count the 300-some employees who felt humongous pride because this is by far one of the most prominent offices we've had the pleasure of adorning the walls," added Delaye.

It's not the first time the company's decorated our President's home.

"I believe with George Bush, we were in the bathroom, so we joke we kind of upgraded ourselves to a more prominent space in the building," added Hain.

It is the first time, though, the company's manufactured something for the Oval Office.

It's a company in operation since 1895, delivering to customers all around the world and happily York made.