YORK, Pa. — “Let’s work! Get that money!” Antwoine Dorm barks encouragement from behind the ropes of a boxing ring to a pair of his stud... 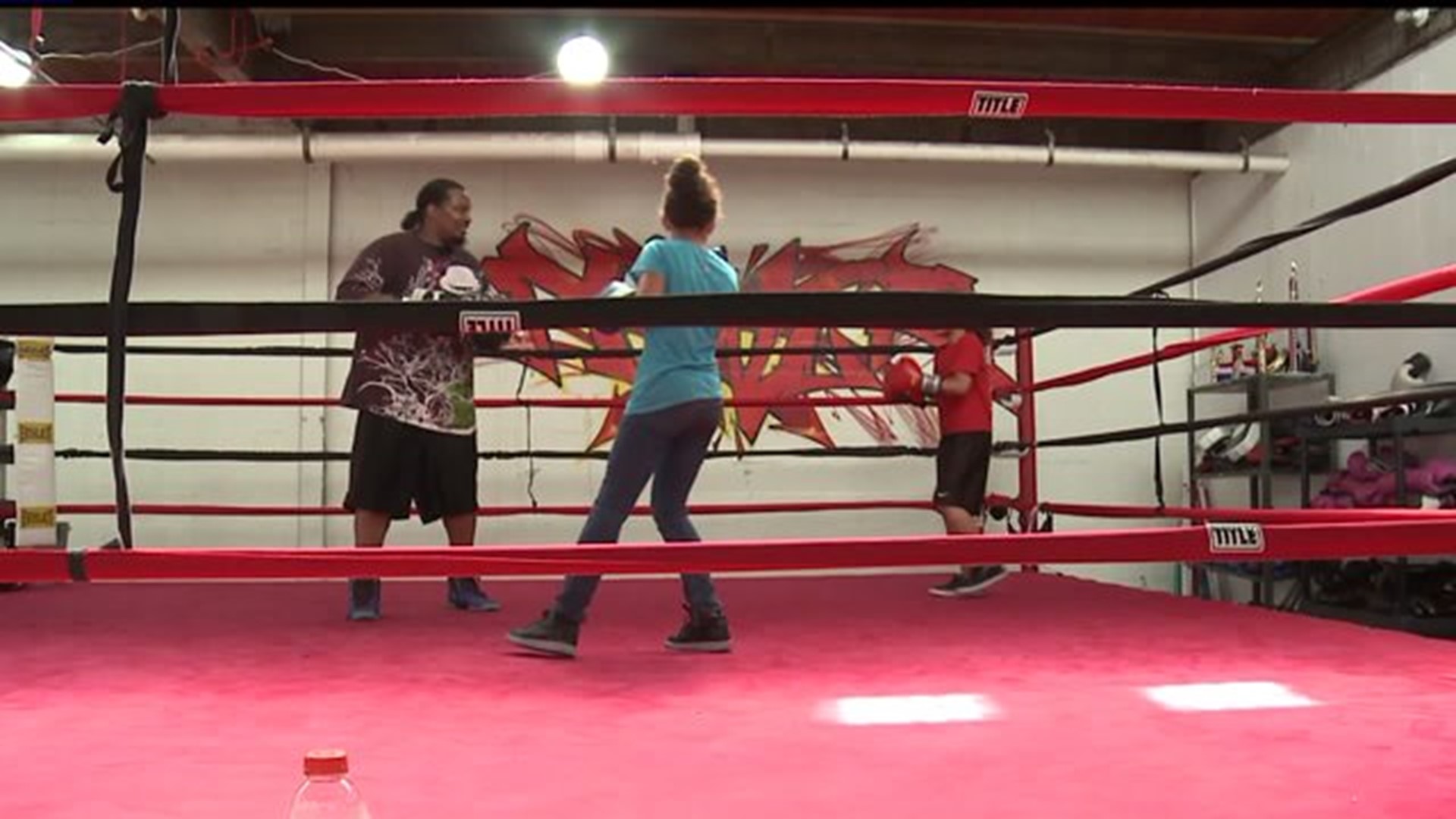 Antwoine Dorm barks encouragement from behind the ropes of a boxing ring to a pair of his students.

"Shorten your punches up!" he shouts to the two young boxers in the ring. Their fists and feet moving to the beat of James Brown music blaring over the gym's speakers. Dorm says the Godfather of Soul gets his students moving.

After the two finished their workout, Dorm turned and said, "Father's Day is every day."

Dorm has willingly taken on the responsibility of not only coach, but father figure. In running Stick N Move Boxing on Market Street behind New Grounds Coffee in downtown York, Dorm welcomes anyone who wants to learn The Sweet Science. In doing so, he's turned his gym into a second home for dozens of area youth. For many of them, Dorm has become a second father.

Dorm opens Stick N Move's doors as a haven for kids to get away from the violence and drugs on the streets. The program has a motto -- "You can't pull a trigger with a boxing glove on" -- and Dorm says he preaches it to kids and their parents alike.

"Do you want them in here with me or you want them out there killing and robbing you?" he asks rhetorically. "It's a lot to take on but its a need and somebody's gotta do it."

Each night, Dorm estimates working with 30 to 50 teens and pre-teens. He says around 500 people throughout York County are signed up through the Stick N Move program, ranging in age from 8 to adult. When they come to the gym, they learn more than proper footwork and how to punch. Lah-Keem Brown, a 14-year old from York, says Dorm teaches them how to eat right and study hard.

Dorm adds he'll talk to his "kids" about relationship issues, family members passing away, and even street violence as well. He has five of his own children, three of which take part in the program.