Two men accused of fighting at Gettysburg Walmart; one is stabbed, the other bitten

GETTYSBURG, Adams County — Two men have been charged with assault and harassment after they allegedly got into a physical altercation in a Walmart parking... 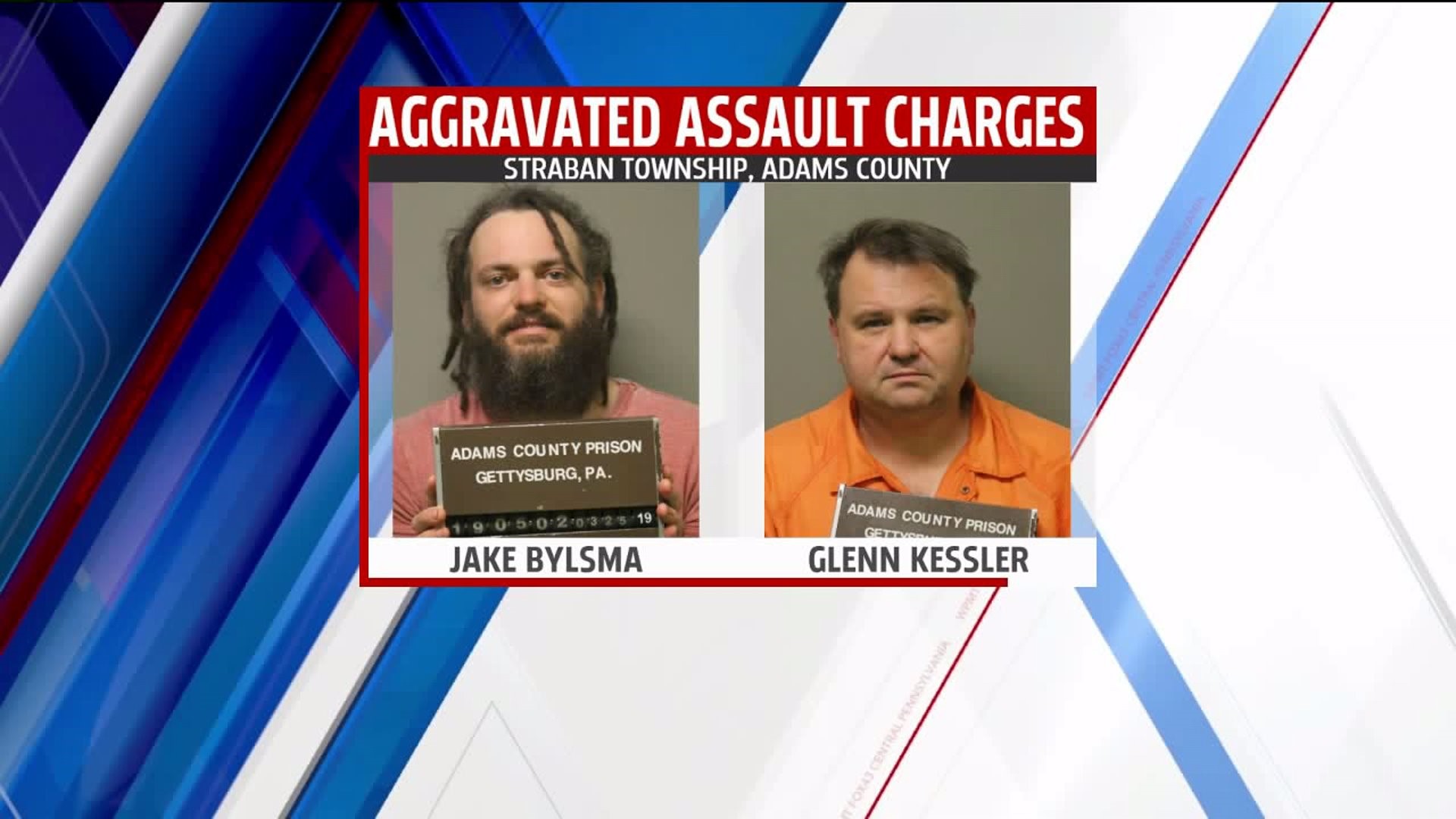 GETTYSBURG, Adams County -- Two men have been charged with assault and harassment after they allegedly got into a physical altercation in a Walmart parking lot last month, according to criminal complaint affidavits filed by police.

Jake Douglass Bylsma, 24, of Coeur d Alene, Idaho, and Glenn Kessler, 56, of Fairfield, were charged after the incident, which occurred March 24 on the 1200 block of York Road in Straban Township, State Police say. Both men are charged with aggravated assault, simple assault, and harassment.

According to police, the incident began around 3:31 p.m., when several people called 911 to report an altercation between two men in the parking lot, police say. At least one person reported that one man appeared to have a hand gun, and another had sustained a stab wound, according to police.

Troopers arrived on the scene and identified Bylsma and Kessler as the men involved in the fight. Bylsma had sustained a stab wound to his left arm, according to police, while Kessler had bruising to his head and a bite mark on his left ear.

Both men were taken to the hospital for treatment of their injuries, according to police.